‘It doesn’t make sense’: Widow of Briton, 52, found hanged in Qatar after ‘being tortured by secret police’ on Christmas Day doubts Doha’s claim it was suicide and fears she will never know what happened

The widow of a British travel executive found hanged in a Qatar hotel room days after he was ‘tortured by secret police’ has said his death ‘doesn’t make sense’.

Experts have warned that England football fans ‘are not safe’ at the desert state’s World Cup this winter following the shocking death of Marc Bennett in 2019.

The 52-year-old had been headhunted to boost the regime’s tourism trade ahead of the tournament.

But after he resigned from Qatar Airways and considered a job with a rival Saudi firm he was arrested at the state airline’s offices in Doha in October 2019.

Mr Bennett was taken blindfolded and handcuffed to a security detention centre where he claimed he was stripped naked and tortured over his ‘Saudi contact’.

The father of three was allegedly blasted with high-pressure hoses, slammed against walls and subjected to sleep deprivation techniques while held for three weeks. 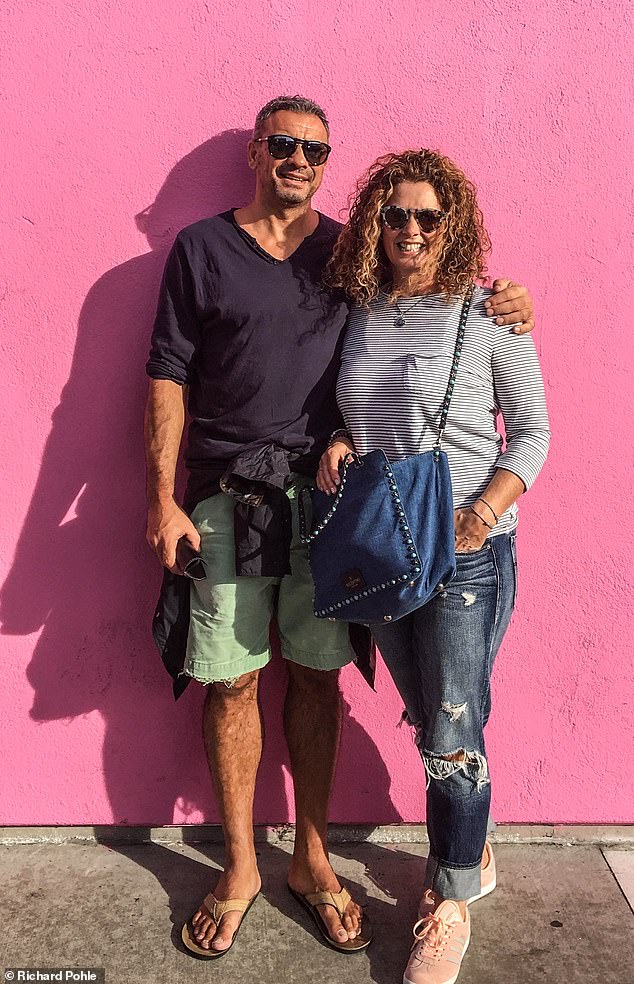 Nancy Bennett, 51, the widow of Marc Bennett who was found hanged in a Qatar hotel room in 2019, said his death doesn’t make sense

He was unexpectedly released on November 2, 2019 – one day before a UN mission was inspecting detention centres in Qatar – and dumped in a Doha hotel.

But Mr Bennett was left in ‘legal limbo’ not knowing if he would be re-arrested or allowed to return home to the UK before he was found hanged by a receptionist on Christmas Day.

Mr Bennett’s death had been labelled a suicide by local authorities but West Sussex coroner’s court refused to record a conclusion of suicide saying there was ‘not sufficient evidence’.

His widow, Nancy Bennett, 51, has said she may never know what happened to her husband in his final hours.

Mrs Bennett, from Sussex, visited the room where he was found and said the regime’s claims of suicide ‘didn’t make sense’. 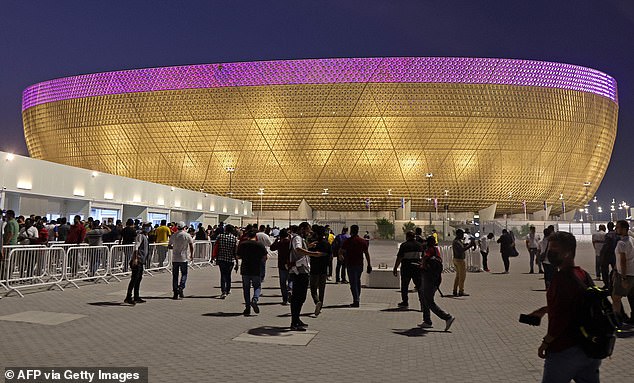 A spokesman for Detained in Dubai said Britons are ‘not safe to visit or work in Qatar’ and questioned the ‘astonishing’ decision to allow the state to host the world cup. Pictured: people arrive at the Lusail Stadium ahead of the orientation event for the World Cup

‘It was honestly as if there had been a knock at the door, you put your book down, you go and open the door, and then you would go back to reading your book,’ she told Channel 4 News.

She also said the family had video called Mr Bennett and he was laughing with his family on the eve of the ‘suicide’, The Times reported.

The Foreign Office was under pressure last night after it closed Mr Bennett’s case without a single minister ever contacting his family.

Officials dropped it a week after Liz Truss became foreign secretary on September 22 last year – and one month before she visited the emir in Qatar.

‘We felt our questions went to the very bottom of the filing tray – we got replies but they were very bland, basically saying ‘we’ve done what we can’,’ Mr Bennett’s mother, Micki, 81, told The Times. 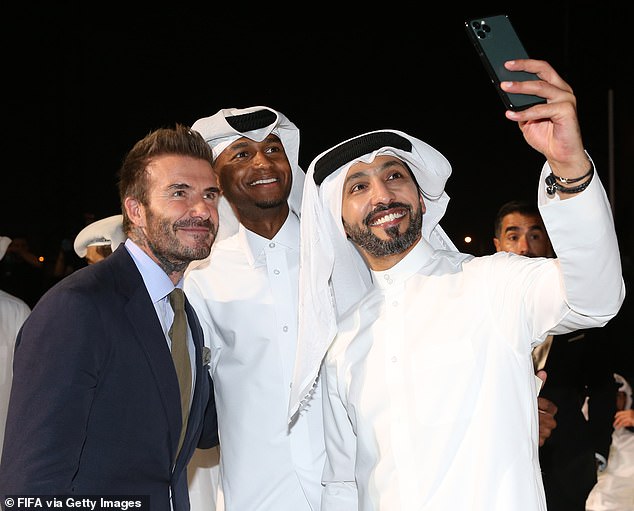 Experts have warned that England football fans ‘are not safe’ at the desert state’s World Cup this winter following the shocking death of Marc Bennett in 2019. Pictured: Former England player David Beckham poses for a picture with one year to go until the World Cup

It comes as campaign group Detained in Dubai released an app for football supporters to download with an emergency chat channel to contact if they get arrested by authorities.

It added that Britons ‘are not safe to visit or work in Qatar’ and questioned the ‘astonishing’ decision to allow the state to host the World Cup.

The State of Qatar has said it ‘categorically denies allegations of mistreatment in its detention facilities’.

It added: ‘All detainees are treated with respect and dignity in accordance with international standards.’

Qatar Airways said: ‘Marc Bennett was a valued and popular former colleague of Qatar Airways Group… he left [the firm] with our best wishes.’