Meteorologists are predicting the ‘unsettled’ weather to continue throughout August, with spells of rain expected to be heavy at times. Today, the Met Office is issuing a yellow weather warning for thunderstorms in parts of the south east. London, Portsmouth and Brighton are some of the areas under warning, with caution issued for heavy showers and thunderstorms, potentially causing further disruption to travel routes. The Met Office weather warning also suggests a small chance of flooding to homes and businesses.

Away from the south east, predictions suggest the UK will see a mix of sunny and shower spells today, with rain becoming more frequent and heavy in the afternoon.

For the rest of the summer, the Met Office long range forecast predicts: “The unsettled theme looks set to continue, with low pressure systems affecting the UK.

“This is likely to bring spells of rain, which could be heavy at times, especially in the west or northwest.

“These will be interspersed by brighter and showery interludes across the UK. 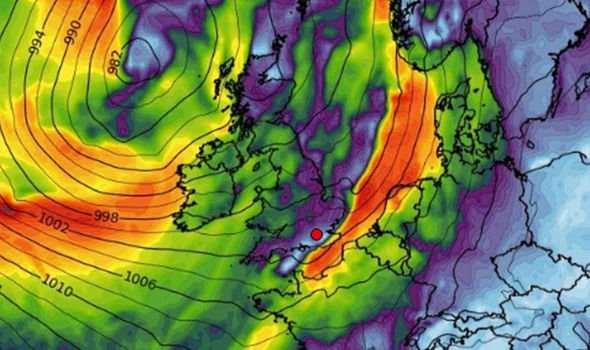 “It will be windy too, with gales at times, especially in the north and west.

“Any drier spells are likely to be brief, and will most likely be in the south or southwest.

“Towards the end of the period, there are some signs that longer drier spells may occur, especially in the south.

“Temperatures will often be below normal for the time of year, with some chilly nights at times during any quieter spells.” 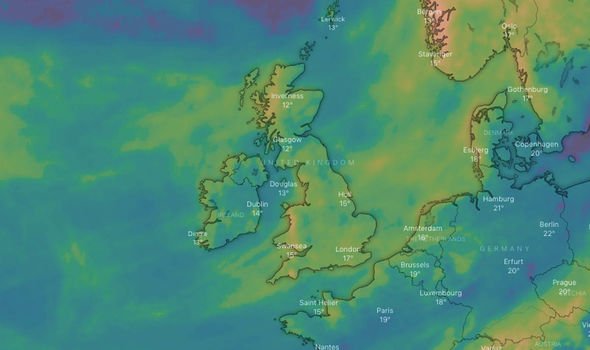 The bleak outlook for the rest of the summer follows a weekend of disruptive weather and travel chaos.

Rain, wind and flooding caused widespread disruption to rail routes across the country.

Numerous cases of trees falling onto lines caused widespread delays, and one man was severely injured after a tree fell on him in London.

Power cuts after two power stations failed resulted in many being left stranded on trains, without access to food, water or toilets. 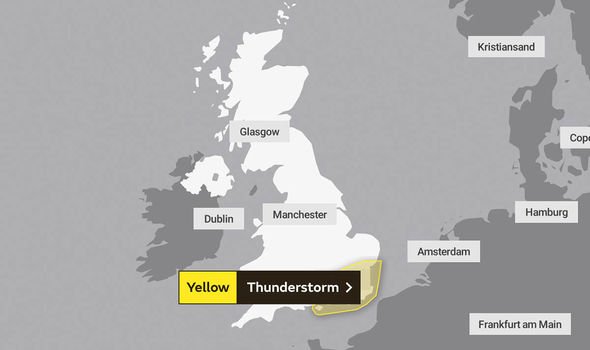 Weather conditions became so bad that King’s Cross and St Pancras stations were forced to shut during London’s evening rush hour on Friday.

However it wasn’t only train routes which were disrupted by the weather.

Ferry passengers at Dover were delayed by up to six hours at the weekend.

Saturday also saw plans for events at the Blackpool Air Show cancelled, and tents were wrecked at the Boomtown Fair festival in Winchester.

STOCKHOLM • Sweden should have done more to combat the coronavirus, the epidemiologist behind a national strategy that avoided the strict lockdowns seen in many…

BERLIN (REUTERS) – A summit planned for September in Leipzig, Germany, between China and the European Union has been postponed because of the coronavirus, the…