Taylor was arrested on Sunday, September 13, and spent more than five hours with detectives at Cannington Police Station before being released that night. 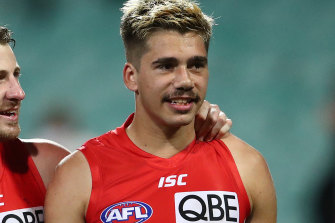 Elijah Taylor after Sydney’s round eight win over Hawthorn.Credit:Getty Images