Next on the Taco Bell menu: a giant Cheez-It.

The Big Cheez-It Crunchwrap Supreme for $4.29 is essentially the tostada but wrapped in a giant tortilla then grilled. 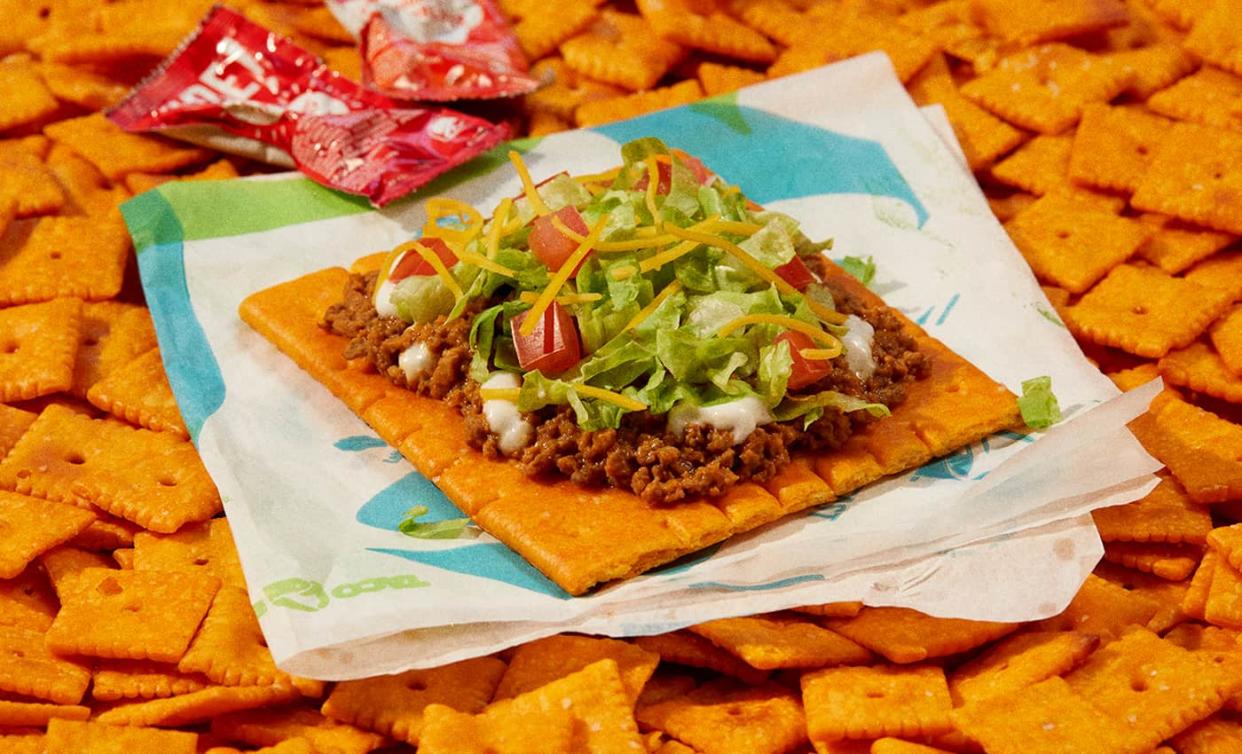 “We’re thrilled about this new concept with Cheez-It, which gives our fans the chance to experience the real cheese and crunch they love from both of our brands in a whole new way,” Liz Matthews, Taco Bell’s chief food innovation officer, said in a statement.

What about Mexican Pizza?

Last month, Taco Bell had to remove the popular Mexican Pizza from its menu weeks after bringing it back because of high demand.

“While we’re currently selling out, for now, we’re working diligently with our restaurants and suppliers to get more back in the hands and stomachs of our biggest fans by this fall,” the chain said in a letter to fans in May.