TAIPEI (Reuters) – The risk of accidental conflict is rising because of tension in the South China Sea and around Taiwan and communication must be maintained to reduce the risk of miscalculation, Taiwan President Tsai Ing-wen said on Thursday. 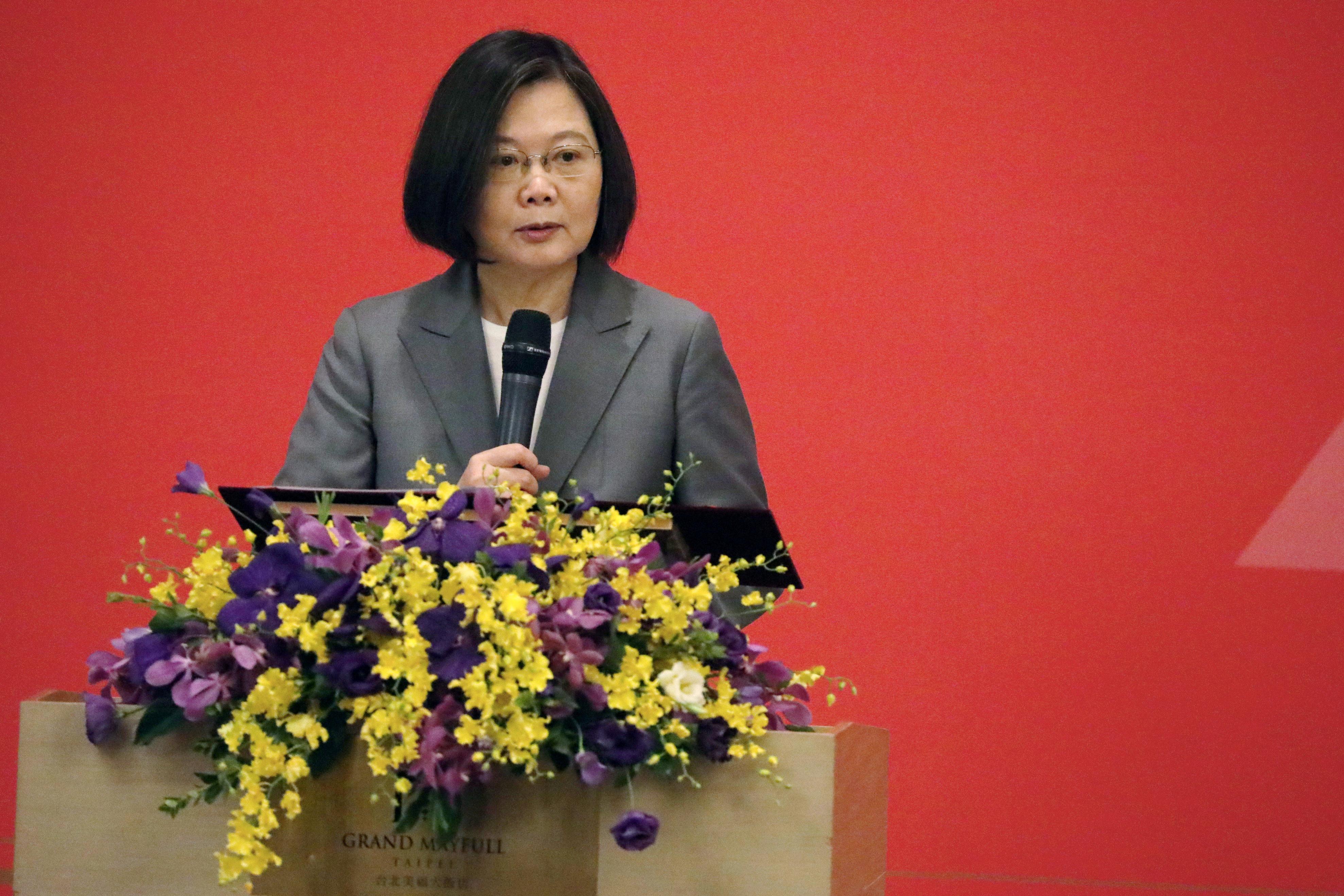 Democratic Taiwan, claimed by Beijing as “scared” Chinese territory, has complained of Chinese military activities near the island, in what it says in an attempt to force Taiwan to accept Chinese sovereignty.

The United States and China have also been conducting military exercises near Taiwan and in the disputed South China Sea.

“The risk of conflict requires careful management by all the parties concerned. We expect and hope that Beijing will continue to exercise restraint consistent with their obligations as a major regional power,” Tsai told a forum organised by the Australian Strategic Policy Institute.

Relations between China and the United States are widely seen to be at their worst point in decades, with deepening mistrust and friction over the novel coronavirus, U.S. accusations of unfair trade practices, and disputes over Hong Kong, the South China Sea and Taiwan.

Tsai said the international community had closely followed the situation in Hong Kong as well as China’s militarization of the South China Sea.

“As a result there is now greater scrutiny over the situation in the Taiwan Strait,” she said.

“There continue to be significant concerns over the potential for accidents, given increased military activity in the region. Therefore we believe it would be important for all parties to maintain open lines and communication to prevent misinterpretations or miscalculations.”

Tsai said Taiwan needed to strengthen its defence capabilities, which she has made a priority.

“We do this because we know that in terms of our current situation, strength can be co-related with deterrence. It also reduces the risk of military adventurism,” said Tsai, who was re-elected for a second term in a landslide in January.

Tsai reiterated her commitment to peace and desire to talk.

“We are open to discussions with China, as long as they contribute to a beneficial relationship.”

But Beijing must accept that as a democracy, only Taiwan’s people can decide its future, she said.

China has refused to talk to Tsai, believing she is a separatist bent on declaring a Republic of Taiwan.

Tsai says Taiwan is a country called the Republic of China, its formal name.