Taipei: Taiwan’s President Tsai Ing-wen has resigned as chair of her party after it was routed in midterm elections by the Kuomintang (KMT), opening the door to a challenge by the KMT on the presidency in 2024 and a shift in Taipei-Beijing relations.

The DPP campaigned heavily on national security and the threat from China throughout its midterm pitch to elect mayors and county officials across the island of 25 million people, warning “the front line of democracy” was under assault from Beijing. 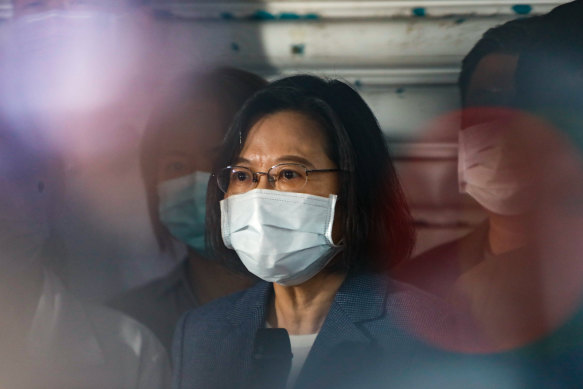 But that message did not resonate with voters, particularly around the capital, Taipei, where it lost neighbouring Taoyuan City, Keelung City to the KMT and Hsinchu City to the Taiwan People’s Party. The DPP, which has governed Taiwan since 2016, also failed to win Taipei City, after Tsai’s high-profile health minister was trounced by Chiang Wan-an, the 43-year-old lawyer and great-grandson of Taiwan’s nationalist generalissimo Chiang Kai-shek.

“We have done it together – this victory belongs to every citizen of Taipei. It is a win for light over darkness, for good over evil,” Chiang said before thousands of supporters on Saturday night.

Tsai bowed as she accepted defeat at the Democratic People’s Party headquarters in downtown Taipei on Saturday. 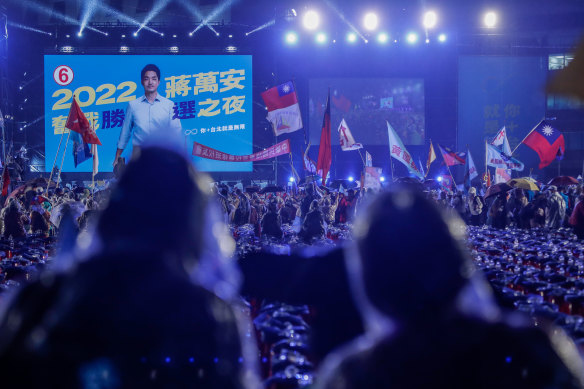 “I must shoulder all the responsibility,” she said. “Faced with a result like this, there are many areas that we must deeply review.”

The DPP failed to translate heightened nationalist sentiment into electoral support despite tensions rising through the breakout of war in Ukraine in February, an armada of Chinese naval ships effectively blockading Taiwan during Nancy Pelosi’s visit to Taiwan in August, and Chinese President Xi Jinping’s refusal to rule out using force against Taiwan at the 20th Party Congress in November. 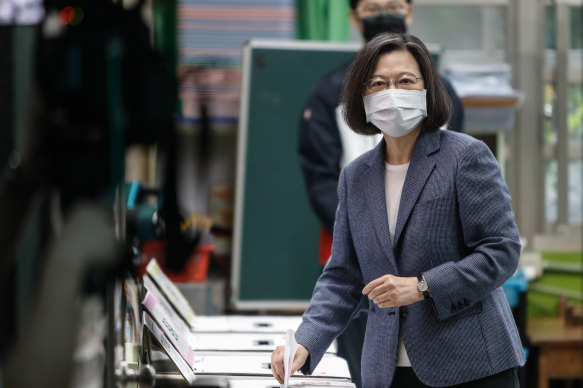 “The DPP is experiencing diminishing returns to its traditional brand of Taiwanese nationalism,” Sung said.

“Diplomatically, some pessimistic DPP-leaning commentators argue if the election ends up with three-quarters of cities handing the mayorships to China-dove KMT, rather than the Taiwanese nationalist DPP … international observers will question the viability of DPP’s ‘firm on China’ policy platform.”

Crucially, the DPP failed to win Hsinchu City, where the Taiwan People’s Party ran a cross-strait policy-free campaign, and Taipei City, where three of Taiwan’s past presidents have come from.

Taiwan’s Digital Affairs Minister Audrey Tang attempted to separate the local and national election campaigns by arguing that Saturday’s results would be based on responses to local issues such as garbage collection, subsidies and roads, but the DPP campaign run out of head office and distributed as far as the remote Penghu and Matsu islands was heavily focused on Taiwan’s response to China’s aggression.

“We have to protect the democracy of Taiwan,” said one of the DPP’s Taipei local council candidates, Line Yen-feng. 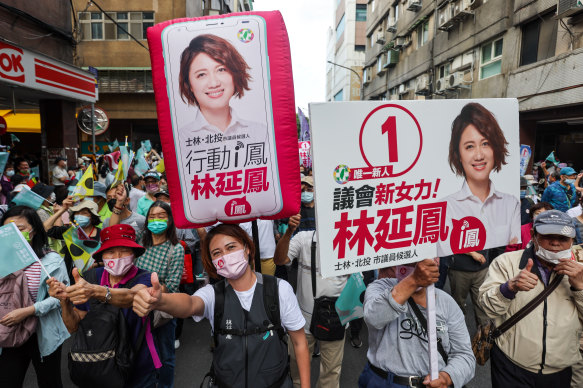 DPP supporter Andy Chen, 23, said the local election would have significant implications for the national poll.

“I think it is highly related to the presidential election. Because how people vote this time will show the kind of message Taiwan want to send to the whole world, as the agenda for DPP this time is to resist China and protect Taiwan.”

But he said the DPP had struggled to get its message out and accused Beijing of spreading misinformation throughout the campaign. Taiwan’s Foreign Minister Joseph Wu said on Wednesday there had actually been less interference by Beijing during this election compared with other campaigns. 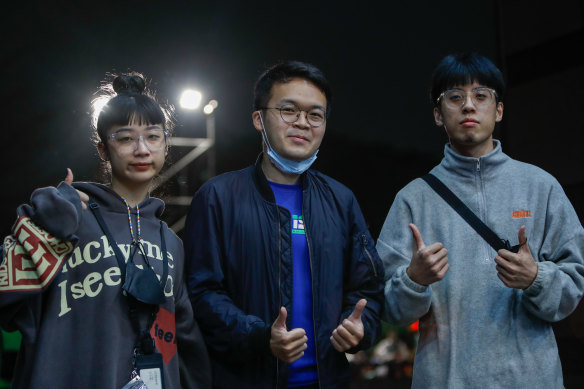 Tsai will stay on as president until her two terms expire in 2024. Premier Su Tseng-chang tendered his resignation on Saturday after the heavy losses suffered by the party across the country. Tsai urged Su to remain on her leadership ticket as the DPP prepares to face a re-energised challenge for the presidency from the KMT.

The face of that challenge is now likely to become Chiang, the Silicon Valley lawyer who returned to Taiwan to take up the KMT mantle from his grandfather, Taiwan’s former president Chiang Ching-kuo, and great-grandfather Chiang Kai-shek.

Chen said he would “party all night after” Chiang’s victory.

“The young generation believes in him,” he said. “People don’t have to worry about China attacking Taiwan, for the past 20 or 30 years, nothing has ever happened.” 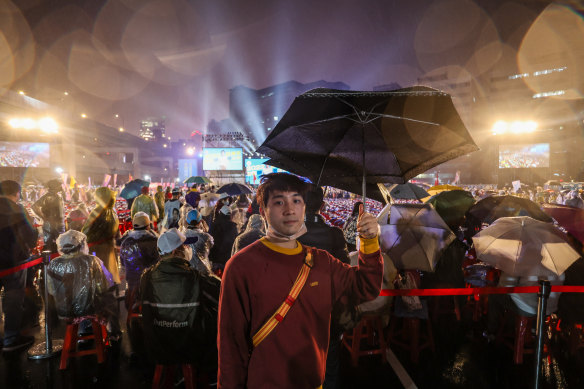 Despite his nationalist anti-Beijing pedigree, Chiang has criticised the DPP for harming the business relationship with China. He has also made clear he does not support unification with the mainland.

“The major business groups in Taiwan have urged both Taiwan and China to prioritise civilian and economic needs,” Chiang said in August. “The KMT would try to understand the need of young people in startups, Taiwanese businesses and students to maintain the bilateral talks.”

In a his victory speech on Saturday night, Chiang said nothing would “stop Taipei from moving forward”.

“I’ll remember my promise for all residents, lead the way to realise Taipei’s full potential, and will let it shine on the world stage,” he said.