Warning: This story contains the names of deceased Indigenous children.

Three children killed in a Pilbara house fire in Western Australia’s north-west on Tuesday afternoon have been identified as siblings aged five months, and seven and 10 years old.

Jamela, Anand and Kelvin were found dead inside their Anderson Street home in Port Hedland around 4.45pm after firefighters were called to the scene to extinguish a blaze. 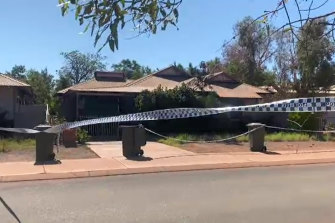 This masthead has chosen not to publish images of the children without the family’s consent.

Acting WA Police deputy commissioner Allan Adams declined to comment on where in the house the children’s bodies were found or whether the mother, Margaret Hawke, was home at the time.

“The circumstances leading up to this tragedy will be subject to investigation,” he said.

“I don’t propose to go into the details of the family background at this time … the fathers of the children have been notified of the tragic death of their children.

“The investigation will take time, obviously there is the potential criminal behaviour that we investigate but obviously with the death of three people, the coronial investigation will also look at a number of issues leading up to the incident to better understand if there were opportunities for this to be prevented.”

Hawke was under sedation on Wednesday as homicide detectives flew in from Perth to speak with her. 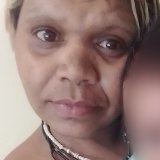 The mother of the children, Margaret Hawke, has been sedated.Credit:Facebook

Arson squad detectives and forensic officers also arrived to determine the cause of the blaze and deaths.

The mother’s Facebook page showed her devotion to her three children, who she described as “her everything”.

“For my family I will do the best I can,” she wrote.

Port Hedland elder Patricia Mason said extended family in the close-knit community were in mourning and had requested privacy.

“They are taking it extremely hard, they have to come to terms with losing three children,” she said.

“It will be a long grieving process.”

“My sincere condolences go out to the Hawke, Pappertalk and extended families of our precious babies in Port Hedland taken too soon,” she said.

“Margaret Hawke, my prayers are with you through this tragic time. Love you always.”

“Hedland is a beautiful community and they will rally behind the people who need it at this time,” he said.

“The emergency crew who attended the scene, I would also like to thank them very much for their support.”

Counselling services have been provided to first responders.