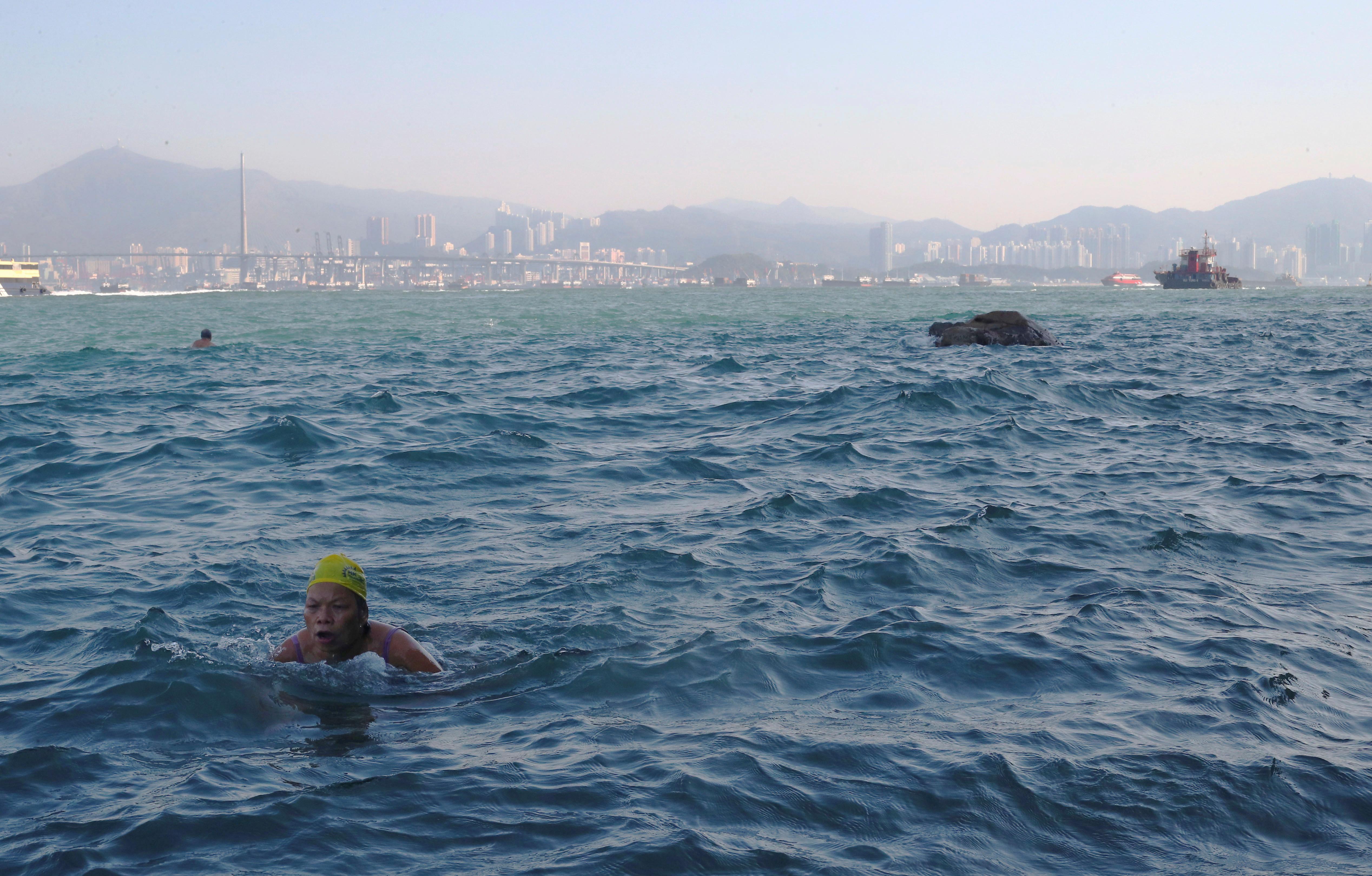 HONG KONG (Reuters) – For nearly 30 years, Sandy Lam has been rising early each day for a dip in the sometimes choppy waters off the western edge of Hong Kong island, next to one of the world’s busiest ports.

Lam, 68, is part of a tightly-knit community of around 50 mostly elderly citizens who are regular visitors to Sai Wan Swimming Shed, tucked away off a steep hill, providing basic changing rooms and showers.

“We’re all friends and we’ve known each other for a long time,” he said. “We pay HK$150 ($19) per month which pays for the water and light in the shed, and for the changing rooms to be kept well.”

The shed, built in the 1960s or 1970s, is the sole survivor of such structures, popular in the first half of the last century when public swimming facilities were sparse in the former British colony, and is now a hit with tourists and newlyweds.

The residents, many of who have been swimming there for decades, plunge into the waters from steps reached by a spindly wooden bridge propped up on the rocks, just a stone’s throw from the heart of the financial center against a busy backdrop of container ships, ferries and fishing boats.

Most of the swimmers say the exercise keeps them healthy, although they have noticed changes in water quality over the decades.

“I feel there is more plastic in the sea,” said Dennis Yeung, 58. “I have noticed a difference since I’ve been swimming here from when I was small… There is quite a big difference. In the future, it will be more of a problem too.”