Tate fall victim, now eight, is back at school and learning to ride a trike as he recovers from 10th floor balcony push by Jonty Bravery

A six-year-old boy who was thrown from the 10th floor of the Tate Modern is back at school and learning to ride a trike, his family has said.

The boy, now eight, was snatched and thrown from the viewing platform by Jonty Bravery, aged 17 at the time of the attack on August 4 2019.

The child survived but has undergone round-the-clock treatment since, while Bravery, who told horrified onlookers that social services were to blame for the atrocity, is currently serving a 15-year minimum prison term for attempted murder. 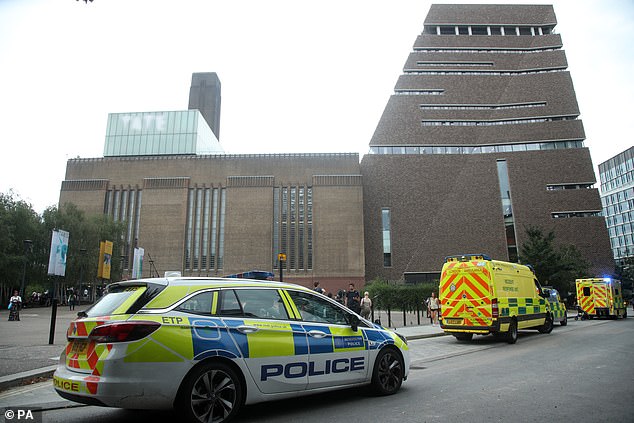 Two years on and the family have written a letter, which outlines the progress the victim has made.

‘Our little knight has come back to school’, the letter, posted on the fundraising page set up to cover medical costs. ‘Two mornings a week.

‘He needs to make new friends of course but he is very sociable, and the children in this school are very welcoming, as well as the school teacher and other professionals.’

They add that they hope he will be able to keep up with the curriculum.

The letter also reveals that the boy uses a wheelchair which he can move himself ‘thanks to the progress he has made with his left arm.’

It adds that he is also making progress in learning to ride an adapted tricycle, which they can take out on a family ride. 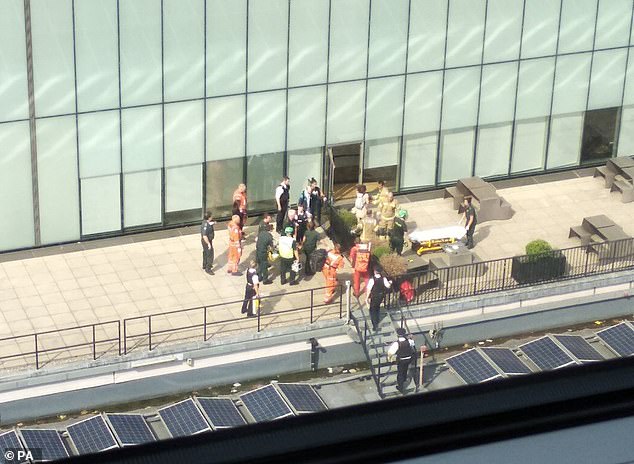 ‘In the midst of the exercises that are sometimes a little disheartening for an eight year old, something more exciting is turning out – he is trying out an adapted tricycle that we will soon be able to offer him for his rehabilitation at home, but also for fun.

‘During the first test, our son was all smiles from the beginning to the end of the session. And the way he managed to drive the vehicle amazed his physiotherapists.

‘We hope we can soon take him out for a ride.’

They sign the letter off with ‘take care of yourselves and the ones you love.’

The fundraising page has raised more than €313,000 for the French family.

In April this year, a report published by the Local Safeguarding Children Partnership in West London failed to blame anyone for Bravery being free to attack the child.

A serious case review into Bravery published in April highlighted a series of violent incidents in the two years before he struck, as well as other examples of troubling behaviour including putting faeces in his mother’s make-up brushes or throwing it out of his window at neighbours as well as threatening to kill members of the public.

One support worker said they believed it was ‘only by luck’ he hadn’t killed someone, while Bravery’s attacks were often premeditated and appeared to give him pleasure, especially when he drew blood after he bit another child. 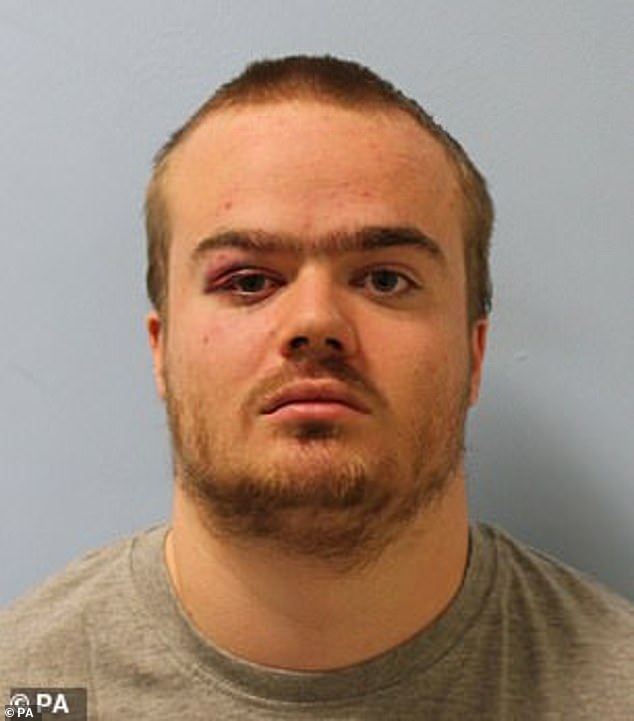 Jonty Bravery, 19, is serving a 15-year prison sentence for attempted murder, but despite repeated violence against others he was not considered a risk and nobody is to blame, according to a report published in April

Five months before the Tate attack, he assaulted a member of staff at Burger King in Brighton after punching his care worker, who he also racially abused.

A year earlier he told a support worker he was ‘planning to kill/hurt his stepmother and sister if had an opportunity and wanted to be arrested and go to prison’.

But care workers decided that he didn’t mean it and it was attention seeking.

Investigators concluded that Bravery’s violent behaviour had reduced at the time of the Tate Modern attack, while he was living in a bespoke placement with two-to-one care.