PE teacher who sent ‘thousands’ of inappropriate emails to girl pupils calling them ‘darling’, ‘stunning’ and saying ‘you mean more to me than you realise’ is banned from classroom

A PE teacher who lavished attention on his girl pupils with string of emails, calling them ‘darling’, ‘sweetheart’ and ‘babe’ and gushing ‘you love me’ to one of them has been banned from the classroom.

Courtney Pettifor, 28, was banned permanently from teaching after he sent thousands of inappropriate messages to Year 11 students he taught at Witchford Village College, near Ely in Cambridgeshire.

In one email, Pettifor wrote to a pupil that he would ‘run past your window every day up until Sunday from now, just for you x’.

In a fitness to practice hearing held by the Teaching Regulation Agency (TRA) on December 19, it was found that the teacher emailed several pupils with an ‘informal, overfriendly and intimate’ tone late at night, during weekends, holidays and through lockdowns. 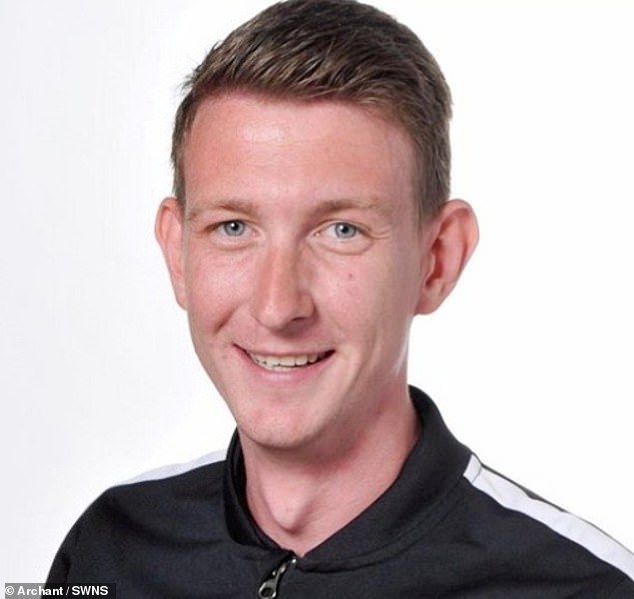 Courtney Pettifor, 28, was banned permanently from teaching after he sent thousands of inappropriate messages to college students he taught at Witchford Village College near Ely in Cambridgeshire

Pettifor sent them ‘x’ kisses, wrote ‘sending hugs’, included heart and winking face emojis, using nicknames and wrote to one, ‘you mean more to me than you realise’.

He also used terms of endearment including ‘babe’, ‘sweetheart’, ‘darling’, ‘my lovely’ and ‘special girl’.

He asked at least one pupil to send pictures of themselves and commented on their appearance.

Pettifor told another pupil that they could be a model, adding that they were ‘stunning’ and he commented on their figure and tan lines.

The Teaching Regulation Agency panel heard that Pettifor admitted he ‘failed to maintain appropriate boundaries with one or more pupils in emails he sent to them’.

According to the panel’s report, the mother of one of the pupils phoned the PE teacher and told him to stop contacting her daughter, which Pettifor then failed to report to his line manager.

The mother stated: ‘I found the tone of Mr Pettifor’s email exchange informal and worthy of a conversation with him directly so that teacher/student lines didn’t become misconstrued by my daughter as friendship.

‘I believe that Mr Pettifor was quite surprised by my call.’ 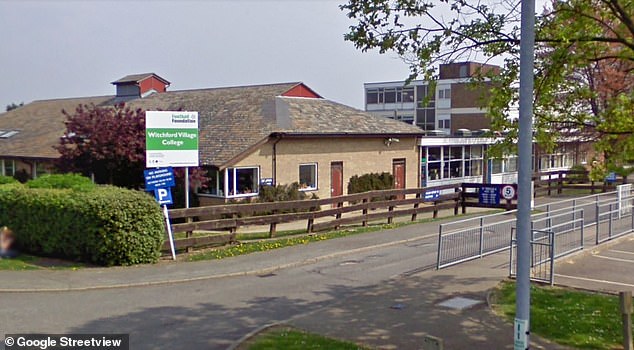 Pettifor was warned about his behaviour at least five times by Witchford Village College and was eventually sacked for gross misconduct in March 2021, three years after joining the school

Pettifor joined the college staff in January 2018 and was nominated for Best Teacher in the Ely Hero Awards 2020 for his ‘passion for a child’s learning’ due to the extracurricular activities he ran to support students during lockdown.

But the panel was told he had lied to the school about his interaction with one pupil, stating their interactions were part of a ‘formal mentoring arrangement’ when there was no such agreement.

He gave his home address to at least one pupil and requested they use their personal contact details to contact him after hours, offering free tutoring and Zoom calls.

Pettifor also falsely claimed that he had been contacting one student because he had personal ties to her family.

Pettifor was warned about maintaining boundaries at least five times by Witchford Village College and was given advice regarding his conduct with pupils in autumn 2019, spring 2020, autumn 2020 and December 2020.

But he failed to alert the school about two different safeguarding concerns that were raised during contact with his pupils.

He was eventually dismissed for gross misconduct in March 2021.

The report stated: ‘It was Mr Pettifor’s position was that, due to him being a young teacher, students would choose to confide in him with their problems.

‘Mr Pettifor stated that he was approached every break time and lunchtime and would try to assist all students as much as he could.

It was concluded that Pettifor’s actions raised ‘huge concerns’ and that his conduct was unacceptable and may bring the profession into disrepute.

His case can be reviewed after five years.

A statement from the Eastern Learning Alliance, Witchford Village College’s multi-academy trust, said: ‘The Teaching Regulation Agency has published a judgement on a former employee.

‘The Eastern Learning Alliance always prioritise the safeguarding of young people in our schools.

‘The report recognises the appropriate actions taken by the school and Trust at all times.

‘We will not be commenting further on this matter.’