THIS is the horrifying moment a teenage driver ploughed into a woman and a baby before being attacked by furious bystanders in Los Angeles.

The 16-year-old driver, whose age was confirmed by the district general, was allegedly under the influence of drugs when he mowed down the helpless pair earlier this month. 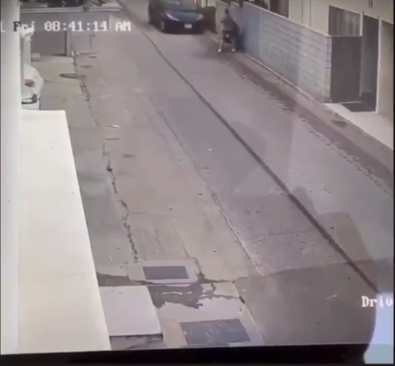 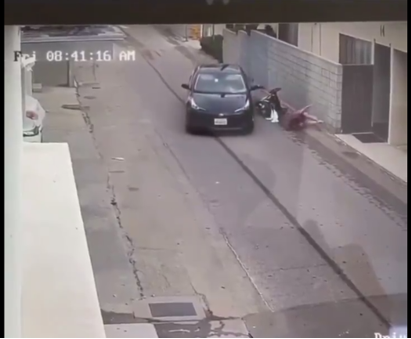 In the shocking CCTV footage released on Saturday, a black car can be seen driving down Speedway and Galleon Street in the Venice neighbourhood at 8:45 am.

It starts to veer towards the unsuspecting pair on the right side of the road as the reckless driver makes no attempt to slow down.

Second later the woman is flipped in the air as she desperately tries to protect her baby from the oncoming collision.

Fortunately, she is then seen to get to her feet and police later confirmed that neither had suffered life threatening injuries.

However, moments after the driver had committed the shocking incident, he was captured on CCTV trapped in his crashed car as he faced the wrath of furious onlookers. 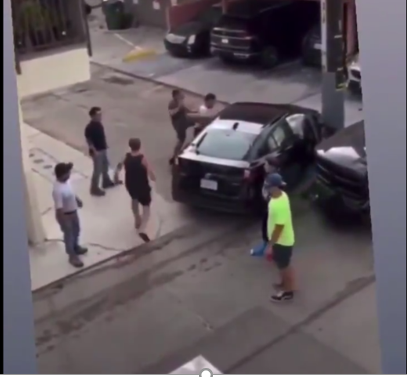 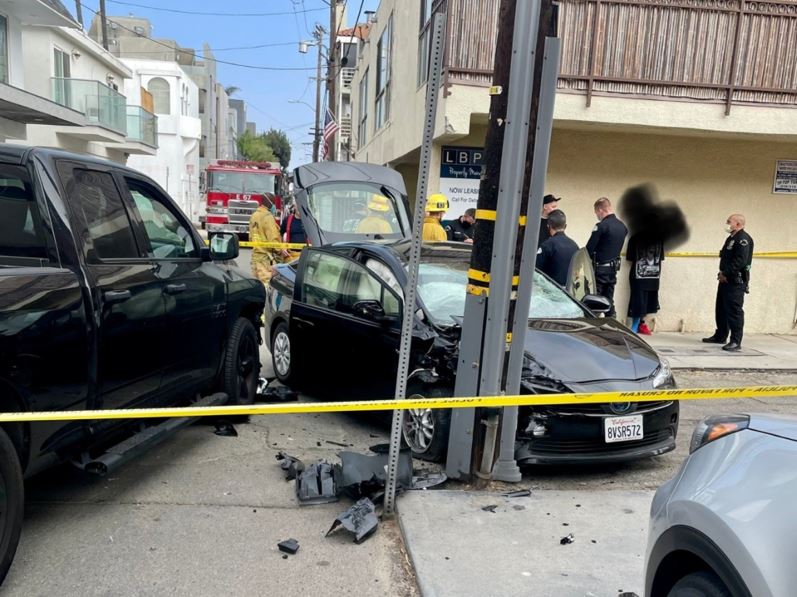 One man at the scene can repeatedly be heard shouting “you hit a f**ing baby” as another kicks out at the vehicle's window as he attempted to pry the teen out of his car.

Then, after failing to get inside, the same man screams “to stay there” as the driver pleads for forgiveness.

The Los Angeles Police Department later reported that the man involved was arrested and taking into custody as an investigation was opened.

But, he is believed to have been released a few hours later and it’s not yet known if he will face charges.

Taking to Twitter after the verdict, Government official, John Mckinney, hit out at officials for not taking stronger action.

He wrote: "If reports are accurate, the driver was 16. He was arrested on suspicion of drug-related DUI, booked, and released a few hours later."

"I guess this is what a reimagined justice system looks like."