A teenage killer is facing a life sentence for stabbing a schoolboy to death in an act of revenge after the victim mocked his gang in a drill rap.

Carlton Tanueh, 19, chased promising lightweight boxer Tyler Hurley, 16, on to a bus in Dagenham, east London, to murder him in front of screaming children.

Tyler had earlier uploaded a drill track to YouTube celebrating the stabbing of a member of the ‘Dag 109’ gang.

On March 14, he was about to board the 173 bus 20 minutes after leaving school in his uniform when he was spotted by Tanueh, who was already on the bus.

Tyler was stabbed to death with one of two Zombie knives Tanueh was carrying. 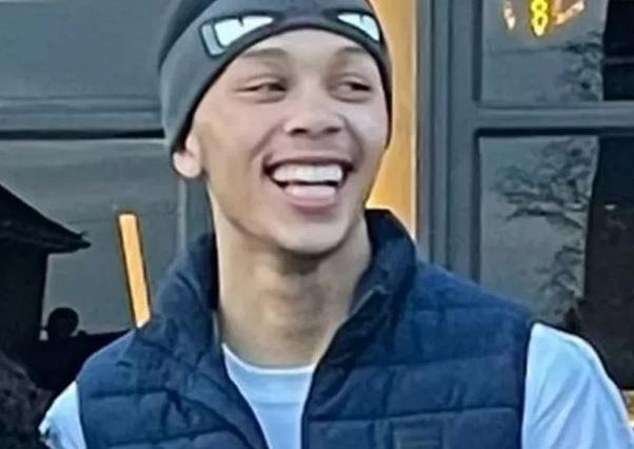 Tanueh denied murder, claiming he was on his way to buy a bagel and was carrying the knives in case he was attacked.

But he was convicted by the jury at Southwark Crown Court after deliberating for only one hour.

Prosecutor Caroline Carberry earlier told how Tyler had just left the The Warren School in Romford, where he was a year 11 pupil.

Tanueh had first boarded the 173 bus on Chequers Lane at approximately 3pm that afternoon.

He got off at Dagenham where he sent a Snapchat photo to an unknown contact that read ‘hopped off at Heathway, had to ”go check some yutes”.

Ms Carberry said: ‘As Tyler Hurley and his friend went to board that same bus via the front door on Chadwell Heath High Road, after school, this defendant exited through the middle doors of the bus.

‘He saw the two boys and he got off the bus to confront them.’ 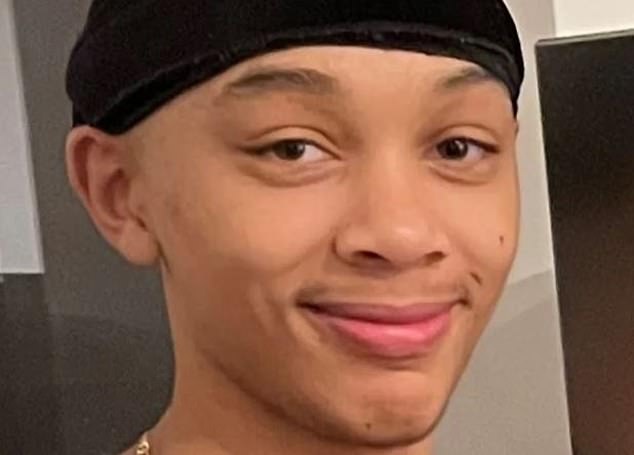 After he was stabbed, Tyler collapsed, groaning: ‘I’ve been stabbed, call an ambulance.’ He was rushed to hospital but later died just after midnight on March 15

On the pavement he withdrew one of his knives and pursued Tyler and his friend on to the bus.

‘The friend, who was in front, managed to escape back onto the pavement through the middle doors as they were closing,’ the prosecutor said.

‘Tyler was unable to leave as the doors had closed, trapping him on the back of the bus.

‘As Tyler moved towards the back of the bus to get away, this defendant thrust one of his large knives twice at Tyler’s body.

‘The force of the fatal stab was enough to send this defendants blade through the back of Tyler’s arm into his armpit and approximately 24 centimetres into his chest.

‘It perforated a major artery in the arm, and it pierced his lung. Tyler’s injuries were unsurvivable.’

The victim collapsed, groaning: ‘I’ve been stabbed, call an ambulance.’ He was rushed to hospital but later died just after midnight on March 15.

Tanueh told the court he was only on the bus because he was nipping down to Peckham for a bagel. 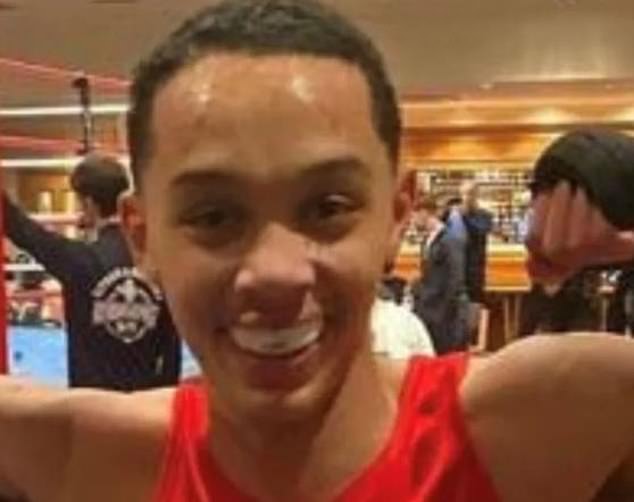 He said he saw Tyler outside the bus and got off to try and get away.

‘I didn’t want confrontation, if I stayed on the bus, he would try to attack me. I was just waving the knife at him.’

But jurors heard Tanueh was obsessed with knives and had taken a Snapchat photo of the murder weapon captioned ‘new ting’.

It was bought and paid for by Tanueh’s girlfriend in January through a UK based website and delivered to her east London home in February.

He also has a previous conviction for possession of a Zombie knife.

Summing up the case Judge Deborah Taylor said: ‘The defence say he was not lunging with the knife but only waving it to scare him.

‘There is no dispute that the stab wound caused Tyler Hurley’s death.’

Tanueh, of Dagenham, will be sentenced at Southwark Crown Court tomorrow.