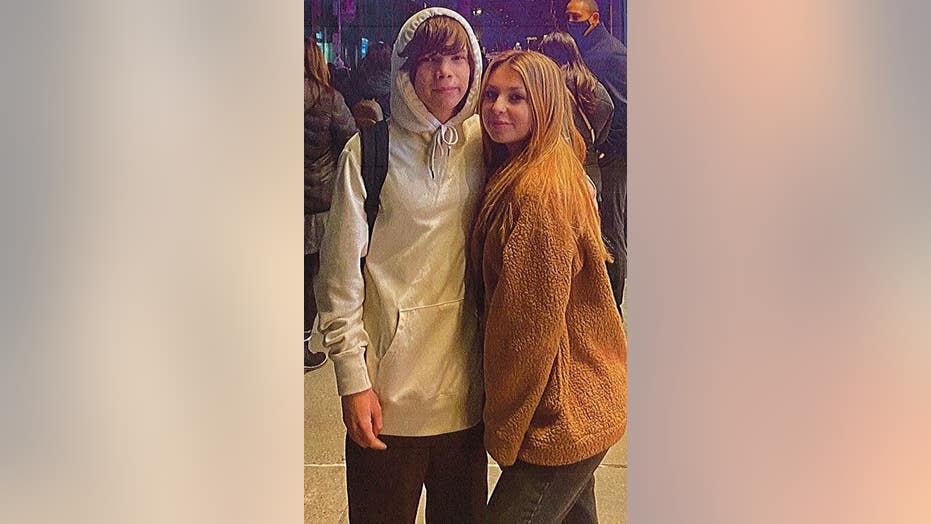 Two New York 15-year-olds have been missing since taking a train from suburban Suffolk County into the Big Apple last Thursday, according to police.

Vincent Abolafia and his girlfriend Kaileigh Catalano intended to board a 3:11 p.m. train from Ronkonkoma to Manhattan on Dec. 9, the Suffolk County Police Department said Sunday evening. They may have visited Times Square, at the heart of New York City.

Both of them are from Manorville, according to authorities. That’s about a 30-minute drive east of the train station in Ronkonkoma, which itself is about 1 hour and 20 minutes by train from Penn Station in Manhattan. 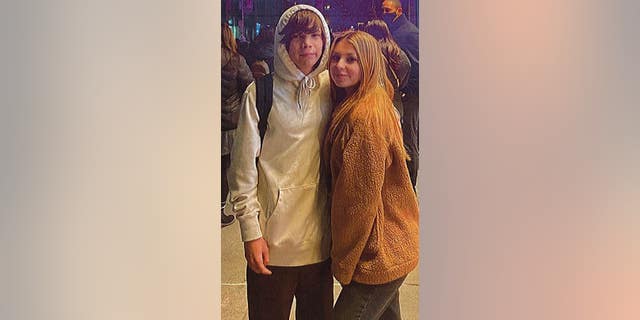 Vincent is 5 feet 3 inches tall and weighs around 110 pounds with brown hair and brown eyes, police said. Kaileigh is 5 feet tall and 118 pounds. A police spokeswoman said Sunday that no additional information was available.

Both teens were wearing all black when a classmate dropped them off at the station, and they may have changed their hairstyle and color, according to Kaileigh’s mom, Ehrin Catalano.

She said that the believes her daughter dyed her hair black. Vincent’s stepdad, James Bonasia, said the boy recently got a trim – but it was “a regular haircut” and nothing dramatic.

The teens were both reported missing later in the evening on Dec. 9. They have never run away before, according to their parents.

“This definitely blindsided me,” Kaileigh’s dad, Joe Catalano, said Sunday. “My daughter’s a varsity cheerleader. She’s a good kid. I don’t know what possessed them to do this.”

Her cheer team’s Christmas party was supposed to be this weekend, according to her mom, and the teen had picked out a dress but never made it.

“The night before, we were talking about her Sweet 16, no arguments,” Ehrin Catalano said.

But the couple left their cellphones behind and hasn’t made contact with family since.

Bonasia also said that his stepson had not argued with family recently and called him “an amazing kid” with strong character.

The couple has rarely ventured from Long Island’s East End into New York City, according to Kaileigh’s mom. But the weekend before the couple went missing, they visited the Christmas tree at Rockefeller Center with Vincent’s family, she said. The friend who drove them to the train told her he believed they planned on checking the tree out again.

Joe Catalano said he believes the couple may be in danger.

“When you have two teenagers…with minimal resources, it can get dangerous pretty quick,” he said. “And Manhattan right now isn’t what it was. Any city is dangerous for any adolescent.”

Bonasia said he’s shown Vincent around the city several times before and that the teen is somewhat familiar with the subway system and knows how to read maps.

The teens also posted TikTok videos that included songs that may have hinted at their intentions, he said. But their sudden disappearance even surprised friends.

“Their family loves them and misses them, and all we want is for them to come home safe,” Bonasia said Sunday.

Ehrin Catalano had a similar message.

“I love you so much,” she said of her daughter. “And we wanna know that you’re safe, and please come home.”

The teens may have access to around $1,200 in cash, according to Bonasia, but they have no acquaintances in the city, and he said he was not aware of anywhere else they might be headed.

Anyone with information on their location is asked to call 911 or Suffolk County Police Department’s Seventh Precinct detectives at 631-852-8752.