A 19-year-old woman who pleaded guilty to pushing her teenage friend off a 50ft (15m) bridge in Canada has been jailed for two days.

A video posted on YouTube showing Taylor Smith shoving Jordan Holgerson, 16, from a ledge at a popular swimming area near Vancouver went viral.

She broke her ribs and punctured her lungs after crashing into the water at Moulton Falls on 7 August 2018. 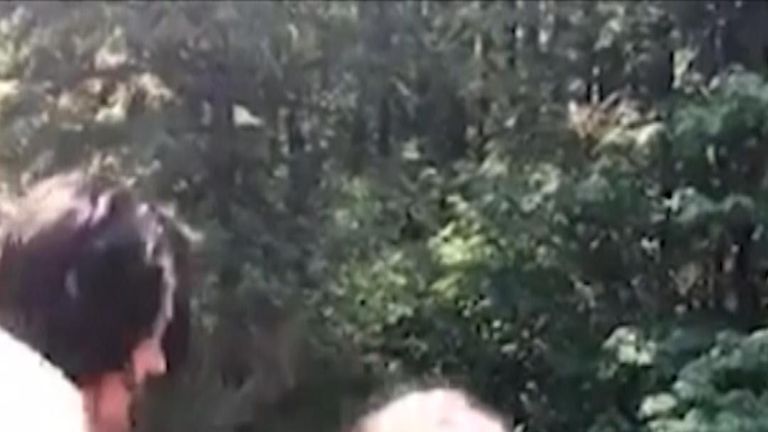 Holgerson says she has suffered with anxiety and panic attacks since and had called for Smith to spend time behind bars.

In an interview on Good Morning America, Smith claimed she “did not mean to hurt her”, saying: “She wanted to jump and she was scared and she asked me to give her a push.

“I didn’t think about the consequences, I thought she would be fine.”

Smith claimed she had apologised several times and at first Holgerson accepted she had not meant to hurt her.

Smith, who was also sentenced to 38 days on a county work crew – or community service – for misdemeanor reckless endangerment, says she hopes to one day be friends again.