TEN people have been hurt after a "distressed" man launched into a city centre rush hour attack.

Emergency crews were scrambled after receiving reports of multiple people being assaulted in Bristol this morning. 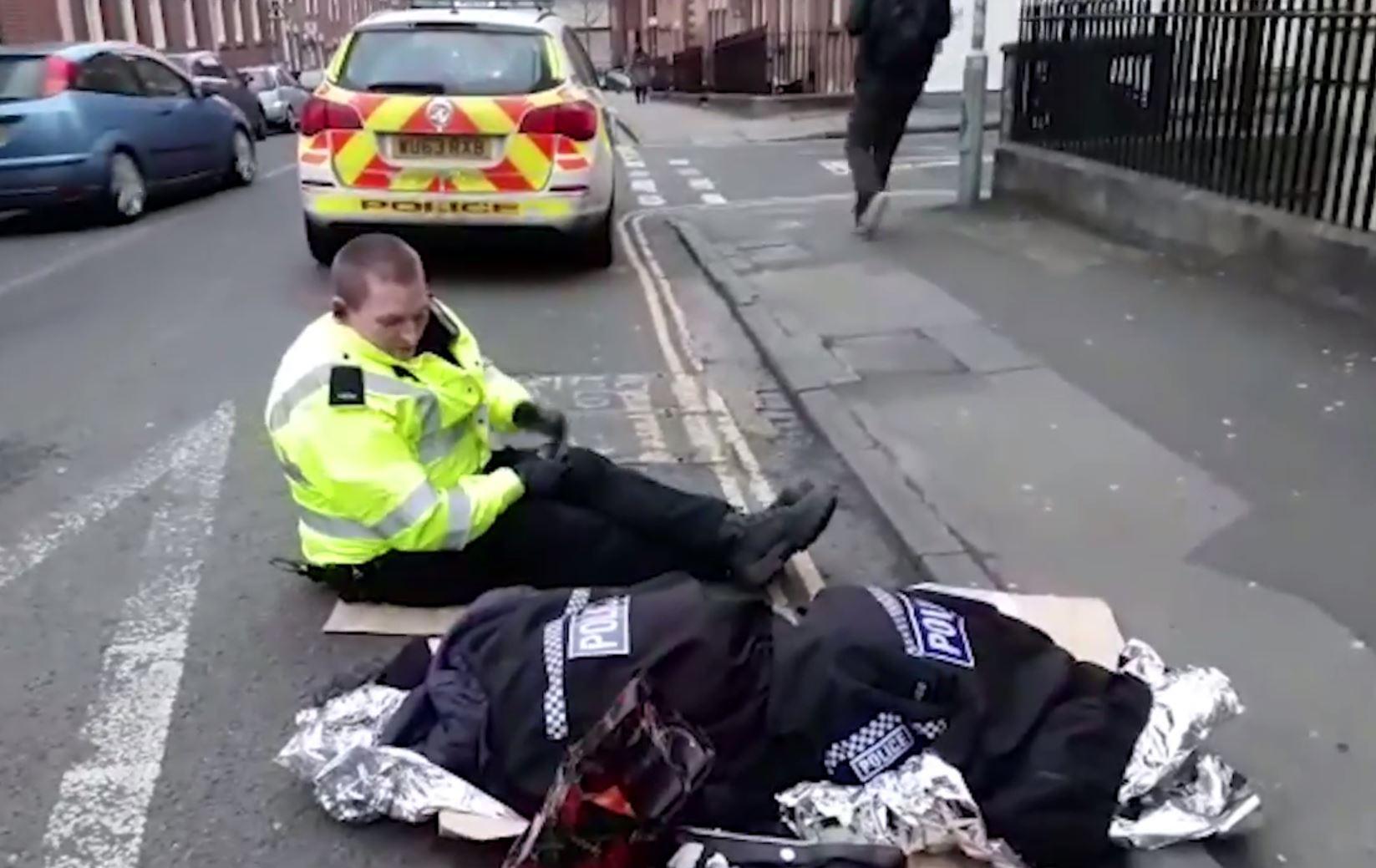 Cops detained the suspect, who had not used a weapon in the rush hour attack, and confirmed ten people had been injured.

Dramatic photos show a woman being looked after by an officer as she lies on the ground under a blanket.

It is understood she was taken to hospital following the horror at around 8am.

A police spokesperson said: "A man in a distressed state has been detained after assaulting a small number of people.

Mum's agony after son, 5, 'stabbed to death' as cops quiz woman on murder

Screams heard after boy, 5, 'stabbed' to death as woman, 49, arrested

"None of the injuries are believed to be serious."

South Western Ambulance Service said the service was called to reports of an assault at 8.06am.

A spokesman said: "There was one female patient with a back injury.

"We attended with one ambulance and the patient was taken to Bristol Royal Infirmary."