Tennis Australia has said that they will not lobby in support of Novak Djokovic if he tries to reenter Australia to compete in the 2023 Australian Open.

“It is not a matter we can lobby on. It is a matter that definitely stays between the two of them,” Australian Open tournament director Craig Tiley said Wednesday via the Associated Press, referring to Djokovic and the Australian government.

“And then, depending on the outcome,” Tiley added, “we would welcome him to the Australian Open.”

Djokovic was deported from Australia in Jan. 2022, due to his decision to remain unvaccinated against COVID-19, which forced him to miss the Australian Open. At the time, all foreigners traveling into Australia were required to show proof of COVID-19 vaccination to enter the country. While Djokovic had received an exemption from Tennis Australia and two medical boards, the exemption wasn't reviewed by officials before he entered the country. The Australian Border Force did not approve the exemption

That started a multi-day ordeal in which Djokovic's status was up in the air. He was held at an immigrant detention facility while his fate was decided, and was eventually forced to return to his home country of Serbia while the Australian Open proceeded without him.

Djokovic's deportation came with a three-year ban from Australia, which prohibits him from being granted a new visa. However, the Australian Border Force said last year that the ban can be waived in certain circumstances. Additionally, Australia now no longer requires those entering the country to be vaccinated against COVID-19.

Djokovic was absent from two of the four Grand Slam tournaments this year, missing the US Open in addition to the Australian Open. The US also requires those visiting from other countries to show proof of COVID-19 vaccination upon arrival. He lost to Rafael Nadal in the quarterfinals of the French Open, and while he won Wimbledon, he received no ranking points (the ATP and WTA stripped Wimbledon of ranking points due to its exclusion of Russian and Belarusian players).

Djokovic has played recently, but he's done more than that: he's actually been winning. In late September he beat Marin Cilic to win the Tel Aviv Open, and just last weekend defeated Stefanos Tsitsipas to win the Astana Open. 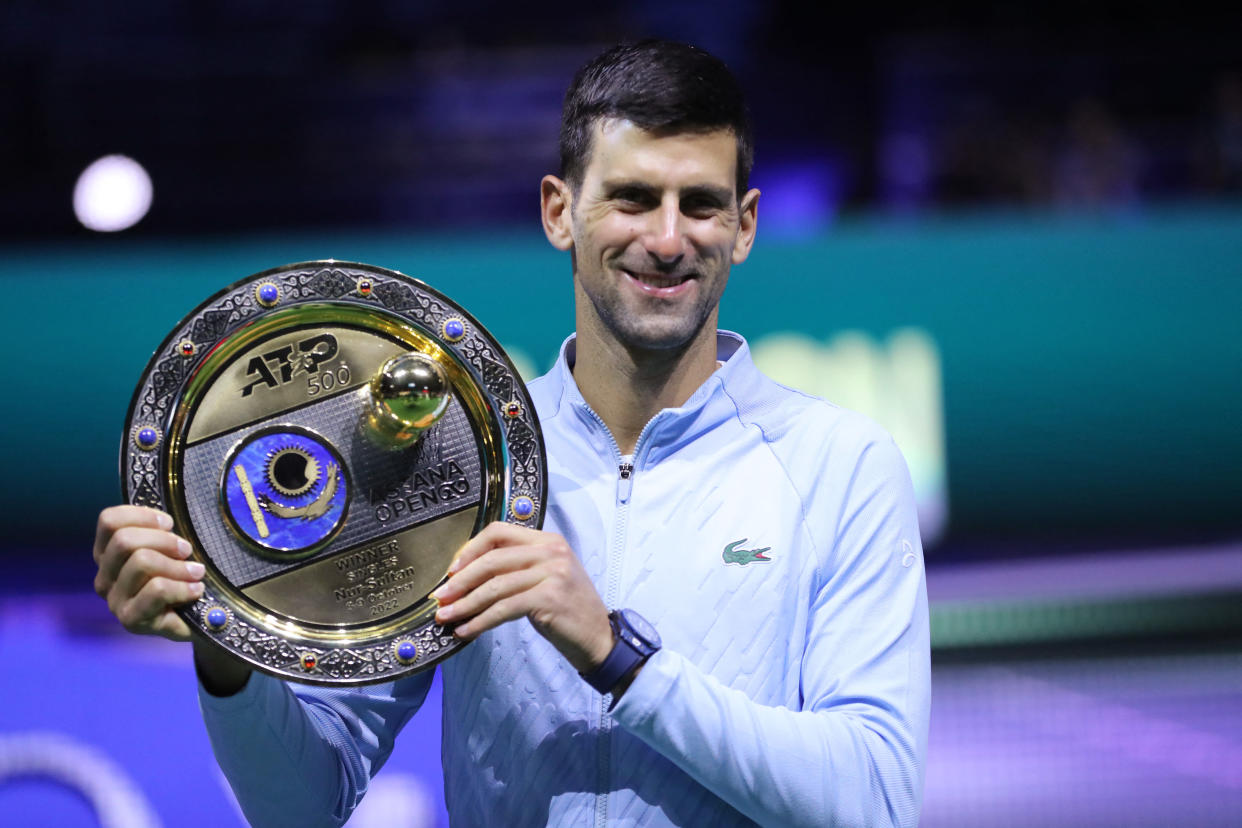