US and Russia trade warnings as crisis in Venezuela intensifies a day after the opposition called for military uprising. 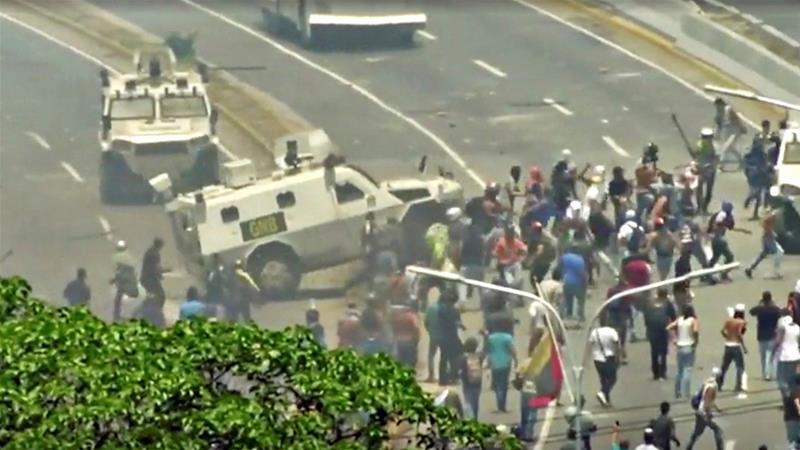 The United States and Russia traded warnings against interfering in Venezuela on Wednesday, a day after US Secretary of State Mike Pompeo accused Moscow of stopping President Nicolas Maduro from leaving the country.

Russian Foreign Minister Sergey Lavrov told Pompeo by phone that further “aggressive steps” in Venezuela would be fraught with the gravest consequences, the Russian ministry said.

“The Russian side underlined that interference by Washington in the internal affairs of a sovereign state and threats towards its leadership was a flagrant breach of international law,” the ministry said.

The US State Department said Pompeo urged Russia on the call to stop supporting Maduro. He also “stressed that the intervention by Russia and Cuba is destabilising for Venezuela and for the US-Russia bilateral relationship,” it said.

On Tuesday, Pompeo accused Russia of intervening to persuade Maduro to abandon a plan to leave the country following a call by opposition leader Juan Guaido for Venezuela’s military to help him remove Maduro.

The US has criticised Russia and Cuba for working to prop up Maduro. Russia, which has supplied Venezuela with weapons and loans, says the US is trying to encourage a coup in the Latin American country.

While Pompeo said earlier on Wednesday that the US was prepared to take military action if necessary, Pentagon officials told Congress they had not been given orders to prepare for war.

“Military action is possible. If that’s what’s required, that’s what the United States will do,” Pompeo told Fox Business Network.

US officials continue to stress that they prefer a peaceful transition in the country. 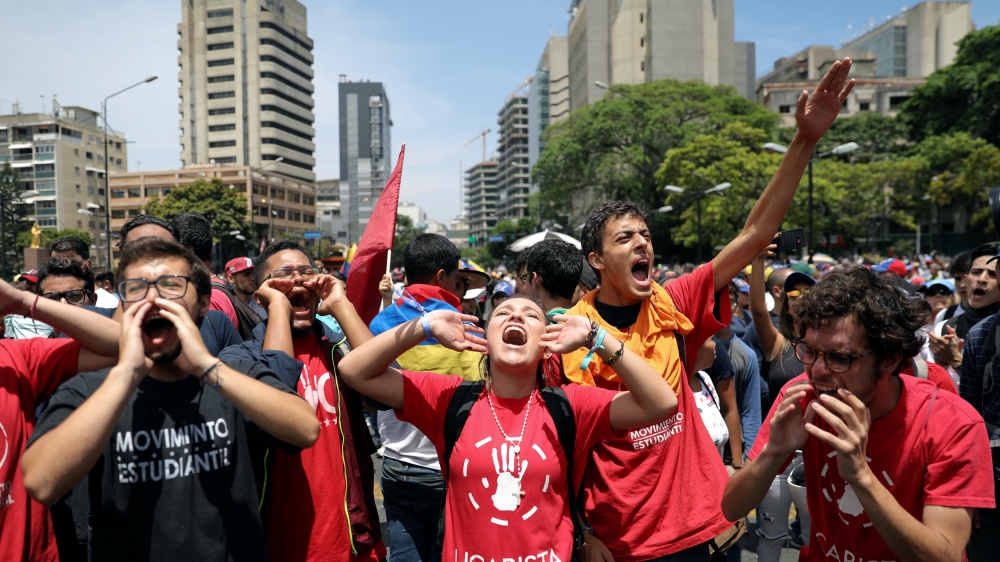 Bolton would not elaborate on what the US knew about its accusations that Russia was influencing Maduro’s plans, but he said Moscow’s interference was not welcome.

“This is our hemisphere,” Bolton said. “It’s not where the Russians ought to be interfering. This is a mistake on their part. It’s not going to lead to an improvement of relations.”

Acting US Defense Secretary Patrick Shanahan cancelled a planned trip to Europe on Wednesday to help him better coordinate with the Trump administration on Venezuela as well as on deployments to the US border with Mexico, the Pentagon said.