(Reuters) – Thailand’s King Maha Vajiralongkorn Bodindradebayavarangkun will be officially crowned as the 10th king of the Chakri dynasty on May 4, after taking the throne following the death of his father, King Bhumibol Adulyadej, in late 2016. 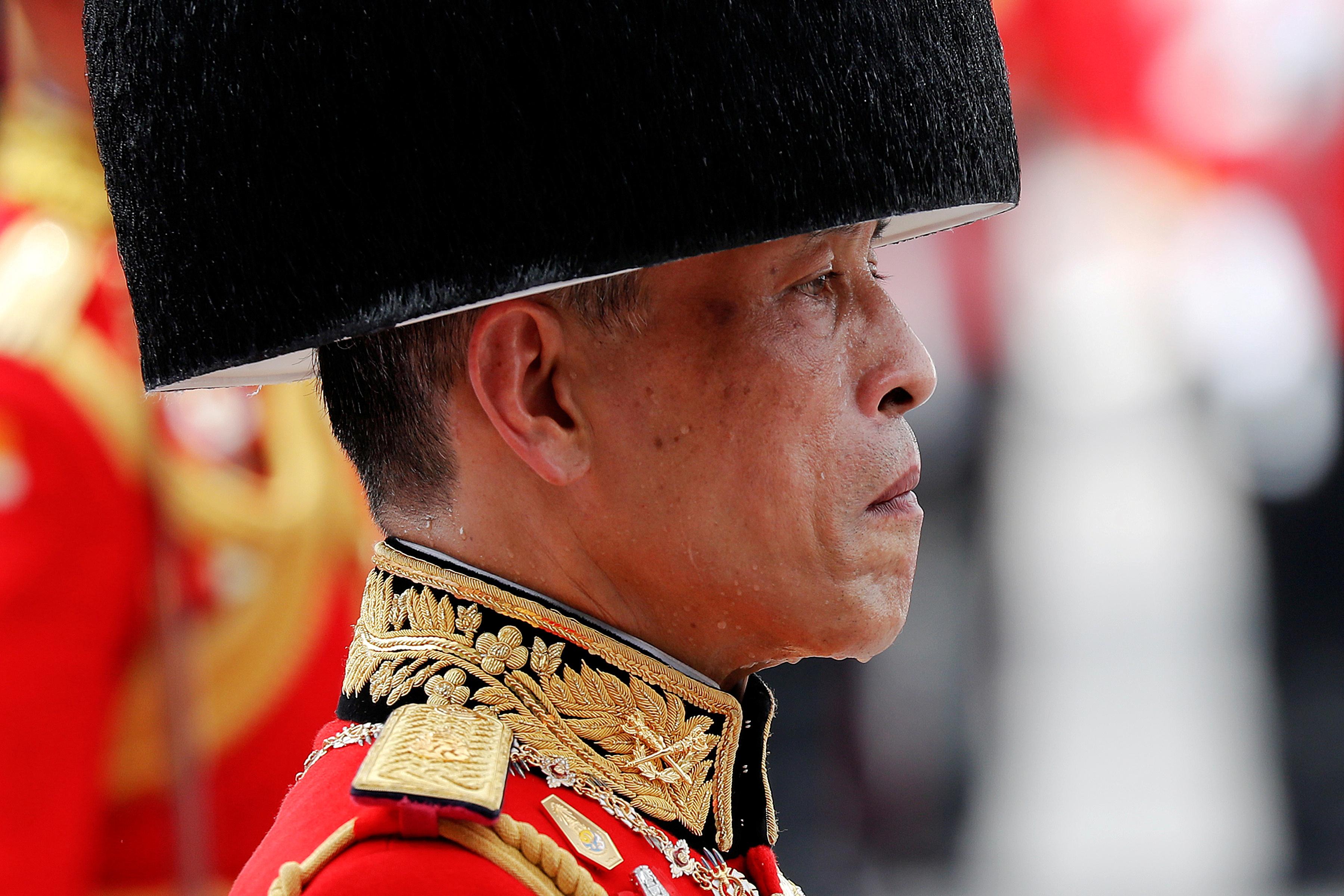 The 66-year-old constitutional monarch had a pre-coronation surprise for his subjects: He married for the fourth time on Wednesday and named his new wife as queen.

During 18 months of his reign so far, Vajiralongkorn, also known by the title King Rama X, has moved to consolidate the authority of the monarchy, including taking more direct control of the crown’s vast wealth with the help of Thailand’s military government.

In one of his most visible initiatives he has signed up some 5 million Thais to a new volunteer corps, whose members salute a portrait of the king before going out to work on community service projects such as cleaning public spaces.

Devotion to the monarch is an ingrained part of Thai culture that deepened during Bhumibol’s 70-year reign. Vajiralongkorn’s portrait has replaced or hangs alongside that of his late father in many streets, public buildings and private businesses.

Public criticism of the king or his family is illegal, with insults to the monarchy punishable by up to 15 years in prison under Thailand’s strict lese majeste laws.

Vajiralongkorn was born on July 28, 1952, the second of King Bhumibol and Queen Sirikit’s four children and their only son.

After completing primary education in Thailand, he was educated at private schools in Britain and Australia, before attending Australia’s Royal Military College Duntroon, in Canberra, and earning a bachelor’s degree in military studies from the University of New South Wales in Australia.

According to the king’s official biography, he is a qualified helicopter and fighter pilot and served as a career officer in the Royal Thai Army, where he saw action against communist insurgents in Thailand in the 1970s.

As king, he is now commander-in-chief of the armed forces.

Since he ascended the throne, Vajiralongkorn has asserted his authority in several ways, according to analysts observing his public actions.

In July 2017, the military-appointed legislative assembly amended a 1936 law to give the king full control of the Crown Property Bureau, which manages the crown’s multi-billion dollar holdings and was previously under the supervision of the Finance Ministry.

The exact value of the bureau’s real estate and other assets is not made public, but its Bangkok holdings alone were estimated at $33 billion in a 2011 biography of his father “King Bhumibol, A Life’s Work”. Reuters could not independently verify that figure.

Officials from the Crown Property Bureau and the Bureau of the Royal Household did not respond to requests for comment.

Two sources close to the palace told Reuters the king has also brought his military sensibilities to the running of the royal household.

Courtiers and royal guards are ordered to recite from memory the “Ratchasawat” or basic code of conduct for those entering royal service rooted in the old absolutist court of King Rama VI (1881-1925). The code, in the form of a Thai poem, exhorts those close to the king to have “humility and never be boastful”, to “never be presumptuous about the King’s kindness” and to “not react even when facing the King’s wrath”.

In December 2017, the chief of the Royal Thai Police told reporters that the king has provided uniforms with a consistent khaki color tone for all police officers, as there had previously been variations in hue.

In the same year, the 400,000-strong military also adopted a new salute and haircut, both modeled after those used by the king’s own bodyguards.

The king has also publicly punished members of the royal staff, including Grand Chamberlain Distorn Vajarodaya, who was dismissed in November 2017 and stripped of all royal decorations for “extremely evil behavior”, according to a published royal command.

The document lists Distorn’s alleged wrongdoings as falsifying a 25 million baht ($785,000) charity receipt and tax evasion. Distorn’s location is not known and Reuters was unable to reach him for comment. According to local media reports in March, he was sentenced to two-and-a-half years in prison for dereliction of duty and fraud by a criminal court in August 2018.

More than a dozen other royal staff have been sacked in similar public fashion for varying degrees of offences, ranging from tardiness and adultery to corruption.

In December 2018, a royal guard was dismissed and stripped of his decorations for “breaching military discipline by being lazy and being careless in abandoning royal duties”, according to a published royal command. Reuters could not determine if the guard faced any additional punishment and he could not be reached for comment.

“The king has been very decisive and bold in pointing out what is right and wrong. Those who did good he praised, those who did wrong he punished,” said Sulak Sivaraksa, a Thai academic who has sometimes been a critic of the monarchy.

“This king also follows in his father’s footstep by not consulting with his advisors but uses them as his representatives in state functions.”

The Bureau of the Royal Household did not respond to written questions about his leadership style.

The king also moved swiftly to block his elder sister earlier this year when Princess Ubolratana, 67, broke with the tradition of the royal family remaining aloof from politics and announced her surprise bid to run for prime minister.

Vajiralongkorn issued a public command calling her candidacy for a populist opposition party “inappropriate” and unconstitutional. The princess was quickly disqualified by the Election Commission and the party that nominated her was later banned from the election.

Ubolratana has not responded to interview requests, but said on Instagram after her disqualification she was “sorry my genuine intention to work for the country and Thai people has caused such problems that shouldn’t have happened in this era”, ending with the hashtag “#howcomeitsthewayitis”.

On the eve of the March 24 vote, the palace also issued an unexpected statement saying Vajiralongkorn was “concerned about the country’s security” and the Thai people’s happiness.

It did not directly mention the election, but recalled a comment made by Vajiralongkorn’s late father on the need to put “good people” in power and prevent “bad people from … creating chaos”.

The results of the election, touted by the ruling junta as a return to democracy five years after the military seized power, are still unclear, though rules written by a military make it likely that a pro-army party will form the next government.

Official election results are due on May 9, three days after the coronation ceremonies end.

The palace did not respond to requests for comment about the election.

Three days before his coronation, Vajiralongkorn broke the news to Thais that he had married the deputy commander of his bodyguard unit, Suthida Tidjai, 40. A former flight attendant for Thai Airways, she was given the title Queen Suthida after the Wednesday ceremony, shown in the nightly Royal News segment screened on all Thai television channels.

Some royal observers and foreign media had linked Suthida romantically with the king after he appointed her to deputy commander of his bodyguard in 2014 and made her a full general in 2016, but the palace had previously never acknowledged a relationship between them.

Vajiralongkorn, who has been married and divorced three times, has continued spending time since taking the throne in Germany, where his 13-year-old youngest son from his third marriage, Prince Dipangkorn, attends school.

He often pilots his own Boeing 737 jet on trips abroad and has a large lakeside villa in the German town of Tutzing, on Lake Starnberg, 40 km (25 miles) from Munich.

In 2014, he divorced his third wife, former lady-in-waiting Srirasmi Suwadee.

Their split followed the arrest of several of her relatives as part of a corruption investigation into people accused of making false claims of having links to the monarchy for financial gain. Srirasmi was never charged herself.

Her uncle, parents and three brothers were later convicted of lese majeste and remain in prison.

Srirasmi, who relinquished her royal titles during the investigation, lives outside Bangkok and has rarely been seen in public since the divorce. Reuters was unable to contact her for comment.

One of Vajiralongkorn’s signature programs has been the new “Volunteer Spirit” recruitment drive that began in 2017.

The Thai government says the corps has signed up about 5.2 million civilians who are deployed to carry out tasks from cleaning public spaces to helping police direct traffic.

The most high-profile moment was when the volunteers, wearing blue caps and yellow neck scarves, joined an international effort to rescue 12 boys and their soccer coach from a flooded cave in northern Thailand last year. 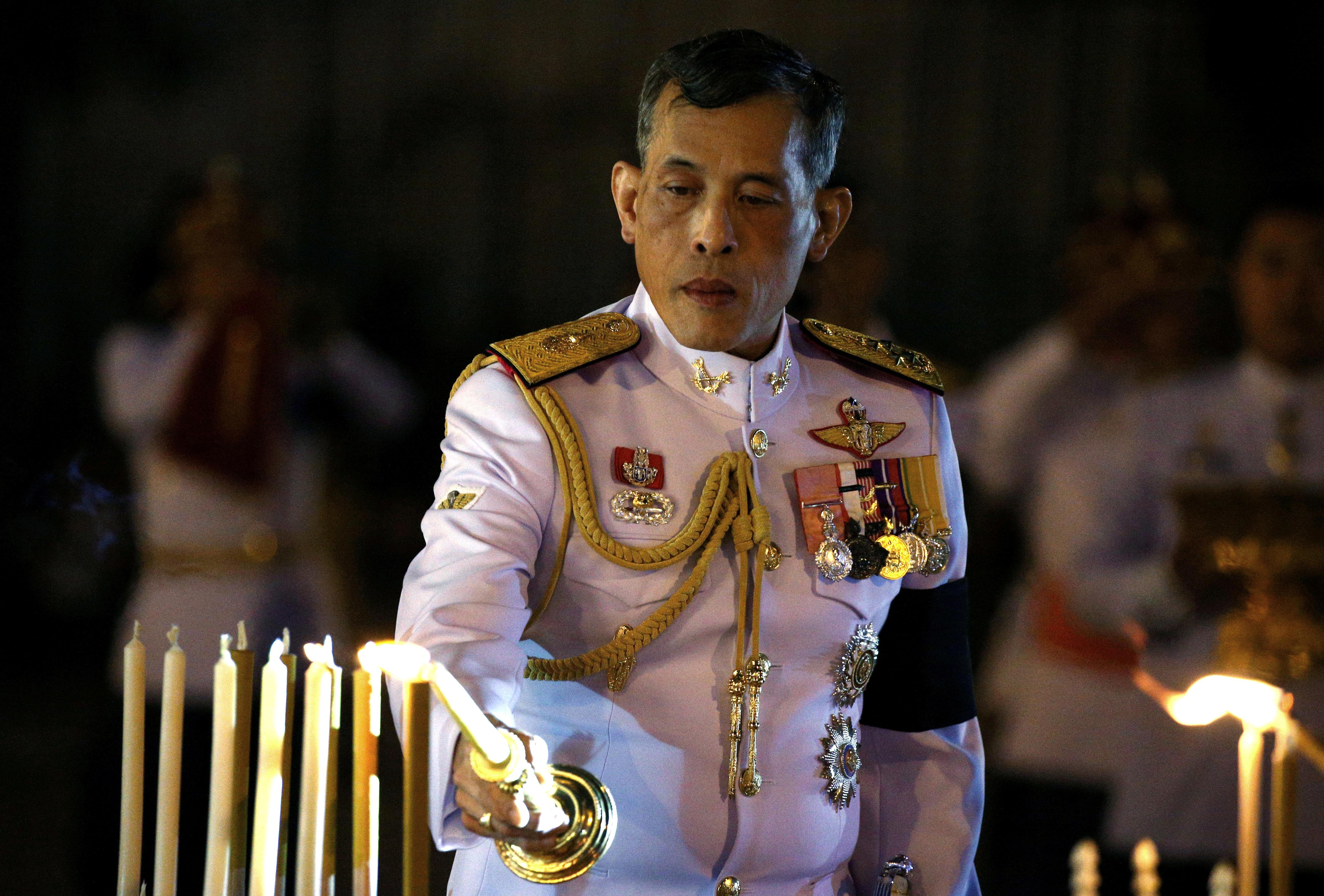 The new volunteer corps, linked directly to the palace, has helped boost Vajiralongkorn’s image ahead of the coronation.

It also has created a vast and visible force personally linked to the monarch, interpreted by some analysts as fostering his own powerbase.