Talar Chichmanian’s husband and father of her two Canadian children left their home in Montreal to fight for Armenia in September.

Watching the conflict unfold is “emotional, enraging, difficult,” she said. Her children are “terrified” for their father’s safety every day.

Much like Chichmanian, Sevinj Feyziyeva fears for the safety of her family abroad. She wonders about the future of Azerbaijan and spends her spare time helping other refugee families in Toronto.

She was four years old when her father, Aliyar Alivyev, left to fight in the first Karabakh war in 1992. Twenty-seven years later, she no longer lives in Azerbaijan, but Feyziyeva says she is still searching for his body.

Those memories are fuelling protests in Montreal and Toronto as Armenia and Azerbaijan fight over the disputed region of Nagorno-Karabakh — where as of Saturday, Azerbaijan President Ilham Aliyev announced on Twitter that state army forces had “liberated” several settlements and villages in the region.

On Wednesday, Armenian Prime Minister Nikol Pashinyan said to “consider all hopes, proposals and ideas about the need to find a diplomatic settlement effectively terminated,” and urged civilians to join its forces in a series of videos and posts on Facebook.

The Associated Press reported Saturday that Nagorno-Karabakh officials believe the violence had killed 963 of their troops and more than 37 civilians since the conflict escalated on Sept. 27. The news agency reported 65 Azerbaijan civilian deaths and 300 injuries, although the state has yet to list how many of its military members have died.

The two states have been embattled over the territory for decades, culminating in a recent escalation on Sept. 27 resulting in the deaths of 16 military members and several civilians. Nagorno-Karabakh has been under ethnic Armenian control since the first Karabakh war ended in 1994, despite being internationally recognized as part of Azerbaijan by the United Nations in 2008.

Turmoil across the militarized Nagorno-Karabakh is heightened by powerful allies such as Russia, which has now brokered two failed ceasefires between Armenia and Azerbaijan, and Turkey, which has defended Azerbaijan’s right to take back the region by force.

Canada is home to 65,000 Armenians and at least 6,400 Azerbaijanis, many of whom came as refugees fleeing the violence abroad. The conflict’s recent escalation has prompted anger, frustration and great sadness for many Armenians and Azerbaijanis living in Canada, with some urging the federal government to condemn the violence.

Chichmanian, whose husband also lost both his brother and uncle to the first Karabakh War in 1994, said she was “well beyond empty words” and “empty promises” from the federal government.

“As a member of what we call humanity, there is a basic minimum that I expect from any head of state: to unequivocally condemn injustice when it rears its ugly head,” she said.

“The time for action is now.” 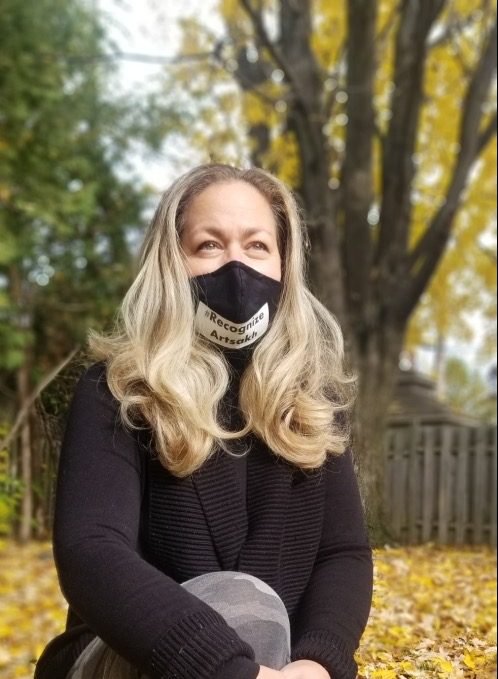 In a statement to Global News, Global Affairs Canada said it “remained concerned by ongoing violence along the Armenia-Azerbaijan border.”

“We continue to call on both sides to refrain immediately from using force, to respect the ceasefire and protect civilians,” the statement read.

On Wednesday, Karina Gould, Canada’s minister of international development, announced on Twitter that Canada was contributing $350,000 to the International Committee of the Red Cross that will go to addressing “urgent needs that have arisen as a result of the conflict.”

“Canada is concerned about the effect of the conflict in Nagorno-Karabakh on civilian populations,” the tweet read.

Meanwhile, Prime Minister Justin Trudeau has urged both Turkey and Armenia to try to come to a peaceful resolution.

According to a readout of a phone call between the Canadian prime minister and President Recep Tayyip Erdoğan on Oct. 16, Trudeau “stressed the importance that all parties engage in dialogue and diplomacy in seeking a peaceful, negotiated resolution to the conflict which cannot be solved by military means.”

Foreign Affairs Minister François-Philippe Champagne has also suspended drone technology exports drone to Turkey while the federal government investigates whether it was used by Azerbaijanis in combat with Armenian forces.

He has also asked for “external parties” to stay out of the conflict, asking instead for de-escalation on Twitter Sunday.

Both Azerbaijan and Armenia are demanding Canada, along with other UN member states, recognize the region as their own, but Armenian MP Mikayel Zolyan said he still believed common ground could be found.

“Armenia and Azerbaijan, if they are left on their own, there is some space for negotiations or space for compromise,” he said.

According to Zolyan, the possibility of war has loomed over the nation for decades, “but still, when it breaks out, it’s always a shock.”

Toronto resident Nargiz Mammadova, 29, is no stranger to the conflict.

Mammadova grew up inside a building with five floors, electricity shortages and no central heating, located in Azerbaijan’s second-largest city, Ganje, just as the Soviet Union collapsed and the first modern fight for Karabakh began.

“I saw the consequences of the war in front of my eyes,” she said.

Speaking from her apartment in downtown Toronto, Mammadova told Global News she doesn’t want anybody to go through what she went through as a child born in conflict.

“I don’t want anybody to die from the Armenian (or) Azerbaijan side,” she said, adding, however, that she didn’t see any other way out of the situation.

Mammadova, along with her husband, another Azerbaijani named Turgut Jabbarli, said they were both worried about the safety of their families, doing their best to fundraise money to send to allied forces, participate in protests and foster community support — but it isn’t easy.

“Right now, our life in Canada is distorted because I can not focus on my work. I cannot focus on my daily life… All I do is go through what is going on in the news,” said Mammadova.

“I can’t stop crying because I don’t know what to do.”

— With files from The Associated Press