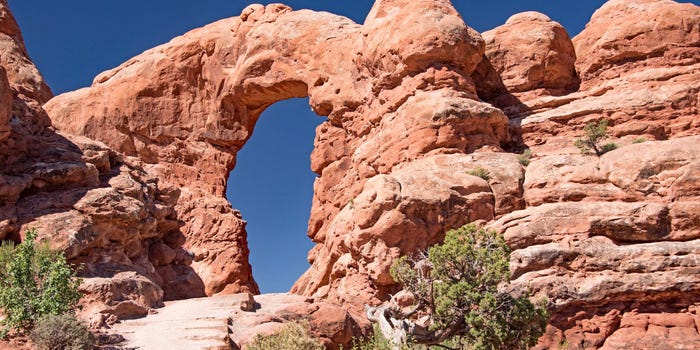 The family of a women's rights activist from Uganda has filed a wrongful death lawsuit against Arches National Park after she was killed by a loose metal gate at the park in June.

Esther "Essie" Nakajjigo and her husband, Ludovic Michaud, visited the national park in mid June, and as they were driving toward an exit, a gust of wind pushed a metal gate into the road, causing its arm to impale the couple's car and decapitate Nakajjigo. Michaud was not injured in the incident.

Nakajjigo's family say an $8 padlock would have prevented the fence from moving and ultimately killing Nakajjigo, and are suing Arches and the National Parks Service for $270 million in damages, KCNC-TV reported.

Attorney Deborah Chang, who filed the lawsuit on behalf of Nakajjigo's family, alleged in the suit that the National Park Service has known for years that the metal gates swing into roadways when they're unsecured.

"For want of an $8 basic padlock, our world lost an extraordinary warrior for good," the lawsuit, seen by KCNC, said.

The lawsuit also cites another accident, in which a man was impaled by a similar gate at California's Stanislaus National Forest in the 1980s.

According to the Associated Press, Michaud is seeking $240 million in damages, while Nakajjigo's parents are seeking $30 million.

Nakajjigo was a champion for women's rights in Uganda where she built a community health center with free reproductive health services in the country at just 17 and was named the country's ambassador for women and girls the same year.

After moving to Colorado, she met Michaud in 2019, and they married in March. They were going out for ice cream when the gate impaled their car, the Denver Post reported.

Neither Chang nor the National Parks Service immediately responded to Insider's requests for comment.