The Goldbergs star Bryan Callen is accused of sexual assault by four women, including actress who claimed he raped her at his home and comedian who said he offered her stage time in exchange for oral sex

Actor and comedian Bryan Callen, best known for his recurring role on the long-running ABC sitcom The Goldbergs, has been accused by four women of sexual misconduct spanning decades and ranging from inappropriate remarks to assault.

Kathryn Fiore Tigerman, 44, one-time MADtv cast member, told the Los Angeles Times that Callen raped her in his house after taking her out to dinner more than 20 years ago.

An employee at an American Apparel store named Rachel Green accused Callen of pinning her against a dressing room wall and forcibly kissing her a decade later.

Claire Ganshert, who was an aspiring actress when she met Callen in 2012 when she was 23 and working as a barista, and he was 45 and married, said she had a four-year affair with Callen, and that he told her in 2016 that women have a ‘biological, primal desire to be raped.’ 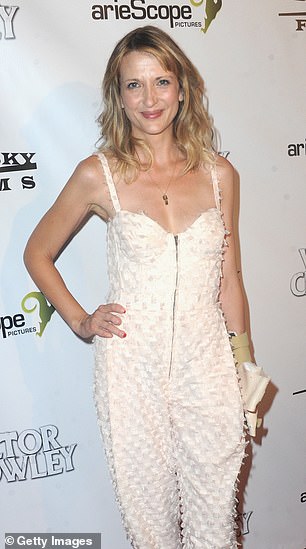 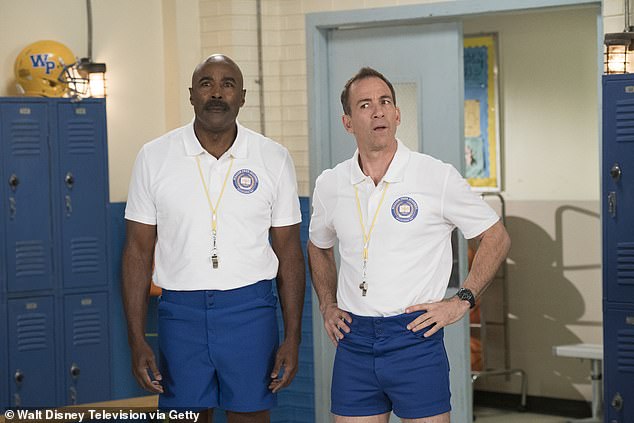 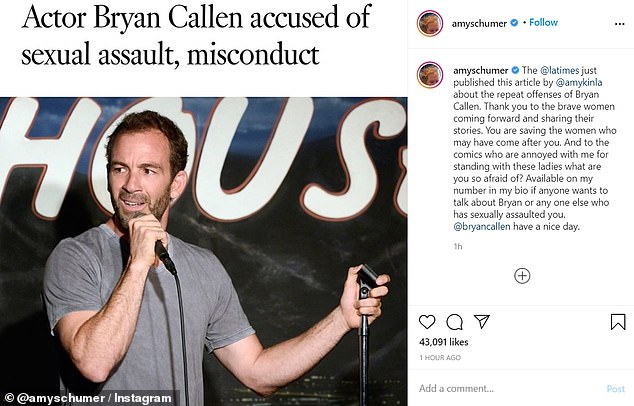 The most recent allegation comes from comedian Tiffany King, who claimed that the actor offered her stage time and money in exchange for oral sex in 2017, while she was going through a difficult divorce and struggling financially.

The bombshell allegations against the 53-year-old comic were detailed in a Los Angeles Times article that was published on Friday morning.

Callen released a statement to the publication, vehemently denying all the claims of sexual misconduct against him.

‘Let me be very clear: I have never raped, forced myself upon any woman nor offered to trade stage time for sex. EVER,’ he stated. ‘I know the truth. And I can only hold my head up high, remain true to myself, my family, my audience and know that I will not allow the cancel culture to subvert what I know and as importantly, what they know, is the truth.’

Fellow comedian Amy Schumer weighed in on the disturbing allegations on Instagram and expressed her support for Callen’s accusers.

‘Thank you to the brave women coming forward and sharing their stories,’ Schumer wrote. ‘You are saving the women who may have come after you. And to the comics who are annoyed with me for standing with these ladies what are you so afraid of? Available on my number in my bio if anyone wants to talk about Bryan or any one else who has sexually assaulted you. @bryancallen have a nice day.’ 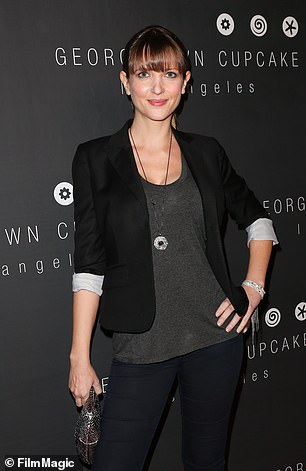 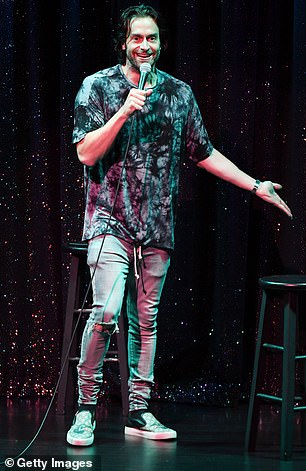 Tigerman said she was inspired to speak out after learning of allegations of sexual misconduct that were made last month against Callen’s friend, Chris D’Elia (right)

The revelations against Callen come just weeks after his close friend and collaborator Chris D’Elia was hit with multiple accusations of sexual harassment and misconduct involving women and girls as young as 16 years old.

D’Elia, a comedian and actor who appeared on the NBC sitcom Undateable, denied wrongdoing, saying in a statement to TMZ that he has never ‘knowingly pursued any underage women,’ and insisted that all of his sexual relationships have been ‘both legal and consensual.’

Tigerman told the LA Times that learning of the allegations against D’Elia gave her the courage to publicly speak out against his friend Callen, who tentatively spoke out in his defense on an episode of his podcast, The Fighter and The Kid, in mid-June, saying that he has never seen D’Elia engage in illegal activity.

‘So when Bryan’s name started coming up on Twitter last month, for the first time in 20 years, I started feeling relief,’ Tigerman said. ‘”Oh, I’m not by myself in this. I finally feel powerful against him.” And if I can give that feeling to somebody else, that would be great.’

Tigerman, a MADtv alum who retired from acting after suffering complete organ failure following the birth of her daughter Alice in 2013, told the newspaper that she first met Callen in 1994 in New York City, where her father, Bill Fiore, was working as an actor and helped Callen land a role.

That spring, Tigerman got a role in a TV pilot, and she said Callen invited her out to a celebratory dinner.

She recalled that Callen allegedly made a comment that she should take off her bra, which she laughed off.

Later at dinner, Tigerman said she ordered a glass of wine and went to the bathroom. By the end of the meal, she had drunk only half of the wine but felt ill and disoriented. 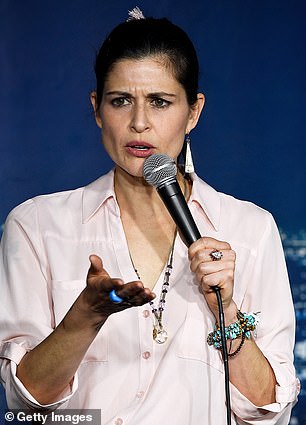 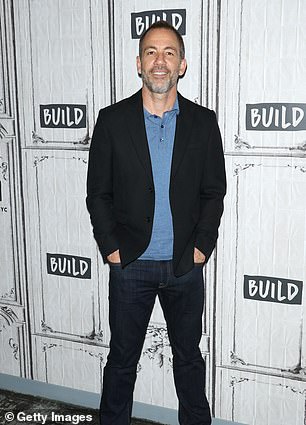 Comic Tiffany King (left) said Callen offered her stage time and money in exchange for oral sex in 2017, while she was in the middle of a divorce and a custody battle

Despite her state, she said she agreed to go to the movies with Callen. On the way to the theater, they stopped off at his home so that he could look up the show times in a newspaper. Tigerman and Callen ended up on the couch, and she said he began kissing her.

As the evening progressed, Tigerman claimed that Callen complimented her, saying she looked as ‘hot’ as a Playboy Playmate, then led her into the bedroom and pushed her onto the mattress.

Tigerman said she repeatedly said ‘no’ and, inspired by a TV crime show she had recently seen, attempted to humanize herself to Callen by repeatedly saying her name.

Tigerman said she felt she could not escape from under Callen, so she stopped pleading and mentally ‘checked out’ until the sexual act was over.

She claimed that seeing that she was upset and crying, Callen tried to calm her down and said he was not a ‘big bad rapist.’

In his statement to The Times denying the allegations, Callen reportedly insisted that both he and Tigerman agreed to have sex, and that her rape claim was ‘demonstrably false.’

Tigerman said over the years, she has told multiple people in her life about the alleged rape, beginning with her boyfriend at the time and her close friend immediately after the incident. She later opened up about the encounter to other friends and her future husband, Gabriel Tigerman.

She said she did not go to the police or submit to a rape kit test because it seemed too invasive, and she also did not want her father to find out for fear that he would physically attack Callen and get arrested. 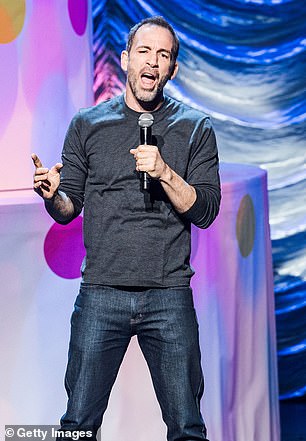 Callen, who is said to be in the middle of a divorce, has vehemently denied any wrongdoing in response to the sexual abuse allegations

Tigerman and Callen’s path crossed again years later, when she auditioned to play his wife on a TV show, but she did not get the part.

In 2009, Callen was shopping at an American Apparel store in Pittsburgh when an employee named Rachel Green, who was helping him pick out clothes to try on, caught his eye.

He returned the following day to try on more clothes, and allegedly accosted Green.

‘He ran out of the fitting room to grab something, so I went in to get the clothes he’d already tried on,’ she told The Times. ‘And then he comes in, pushes me against the wall, closes the curtains and starts kissing my neck as he asks me if I’m going to get in trouble.’

Green said she pushed Callen away and told her colleagues about the incident.

A few years later, Callen, who was married at the time to Amanda Humphrey, allegedly began an extramarital affair with Claire Ganshert, a 23-year-old aspiring actress who worked at a coffee shop in New York City. She said she initially did not know he had a wife.

Ganshert said Callen offered to help with her acting career and would talk about introducing her to people in the industry. He also offered her advice on how she should conduct herself during auditions, and allegedly urged her to present herself as sexually available and funny.

She recalled that on one occasion in 2016, as she and Callen were visiting Philadelphia, he told her that women have a ‘biological, primal desire to be raped.’

They broke up later that year, and Ganshert said her affair with Callen has left her with a psychological trauma that required the help of a therapist.

Callen denied Ganshert’s allegations, accusing her of ‘mud-slinging’ to generate publicity for herself.

A year after the end of Callen’s alleged relationship with Ganshert, he was riding in a car with fellow comedian Tiffany King in Pennsylvania when he allegedly asked her to perform a sex act on him. 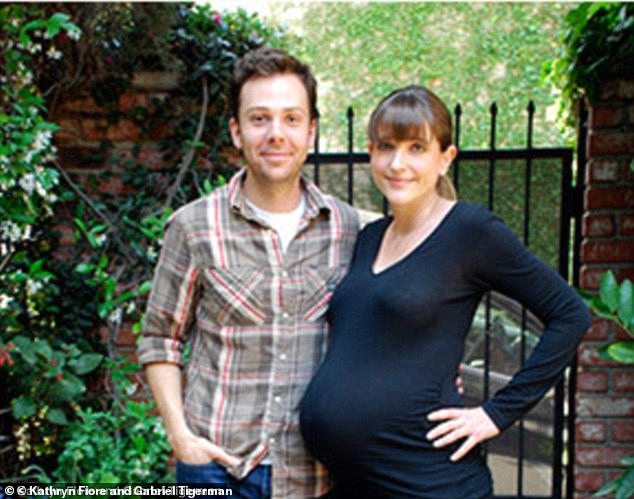 Tigerman, pictured with her husband, Gabriel, walked away from acting suffering complications during the delivery of her daughter in 2013

King told The Times that she was in dire financial straits, and in the middle of an ugly divorce and custody battle at the time, when Callen suggested that she perform oral sex on him in exchange for stage time at his show and ‘some money.’

King refused Callen’s offer, which marked the end of their friendship. She later relayed the story about the alleged quid-pro-quo offer to friends, and even talked about it on stage earlier this year.

‘It was so humiliating,’ King described the alleged experience. ‘He was somebody I looked up to as a comedian who had control over something I loved.’

Callen denied ever soliciting a sexual favor in exchange for a comedy gig.

Callen’s wife of 11 years filed for a divorce in February of this year, according to a TMZ report.

Callen began his career in Hollywood in 1995, when he was cast on the sketch comedy show MADtv. His IMDB page boasts dozens of film and TV credits, most notably as Coach Rick Mellor on the hit ABC show The Goldbergs, currently in its eighth season.

He recently reprised his role as the gruff-yet-kind high school coach on the short-lived spinoff Schooled, featuring other characters from The Goldbergs.

Callen was set to appear in a new prank show with Chris D’Elia on Netlfix, but the streaming giant pulled the plug on the program after the 40-year-old star of Undatable was accused of sexual misconduct involving teenage girls.

Callen also made headlines last month when he contracted COVID-19 along with another comedian after performing at a live show in San Antonio, Texas.

On July 20, he posted a message on Instagram bragging that he was coronavirus-free.