Ford is using the inactive Kentucky Speedway as a storage facility. And you can see the trucks in the parking lots surrounding the speedway from space.

The Kentucky Speedway in Sparta opened in 2000 and hosted NASCAR races at the track through 2020. The track has been unused for racing after it was left off the 2021 NASCAR schedule and its vast parking spaces are now being utilized by Ford thanks to a semiconductor shortage that has plagued the auto industry since the COVID-19 pandemic.

Ford has been parking unfinished F150 trucks at the speedway since the spring and the number of trucks at the track has only continued to grow. Just look at how many trucks are sitting in the parking lots this month as Ford waits to get the parts it needs to finish the trucks and ship them off to buyers and dealers. As of this week, the unfinished trucks are taking up a majority of the track's parking spaces per satellite images.

Kentucky Speedway is less than two hours away from Ford’s Louisville assembly plant. That plant is the primary place where Ford’s trucks are built.

The automaker said earlier this week that it currently had over 40,000 trucks and SUVs that it couldn’t finish because of a lack of parts. It’s not the only manufacturer facing the same scenario. GM also has thousands of cars unfinished that are waiting on parts.

At least Ford is finding a use for Kentucky Speedway after NASCAR said goodbye to the Speedway Motorsports-owned track. Kentucky hosted top-tier Cup Series races from 2011-20 but struggled with attendance problems in its final years after horrible traffic issues before and after its first few Cup Series races. Situated between Louisville and Cincinnati on Interstate 71, the track had just one major way to get to and from the facility. 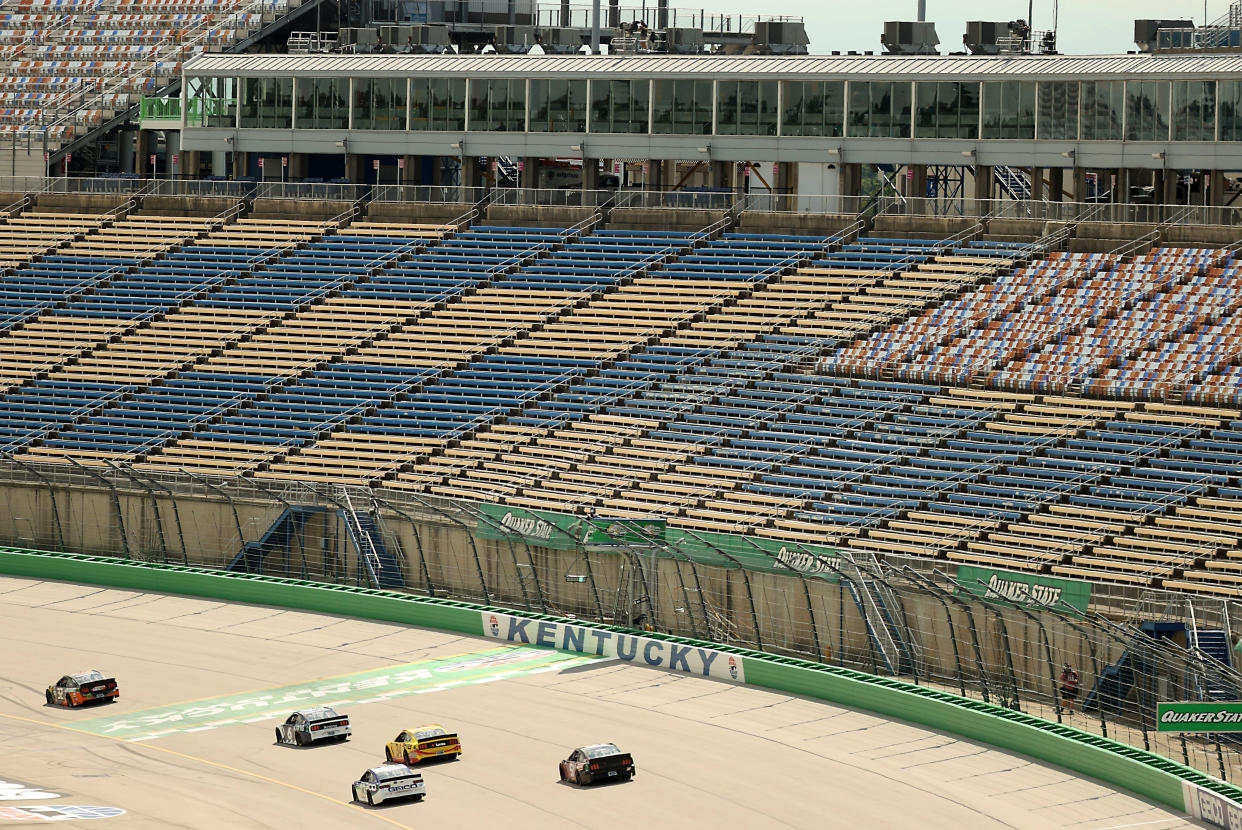