From lowly nightclub bouncer to negotiating with Colombian cocaine cartels: The rise and fall of Curtis ‘Cocky’ Warren – dubbed UK’s Pablo Escobar – as he is set for release after 20 years behind bars… and free to ‘travel abroad’

At one point, Curtis Warren was so wealthy that he featured on the Sunday Times rich list.

Back then, in 1997, Warren’s riches – estimated at the time as £40million – were said to be a result of his ‘property portfolio’ and put him 481st among Britain’s wealthiest.

But this was no legitimate businessman. He was instead the man who had smuggled so many drugs into the UK that he was known as Britain’s Pablo Escobar.

Having made links with a Colombian drug lord who could guarantee best supply of cocaine into Britain, ‘Cocky’ Warren  built an empire that netted him vast riches, and notoriety.

But a direct consequence of Warren’s illegal activity were repeated spells behind bars. Now, 59-year-old Warren, who earned an estimated £200million fortune, is set to be released from prison once again next month.

He had been jailed in 2009 over dastardly plans to smuggle £1million of cannabis into Jersey. At the time, it was noted how he was believed to have drug producing contacts in countries including Iran, Morocco, South and Central America, Ghana, Thailand and Australia.

When he finally walks free, the man dubbed ‘a big Scouse git in a shell suit’, who once worked as a club bouncer in his home city of Liverpool, will have spent nearly half his life on the wrong side of prison walls, with the latest stint amounting to nearly 20 years.

In a bid to stop further misdeeds when he does leave prison, the notorious criminal is set to be banned from Whatsapp and Facebook messenger.

However, Warren, who once boasted that he could spend £50,000 a day and still would not ‘go broke’, will allegedly be free to apply for a British passport and will not be under a curfew. 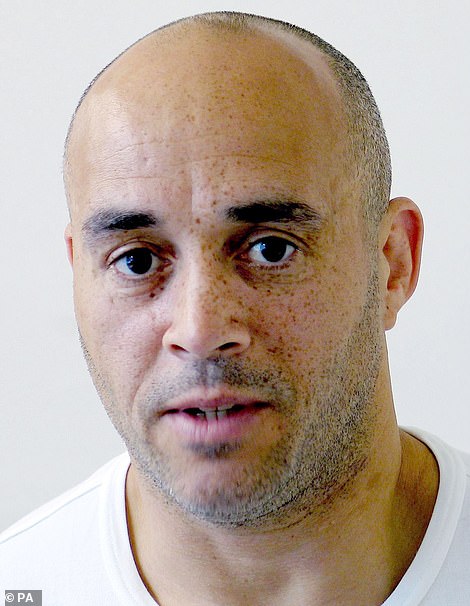 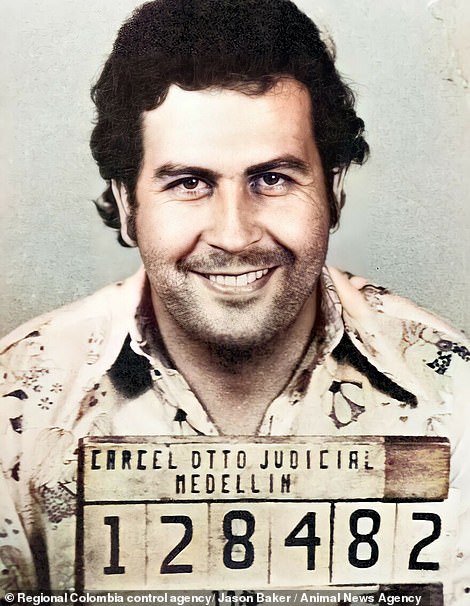 At one point, Curtis Warren (pictured left in a police mugshot in 2009) was so wealthy that he featured on the Sunday Times rich list. Back then, in 1997, Warren’s riches – estimated at the time as £40million – were said to be a result of his ‘property portfolio’. But this was no legitimate businessman. He was instead the man who had smuggled so many drugs into the UK that he was known as Britain’s Pablo Escobar (right) 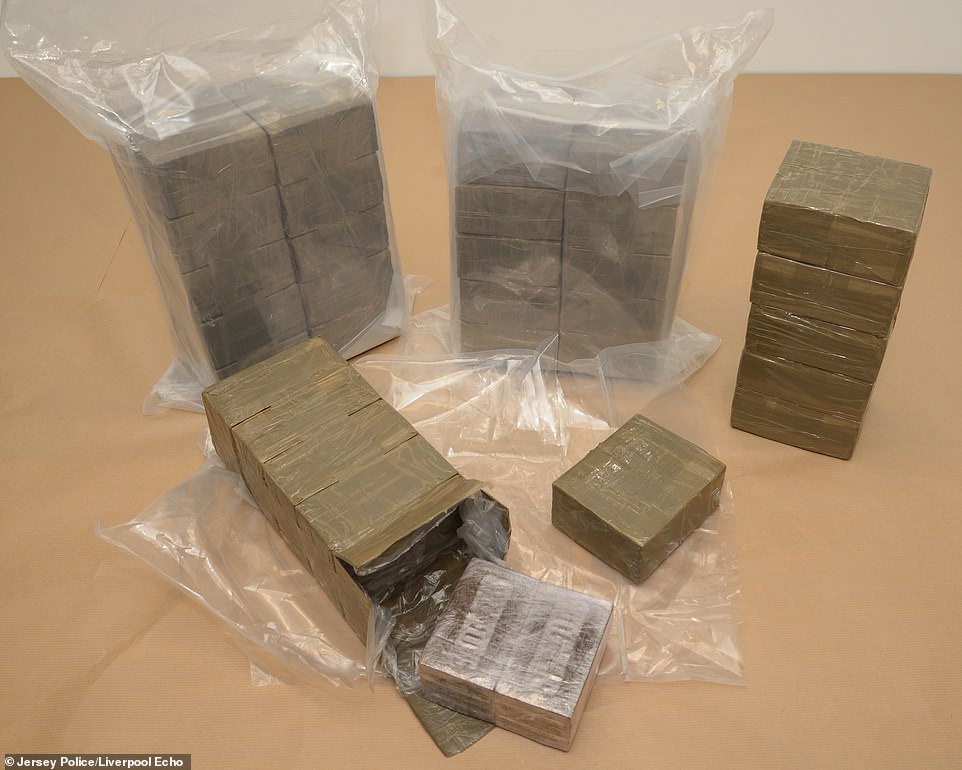 Warren had been jailed in 2009 over dastardly plans to smuggle £1million of cannabis into Jersey. Above: Some of the drugs after they were seized by police

Who was Pablo Escobar? 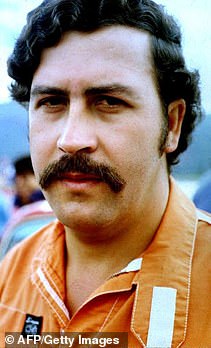 During his time at the helm of the Medellin Cartel he controlled over 80 per cent of the cocaine shipped to the US.

This earned him the rank of one of Forbes Magazine’s ten wealthiest people in the world.

Escobar entered the cocaine trade in the early 1970s, collaborating with other criminals to form the Medellin Cartel.

Despite his role as a drug lord Escobar earned popularity by sponsoring charity projects and soccer clubs.

However terror campaigns run by Escobar resulted in the murder of thousands turned the public against him.

By the mid-1980s, Escobar had an estimated net worth of $30 billion, with cash so prevalent the drug smuggler bought a Learjet for the sole purpose of flying his money.

More than 15 tons of cocaine were reportedly smuggled each day, netting the Cartel as much as $420 million a week.

Colombian law enforcement finally caught up to Pablo Escobar on December 2, 1993 in a middle-class neighborhood in Medellin.

A firefight ensued and, as Escobar tried to escape across a series of rooftops, he and his bodyguard were shot and killed.

Warren was born in Liverpool in 1963. He was the second son of Curtis Aloysius Warren, a black seaman with the Norwegian merchant navy.

His mother Sylvia Chantre was the daughter of a shipyard boiler attendant.

The gangster was aged just 12 when he dropped out of school and launched his criminal career.

His first brush with the police came when he was caught driving a stolen car, even though he was then still barely old enough to see over the wheel.

In 1978, the then 15-year-old was sentenced to three months in a detention centre, and at 18 was sent to Borstal for assaulting police officers.

Then, in 1981, when he was 20, Warren was sent to prison for two years for attacking a prostitute and her client.

The judge told him that only his youth saved him from a longer sentence.

When he was released, Warren worked as a bouncer for Liverpool clubs, and then started a business that organised doormen.

Now with the benefit of controlling access to many venues, by the time he was 22 Warren was reported to be selling cannabis and ecstasy.

The next prison sentence came in 1983: a five-year term for armed robbery.

But Warren’s path to becoming synonymous with Escobar – a man who became known as the ‘king of cocaine’ in his role as head of the Medellin Cartel – truly began in the late 1980s, when he teamed up with Brian Charrington and headed to Venezuela.

The men arranged to import cocaine sealed inside lead ingots, making it difficult for the authorities to detect by X-ray.

In 1993, a drugs trial that Warren was embroiled in collapsed.

Warren reportedly told customs officers ‘I’m off to spend my £87million from the first shipment and you can’t f***ing touch me’.

In 1995, Warren moved to Holland, where he continued his cocaine smuggling enterprise.

But now he was sending the drugs to Bulgaria, where had bought a share of a winery.

Once it was here, Warren’s grand plan involved suspending the cocaine in red wine and then shipping it to Liverpool and freeing it from the liquid.

But in 1996, the Dutch police intercepted 400kilos of cocaine that had been encased in lead and was pound for Bulgaria. They had been listening in to his phone calls.

‘Wh-ab-ite’: The codes used by Warren to run his empire

Wh-ab-ite: An altered form of the word ‘white’, a slang term for cocaine

Lemon: From ‘lemon barley’, which rhymes with ‘charlie’, another street name for cocaine

At other addresses controlled by the Liverpudlian they found 1,500kilos of cannabis resin, 60kilos of heroin and 50 kilos of ecstasy.

The whole haul of illicit goods was said to be worth £125million.

Warren was sentenced to 12 years in prison, and then was given a further four years after being convicted of killing another prisoner following a fight in the exercise yard in 1999.

After serving two thirds of his sentence – ten years and eight months in total – Warren was released in the summer of 2007.

His first act was to return to Britain to visit his elderly mother.

Two years later, Warren was convicted of the crime that would keep him behind bars until this month.

He was jailed for 13 years over a plot to smuggle £1million of cannabis into Jersey.

He and five other en planned to flood the Channel Island’s streets with huge quantities of the drug.

Warren’s gang aimed to buy 180kg (400lbs) of cannabis in Amsterdam and then take it by car to the coast of Normandy, where it would be put on a boat to Jersey.

In Jersey, the street value of drugs is there times higher than the UK.

Unbeknown to Warren, he was being trailed by Jersey Police and the Serious Organised Crime Agency. 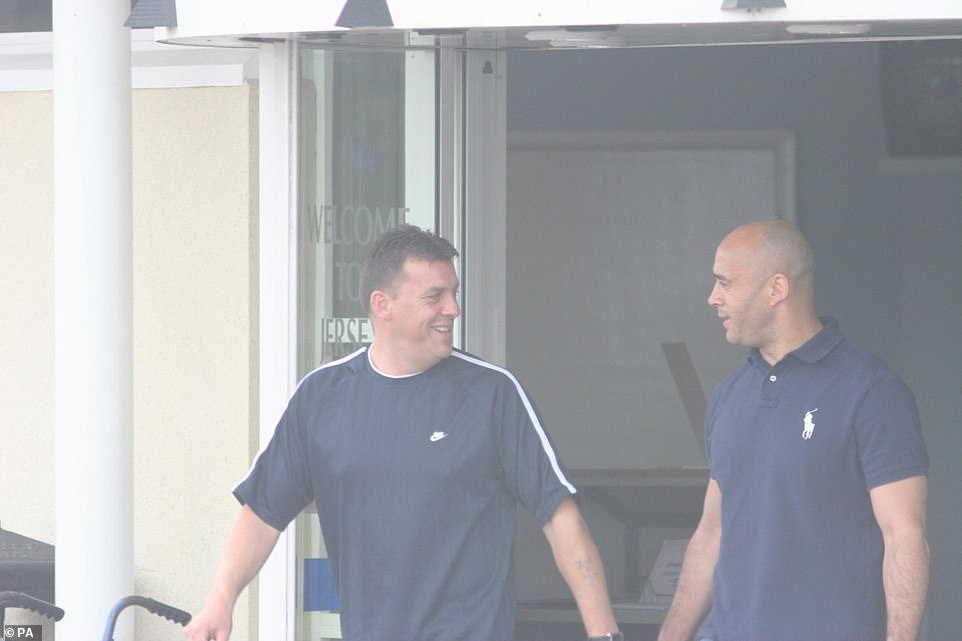 Warren (right) is seen with alleged co-conspirator Jonathan Welsh at Jersey airport. Warren was jailed for 13 years over a plot to smuggle £1million of cannabis into Jersey 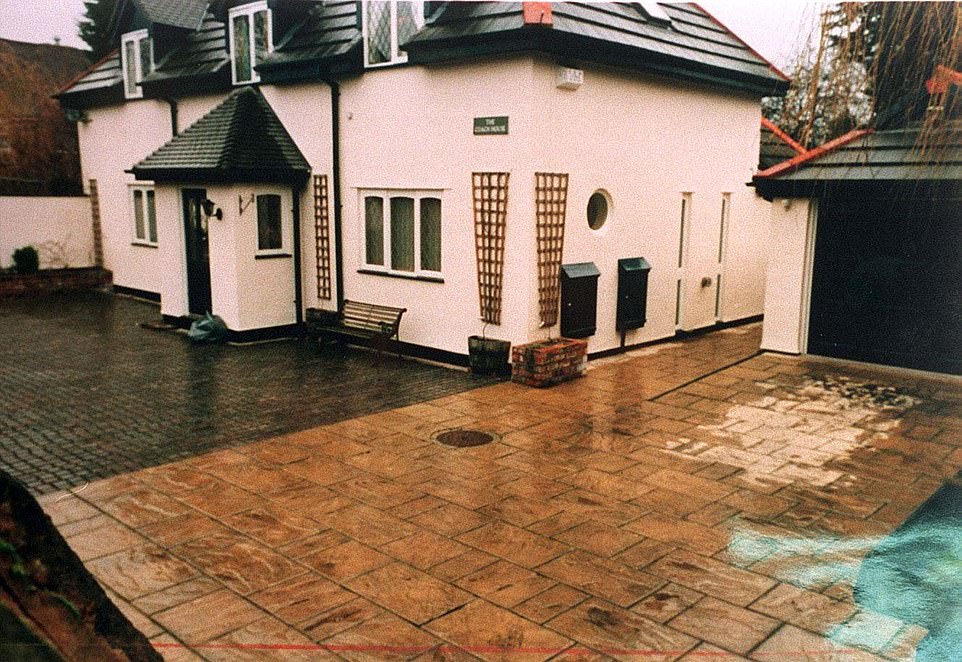 One of the several homes that Warren owned in Merseyside is seen above. Warren was born in Liverpool in 1963 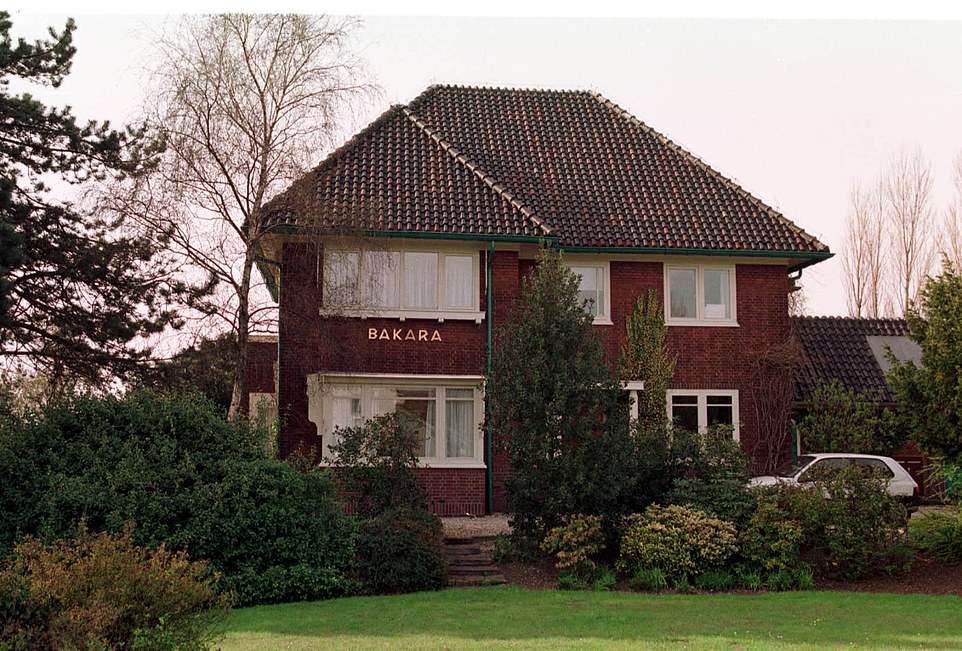 Warren also owned this property in Holland, where he was jailed in 1996 for his role in another drug smuggling plot

At the time he also failed to pay a £198million confiscation order.

The National Crime Agency have claimed that Warren also invested in a £4million gold mining venture in Guyana, along with more money in petrol stations and homes in numerous countries.

Speaking to The Guardian from his prison cell in 2013, Warren tried to claim he was anti-drugs.

He said: ‘It’s just not good, is it? Bloody hell, I’ve never had a cigarette in my life, or drink. I’ve never tasted alcohol or anything.

The gangster did not feel sorry for the people he had left hooked on the likes of heroine. Instead, he was more worried about his mother’s feelings.

Referring to his 1979 conviction for cracking a woman’s skull with a shotgun during an armed robbery, he said: ‘For my mother to read that! That’s not nice stuff to read.

‘It’s like the last time I was arrested in Holland they said I was in bed with a prostitute. It’s not true, as I told my girlfriend at the time’.