If you really want to cause a stir at the family table this Thanksgiving, don’t bother with gun control, reproductive rights, kneeling during the national anthem or her emails. Just say you don’t like turkey.

For the last 90 years or so, we have been living in an era of poultry correctness. According to the National Turkey Federation (a.k.a Big Turkey), the rate of turkey consumption in the United States is roughly 5.3 billion pounds a year, with 45 million poor avian souls eaten over the holidays. This kind of popularity is hard to argue with. For dissenters, the tyranny of turkey is real — even though it’s an ordeal to prepare, and most of us know it’s generally a letdown. 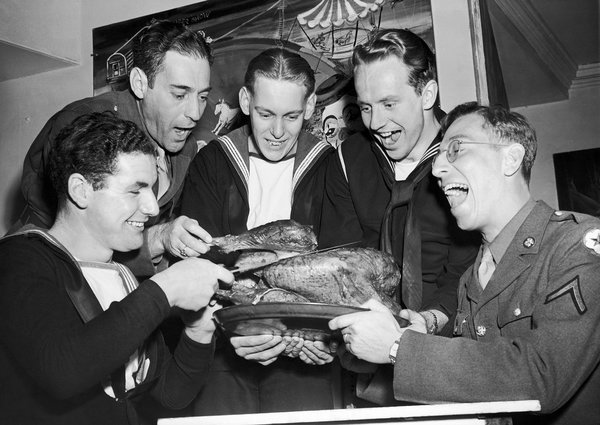 To wit, in the vast New York Times photo archive, there are very few pictures of Americans turning their noses up at turkey. But, as evidenced by the photos here, there are legions of tryptophan try-hards mugging it up with their table fowl.

The most recognizable version of this image is of course Norman Rockwell’s “Freedom From Want,” which appeared in a 1943 issue of The Saturday Evening Post. This Rockwell setting became an icon, and with his rendering the tableau became as American as, well, a turkey dinner. But what about the freedom not to want (turkey)?

This constituency has found little representation on the national level. At least one of the presidents since the White House turkey pardoning tradition officially began in 1989 must have disliked the dish, but none dared give such a reason for sparing the bird’s life. This is smart politics. Hating turkey isn’t an impeachable offense, of course, but you’re better off as an atheist running for office in today’s America.

The bright side, however, is that in these divisive times, here is a truly bipartisan issue — neither red nor blue, but golden brown. Republicans and Democrats alike will be offended if you say you don’t like turkey. And if your grandfather is a libertarian, he’ll be annoyed as well.

If you’re skeptical, here’s a thought experiment: Search your mind for an instance of someone complaining to the point of nonattendance because you’re serving turkey. Now, imagine emailing your current Thanksgiving invite list and telling them you’re making, say, lamb chops. Now measure the plausibility of the two scenarios against each other. And enjoy eating lamb chops alone.

As we digitize our photo library — some six million images dating back more than 100 years — we’re surfacing the pictures in an archival storytelling project called Past Tense.