The desperate face of ‘insanity’: From the newlywed whose husband said she shopped too much, to wife forced to marry her COUSIN – the women locked up in London lunatic asylum in the early 20th century

Haunting portraits have revealed the faces of women committed to a London lunatic asylum in the early twentieth century.

The images show various ‘insane’ women who were hospitalized at Croydon Mental Hospital in South London between 1909 and 1912.

As the British capital’s population surged at the start of the twentieth century, Croydon Mental Hospital was established to accommodate the vast numbers of ‘un-placed London lunatics’ in the city.

And while some images in the series seem to reveal women with legitimate mental illnesses, others appear to show women who may have been hospitalized against their will for dubious reasons.

Among those kept in the asylum was a newly-wed bride, Ingrid Schwitzguebel, who was committed by her husband at the age of 37 because she supposedly enjoyed shopping and going to the theatre ‘too much’.

However, other motives may have been at play as the records go on to show that she suspected her husband of affairs with other women, and had threatened to attack him with a hat pin. 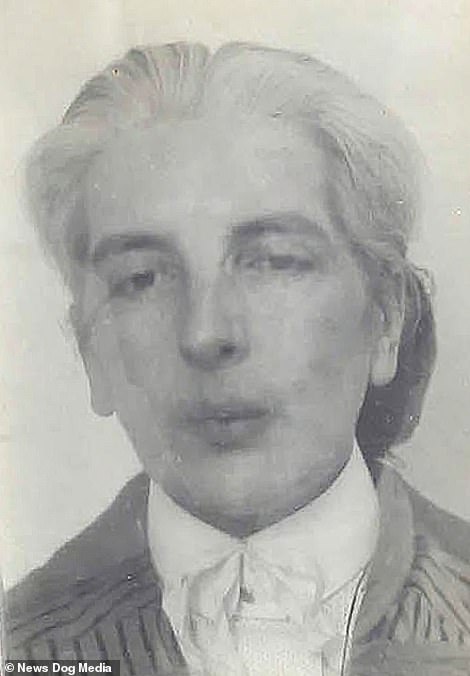 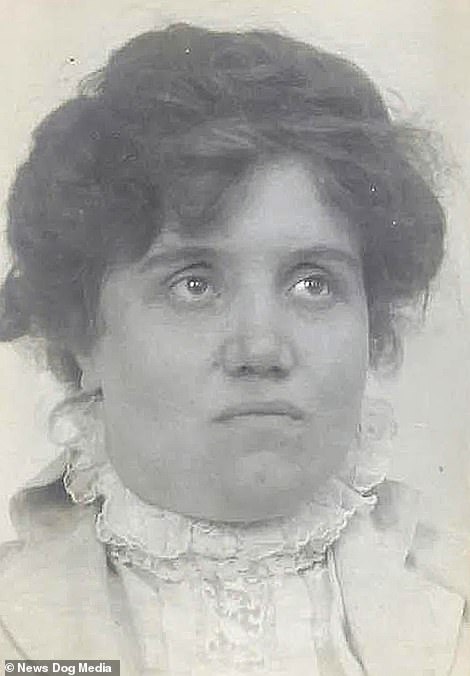 Kate Jeffrey (left) was 40 when she was admitted in October 1910. She blamed her relatives for attempting to force her into a marriage with a cousin whom she thought immoral. Ingrid Schwitzguebel (right) was admitted in July 1909, aged 37 years old. Ingrid was committed by her husband for living almost exclusively for pleasure, claiming her desire to visit theatres, musicals, lounging in the London fashionable streets, looking at shops was ‘insatiable’. However, other motives may have been at play as the records go on to show that she suspected her husband of affairs with other women, and had threatened to attack him with a hat pin 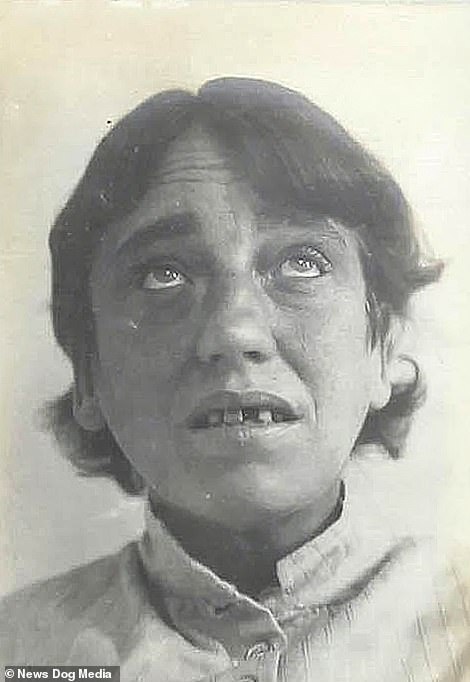 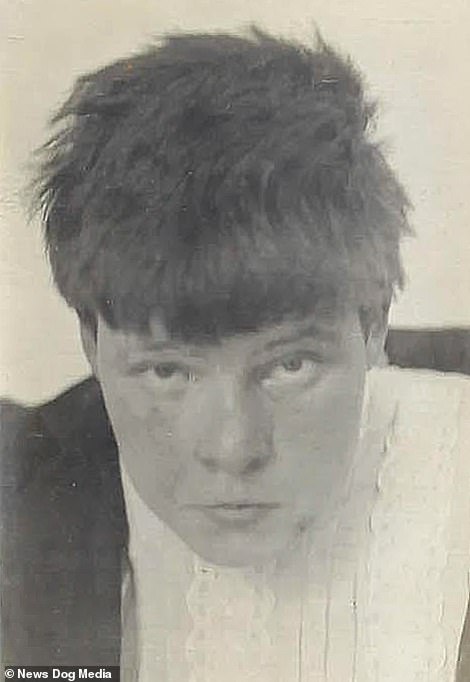 Ida Macpherson Stevenson (left) was 39-years-old when she was admitted in August 1909. It’s written that ‘she talks to herself inexplicably and says she is being persecuted and poisoned.’ Alarmingly it goes onto say ‘She says that she is burning all over and must have ice, calls to God and constantly screaming’. Lora Finnemore (right), was 25-years old upon her admission in August 1909. It’s written that she is demented and said ‘she had been feeling funny and people were making fun of her and that everyone was leaving her out of everything’ 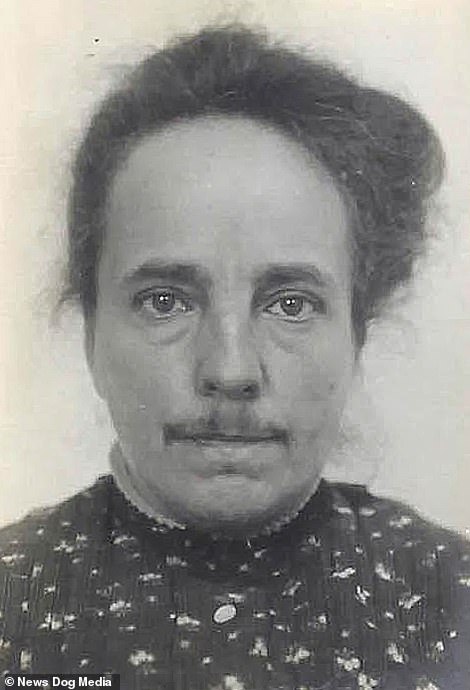 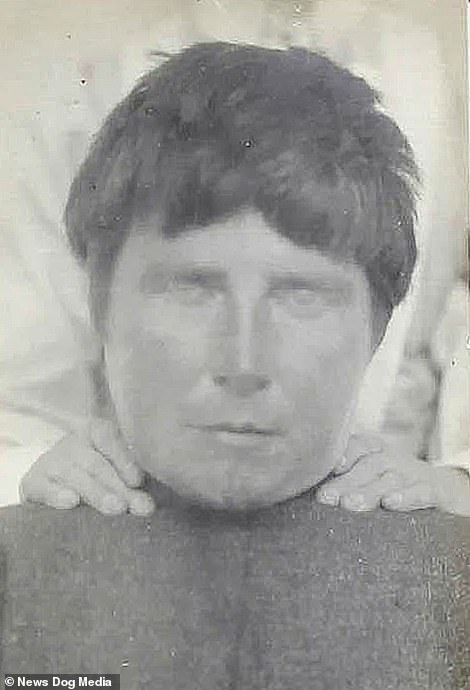 Jane Jefferies (left), 50-years-old when she was admitted in July 1909. She is described as ‘having the aspect of a lunatic’ as she would ‘sing rubbish and clap her hands.’ Jane Elizabeth (right) was 45-years-old when she was admitted in August 1909. It’s written that ‘she says she hears voices of people talking to her. She is incoherent and incapable of answering the most simple questions’ as well as being continually described as being ‘demented’

Another woman was institutionalized for objecting to a forced marriage with her own cousin, while a 35-year-old female was sent to a psychiatric hospital because she believed she was a God.

Opened in June 1903, Croydon Mental Hospital was reputedly the first British institution to be called a ‘mental hospital’ at a time when most comparable institutions were called ‘asylums’.

The founders hoped that the name would distance this new hospital from unwelcome historical associations of neglect and abuse.

The county borough of Croydon came into existence following the Local Government reforms of 1888-90.

For many years, Cane Hill Asylum in Coulsdon, South London had housed ‘insane’ patients from the Croydon area.

But with the continued development and population growth of Croydon at the end of the Victorian era, the council decided a local space was required to house the vast numbers of ‘un-placed London lunatics’. 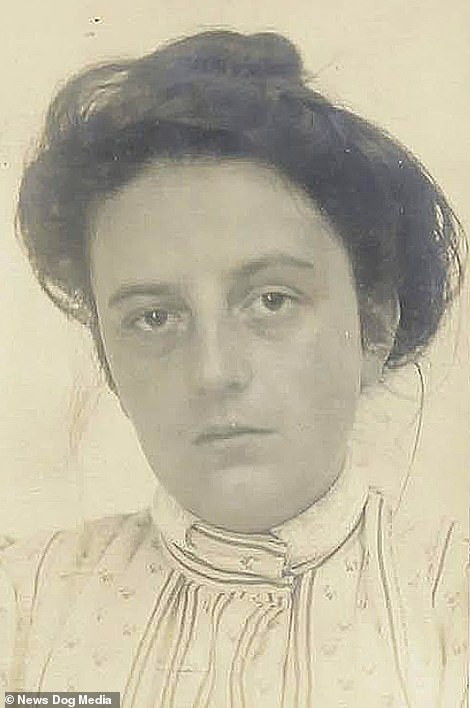 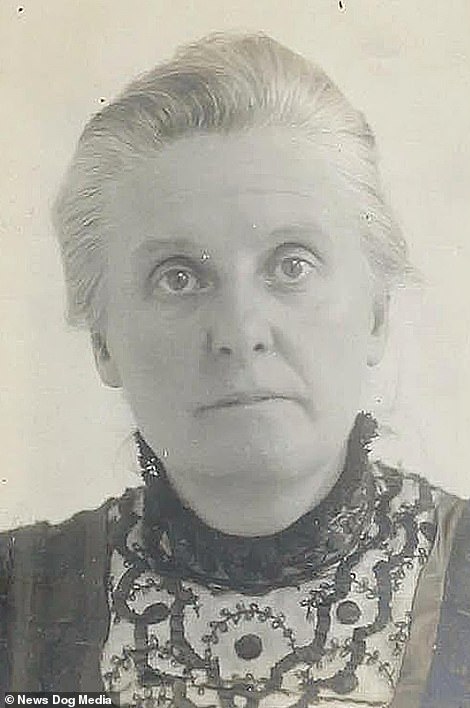 Pauline Mary Thompson (left) was 29-years-old when she was admitted in June 1909. In her notes it was written that she says ‘she is unfit to live in the world. Has a light twitching of the left eye and froths at the lips when she speaks. She claims that people are trying to deprive her of her chastity and that the birds talk to her.’ She was discharged in September 1909. Dressmaker Lilian Rose-Froome (right), aged 45-years-old upon admission in June 1909. She is described with having ‘grandiose ideas’ and saying ‘that she effects to inherit a large estate and that royalty will visit her’ 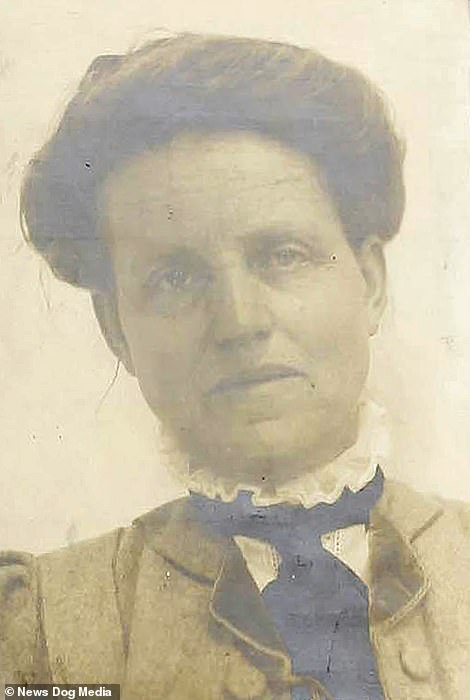 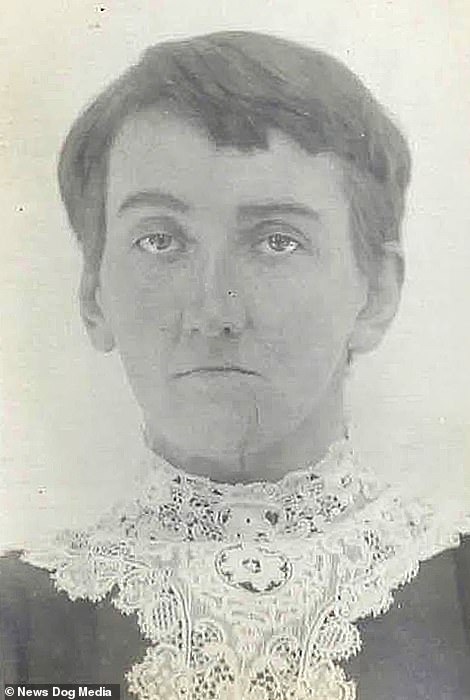 Harriet Pinpoint (left), a maid from London, was 50-years-old when she was admitted in May 1909. She was suffering from melancholy and delusions. She told staff that she had committed a great sin and was unfit to live, despite being in good health. She improved and was released in June 1911. Marion Francis Bouche (right) was 33-years-old upon admission in August 1909. It’s written in her notes that ‘she tried to run away from her nurse saying she heard devils in human form around her and that they were talking to her’ 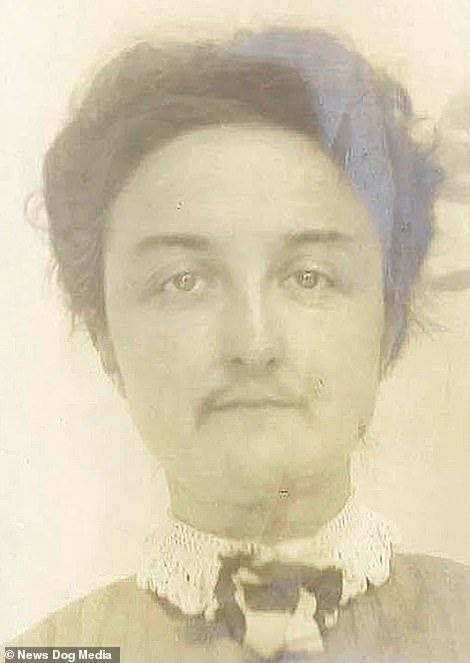 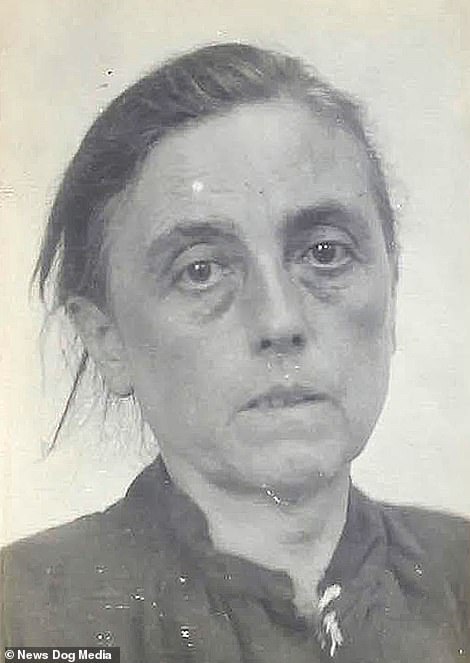 Emily de Longe (left) was 39-years-old when she was admitted in July 1909 after she stole a mannequin from a dress maker and tried to take it into London. Once in the asylum she said been given a ‘mission that was for the glory of the world’. Katharine Wilding (right) was aged 51-years-old on admission in July 1909. It’s written that she ‘self-harms and has acute melancholy and depression. She hardly speaks and destroys her clothes’

Initially, Croydon Mental Hospital consisted of three male and female blocks placed either side of the central administrative, recreational and service areas. The ground also included a large chapel and a burial ground.

A few years later, the hospital was extended and two further blocks for female patients were added.

In the twenty years following the end of World War II, Croydon Mental Hospital (renamed as Warlingham Park) was hailed as one of the leading hospitals in psychiatric care.

It became the first mental hospital to thoroughly implement an ‘open door’ policy and the first to open a specialized unit to treat patients with alcohol and drug dependency.

After the introduction of Care in the Community in the early 1980s, Croydon Mental Hospital went into a period of decline and eventually closed in 1999.

Following closure, the hospital site was re-developed for residential use. 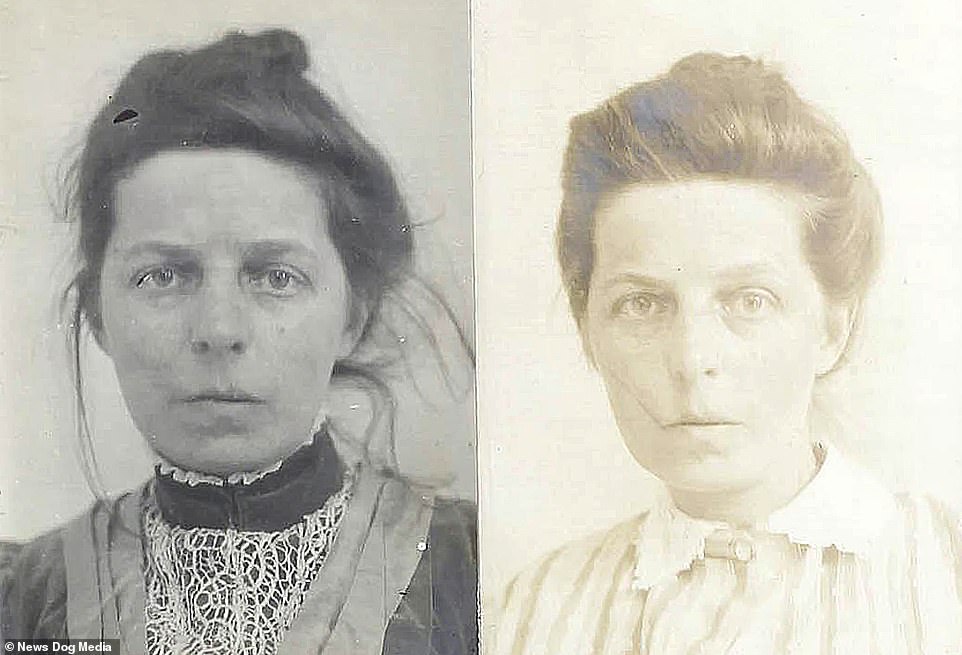 Ethel Julia Ouselay Collins (left and right), from Surrey, was admitted to Croydon Mental Hospital in August 1910 aged 35-years-old. Ethel was committed for ‘mixing of her ideas with religious matters, including believing that she had not been born yet and was a God chained on a pedestal’. It was also documented that she had delusions of suspicion and persecution