Theresa May flashed Liz Truss a cheeky smile today after congratulating her on becoming the third female Tory PM.

Mrs May intervened to give the new premier a boost as she fielded her first PMQs session in the House of Commons.

And Ms Truss took the opportunity to have a swipe at Labour, joking that the Opposition party only elects leaders from North London.

Rising to her feet in the chamber, the Maidenhead MP said: ‘May I congratulate her and welcome her to her position as the third female prime minister…

‘Can I ask her why does she think it is that all three female prime ministers have been Conservative?’ 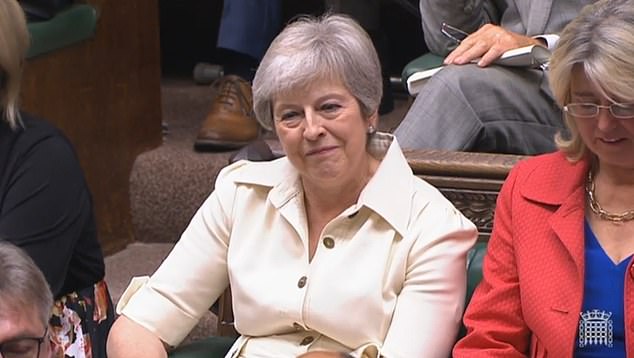 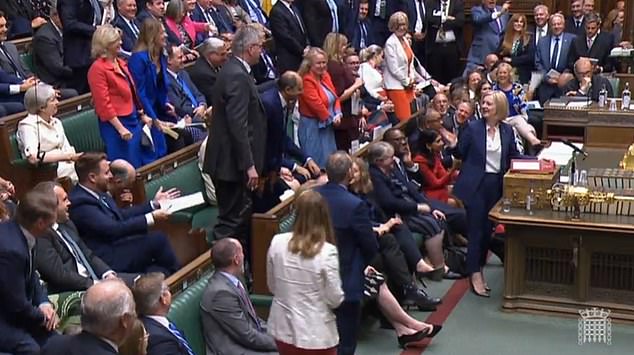 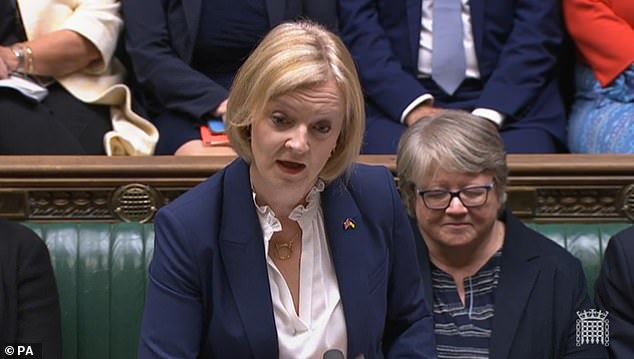 The PM replied: ‘I thank her for her fantastic question and I look forward to calling on her advice from her time in office as I start my work as Prime Minister.

‘It is quite extraordinary isn’t it, that there doesn’t seem to be the ability in the Labour party to find a female leader or indeed a leader who doesn’t come from north London.’

Relations have not always been warm between Mrs May and the new Tory leader, with Ms Truss having been demoted from Justice Secretary to Treasury minister in 2017.

Ms Truss’s first Cabinet reshuffle means that for the first time none of the four great offices of state are held by a white man.

However, analysis showed that there are a higher proportion of privately-educated ministers than under Boris Johnson.

The Sutton Trust has found that 68 per cent of the new Prime Minister’s cabinet attended fee-paying schools, compared with 64 per cent in Boris Johnson’s first cabinet in 2019. 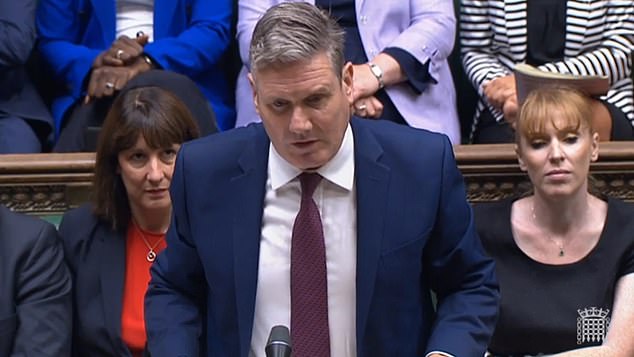