Victorians attempting to get information from the health department about travelling back into the state via phone have been told the line is too busy and to call back later.

As authorities on Sunday stressed only those with 'genuine hardships' will be granted an exemption back into Victoria after the state closed its border to NSW the helpline set up to handle applications and provide information was seemingly overloaded. People seeking an exemption are directed to the helpline as a starting point for their application. 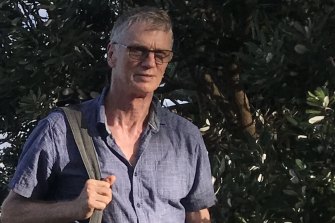 "Suddenly on Thursday night, it became clear that the window of opportunity was shutting. I had the option of packing my car and driving for almost 17 hours," he said on Sunday.

"I wasn't prepared to do that, it was too risky. I'm 68, I'm also diabetic, so I'd fall asleep under that sort of duress. It's dangerous driving those sorts of distances."

Mr Sanders is now hoping to get an exemption to return home to run his small business, but he said after repeated attempts he still couldn't get through to the DHHS phone hotline to get clear information on how to apply and what would be required.

"That's the treatment I got, so I will try to call again later, although there's probably not much point now," he said.

"There will be lots of people in this situation … others like me that feel stranded. This can't go on forever."

The Department of Health and Human Services was contacted for comment. It is not yet clear when the phone service will be reinstated.

Mr Weimar said people who were knocked back from receiving an exemption could apply again if their situation changes.

Around 170 people who returned to Victoria from "red zones" after the border to NSW closed are now in mandatory hotel quarantine for 14 days.