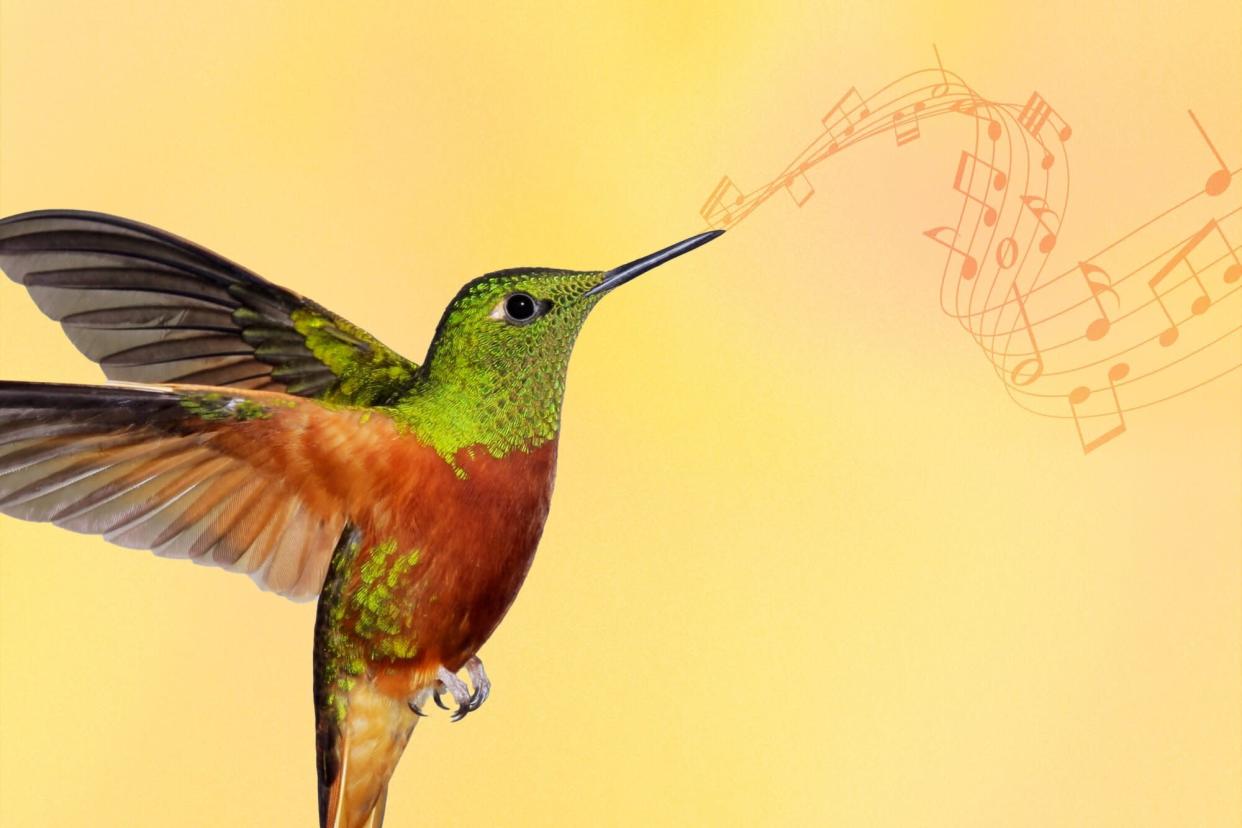 If you hum while you read this, your body could experience beneficial side effects from the vibrations. For one, the resulting oscillation as you exhale helps circulate healthy nitric-rich air within the nasal sinuses, which creates a better environment to help protect against pathogens. "If you do 10 seconds of humming, all the air is exchanged," says Eddie Weitzberg, M.D., a researcher at the Karolinska Institute and an intensive care physician at Karolinska University Hospital in Sweden. "With normal breathing, it takes between a half-hour and one hour." The better ventilation may help guard against sinus infections, especially in those prone to recurrent ones, he says.

Previous research by Dr. Weitzberg and his colleague also found that people who hummed as they steadily exhaled through their nose for ﬁve seconds increased the amount of nitric oxide in their nasal cavity (pumped in from the sinuses, which have stores of it) by 15 times compared with exhaling normally for ﬁve seconds. That spike in nitric oxide presents an opportunity to get more of the salubrious gas into the lungs, says Lou Ignarro, Ph.D., an emeritus professor of molecular and medical pharmacology at UCLA who won a Nobel Prize for his ﬁndings about nitric oxide. "After you ﬁnish humming, if you immediately breathe in through your nose, you can capture quite a bit of the nitric oxide," he says.

The huge beneﬁts of getting that injection into your lungs (which work to produce the gas themselves): Nitric oxide helps cells throughout the body destroy pathogens, and it's also both a vasodilator (it helps blood vessels open wider) and a bronchodilator (it expands airways). "Nitric oxide dilates the pulmonary arteries and veins so more blood can get into the lungs and therefore pick up the oxygen," Ignarro says. "It also widens the airways, the trachea, and the bronchioles so more oxygen can get in and get picked up by the increased blood getting in." Better circulation means your body is getting more fuel for all its inner workings, immune functions included. Then there's this crucial direct detox: "Nitric oxide in the lungs will kill or inhibit the growth of many bacteria, parasites, and viruses, especially the coronavirus," he says. (Related: How Improving Your Cardiorespiratory Fitness Can Strengthen Your Immune System)

Meanwhile, your humming is also creating vibrations in the inner ear that are being picked up by the vagus nerve, the longest nerve in the body, which starts at the brain stem and runs to the belly. "This power cord is the bidirectional highway of communication between body and brain," says Arielle Schwartz, Ph.D., a clinical psychologist in Boulder, Colorado. A study in the International Journal of Yoga that ﬁve minutes of humming (the humming-bee breath in yoga) increased vagus nerve activity as measured by improved heart rate variability. "That rhythmic rise and fall of the heart rate in synchronization with the breath in its optimal zone is actually putting the brain into what's often referred to as ﬂow state," she says. Having your system in ﬂow translates to many health beneﬁts, including less stress.