POLICE were called to Thorpe Park this evening after a visitor was stabbed in the stomach by another guest at the theme park.

The victim, in his 20s, was "seriously injured" after he was attacked on the bridge close to the exit just before 5pm today. 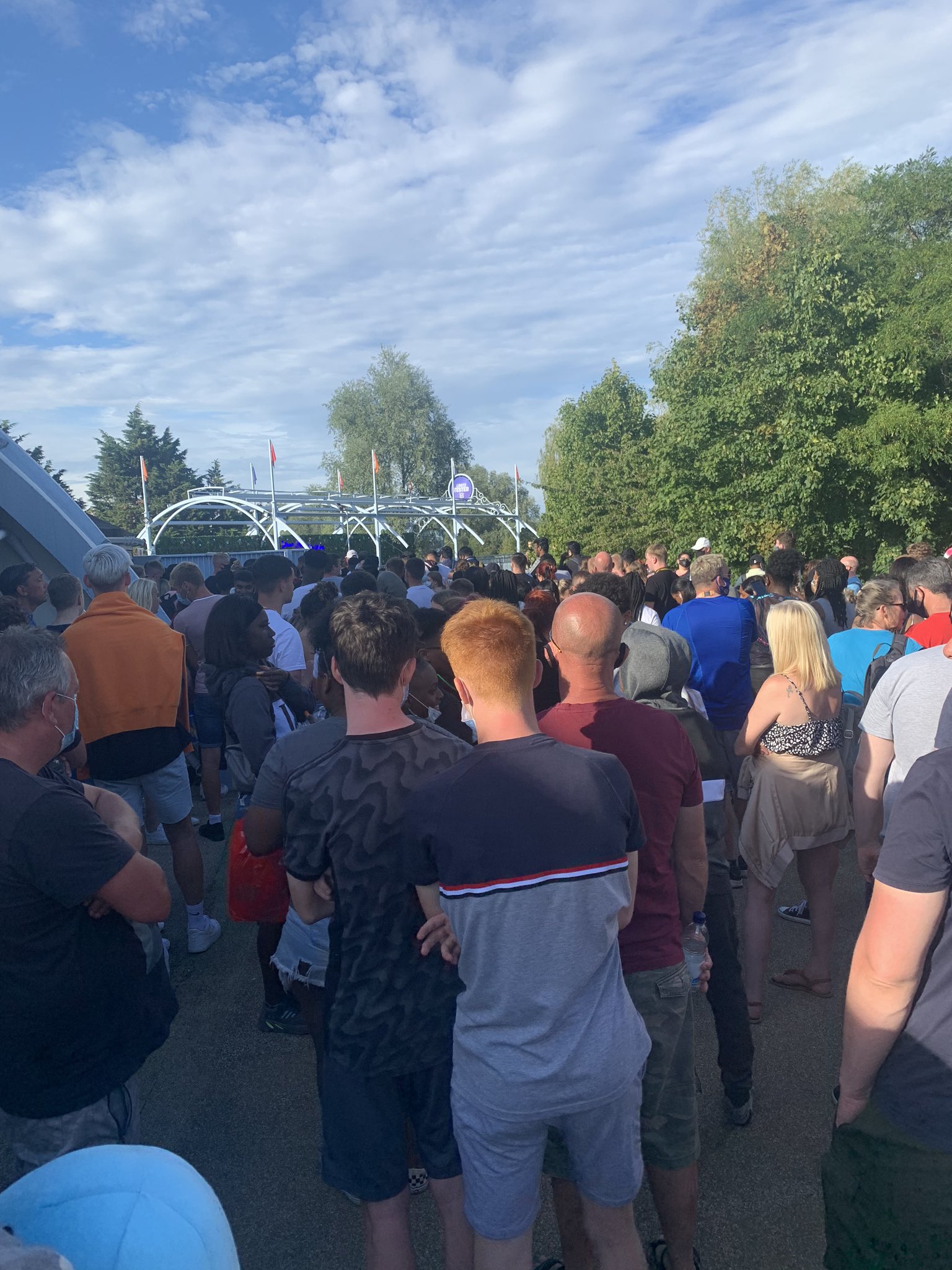 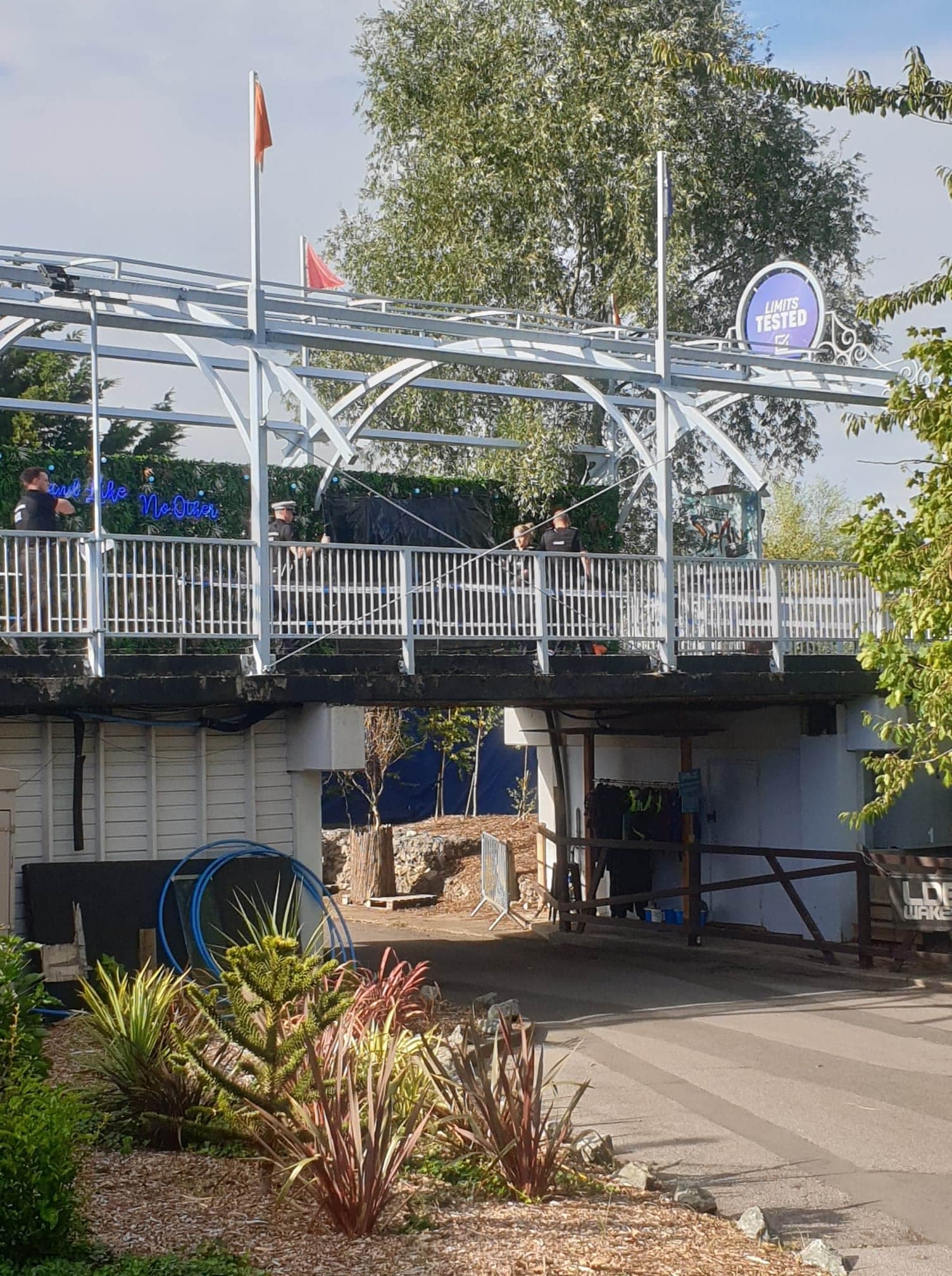 After police rushed to the scene, visitors were held inside the amusement park until 6.12pm.

It is not being treated as a terrorist incident.

The victim has been taken to hospital and his condition is described as serious. No-one else was hurt.

Two men, in their 20s, have been arrested on suspicion of attempted murder. They remain in custody.

Thorpe Park said they had "never had any incidents of this kind in over 40 years".

A spokesman for the park told the Sun Online: "An incident took place at the Thorpe Park Resort where a guest was seriously injured by another guest.

"The resort's security team and fully trained medical staff were at the scene within minutes and administered immediate care until emergency services teams arrived.

"The police were alerted immediately and the resort is co-operating fully with their investigations.

"The health, safety and security of our guests is our primary objective. We have an excellent security track record and have never had any incidents of this kind in over forty years. " 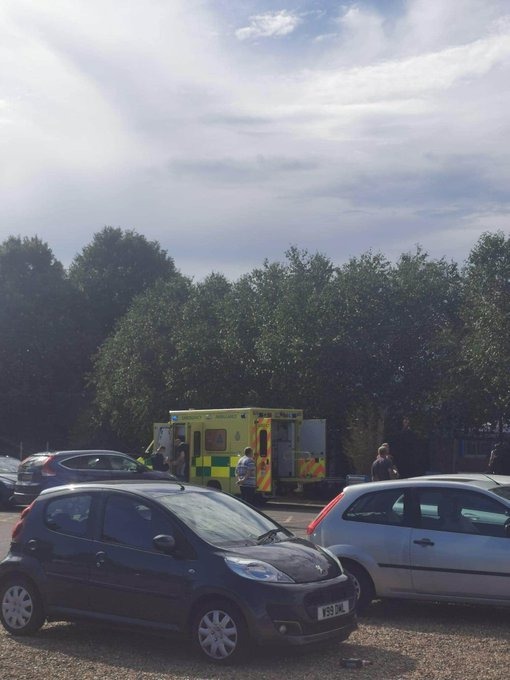 Sarah Reynolds, from Neath, told the Sun Online: "It happened at around 5pm. I saw the police cordon. There was blood on the floor and police dogs were looking for a knife. They wouldn't let us out until just before 7pm. Absolutely terrifying. No where is safe."

Park-goer Jordan Mallett, 21, said: "We went to leave the park and there was a man on the floor on the bridge to the exit.

"Police and ambulances attended the scene and when we got a clear look the area was covered by a black tent.

"Thorpe Park staff opened a few more rides for us to go back to while they made a safe route for park visitors to exit.

"However after two hours we left and there were still signs on blood on the floor which obviously isn’t nice for children to witness on the way out.

"There were about 20 police cars on the scene when we left."

Visitor Tony Stone, who was at the park with his kids, said: "We tried to leave at 5.05pm and were stopped at the front of the dome.

"We could see paramedics working on someone on the bridge. We were told to come back in the park."

Another visitor said: "Gates are open and we can finally go home. Major props to Thorpe Park for keeping the rides open, keeping the guests well informed and most importantly keeping us safe."

Detective Inspector Andy Greaves said: "I'm keen to hear from anyone who saw what happened or who has video footage of this assault. The two groups of people were close to the exit inside the park on the bridge when the assault happened.

"We're still trying to establish what has happened, however I'd like to stress that this incident is not being treated as terrorism-related at the current time.

"Enquiries are ongoing to locate all those believed to have been involved. Officers will remain in the area for some time this evening and I'd like to thank Thorpe Park for their assistance and co-operation with our investigation."

A spokesman for the the South East Coast Ambulance Service said: "We were called to the theme park at about 4.50pm following reports of a person with an abdominal injury.

"On arrival, we treated one person who was taken to a London Hospital."

Alternatively, if you prefer to remain anonymous, you can call the independent charity Crimestoppers on 0800 555 111.