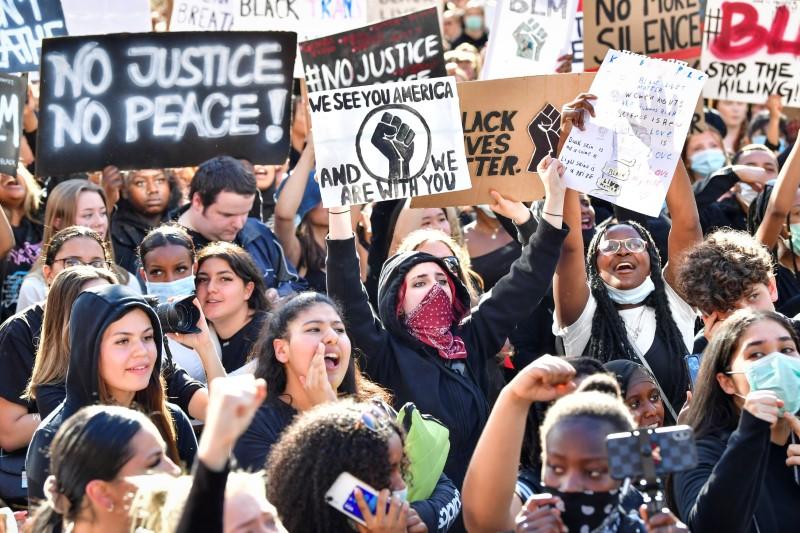 STOCKHOLM (Reuters) – Thousands of people joined a demonstration in central Stockholm on Wednesday to protest against racism in the wake of the death of George Floyd, a black man in Minneapolis, defying a ban on public gatherings of more than 50 people due to the pandemic.

Bearing signs and placards with messages such as “I can’t breathe” and “Black Lives Matter”, demonstrators gathered for several hours at a square in the heart of the city during the afternoon, television footage showed.

While the country has eschewed a lockdown and relied on Swedes’ sense of social responsibility with mostly voluntary measures to halt the spread of the novel coronavirus, it has banned gatherings of more than 50 people.

More than 4,500 people have died in the outbreak of the novel coronavirus in Sweden, many times more relative to the size of the population than in neighbouring Nordic countries.

A spokesman for the police, which did not move in to break up the gathering, declined to estimate the size of the crowd.

“It was a lot more than 50 anyway,” he said, adding people had eventually begun to disperse after organisers called on them to do so for health reasons. “There several groups moving around the town that we are keeping an eye on now,” he added.

Floyd, who was unarmed, died after a white police officer knelt on his neck for nearly nine minutes, and event that has set off the biggest anti-racism protests seen in the United States in decades.

His death has also sparked protests elsewhere in Europe with tens of thousands taking to the streets in London on Wednesday.