A STUBBORN homeowner is living life in the fast lane after a Chinese city built a highway bridge around her tiny house.

The owner refused to sell their house to Government for a decade and refused to accept compensation for its demolition. 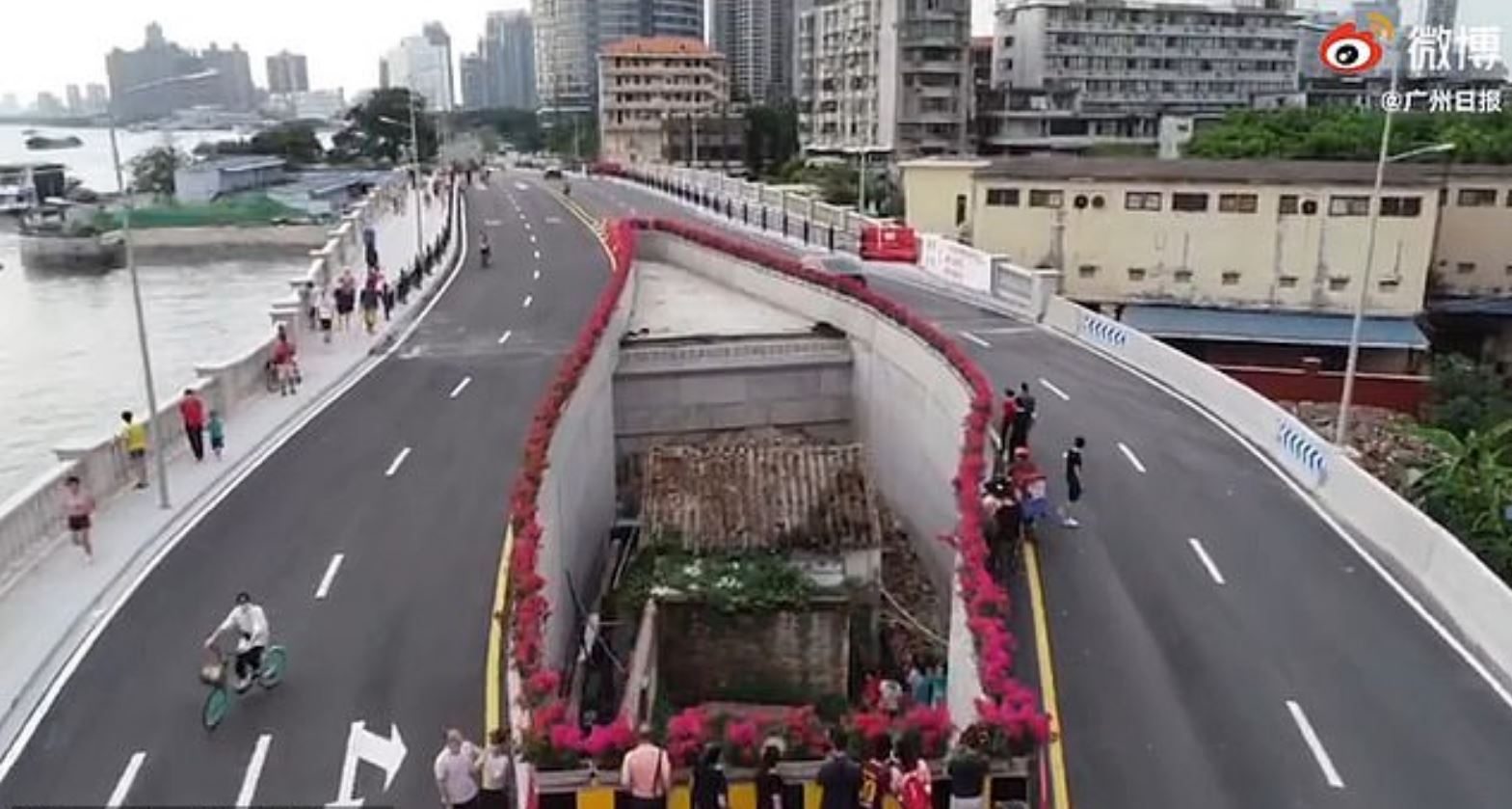 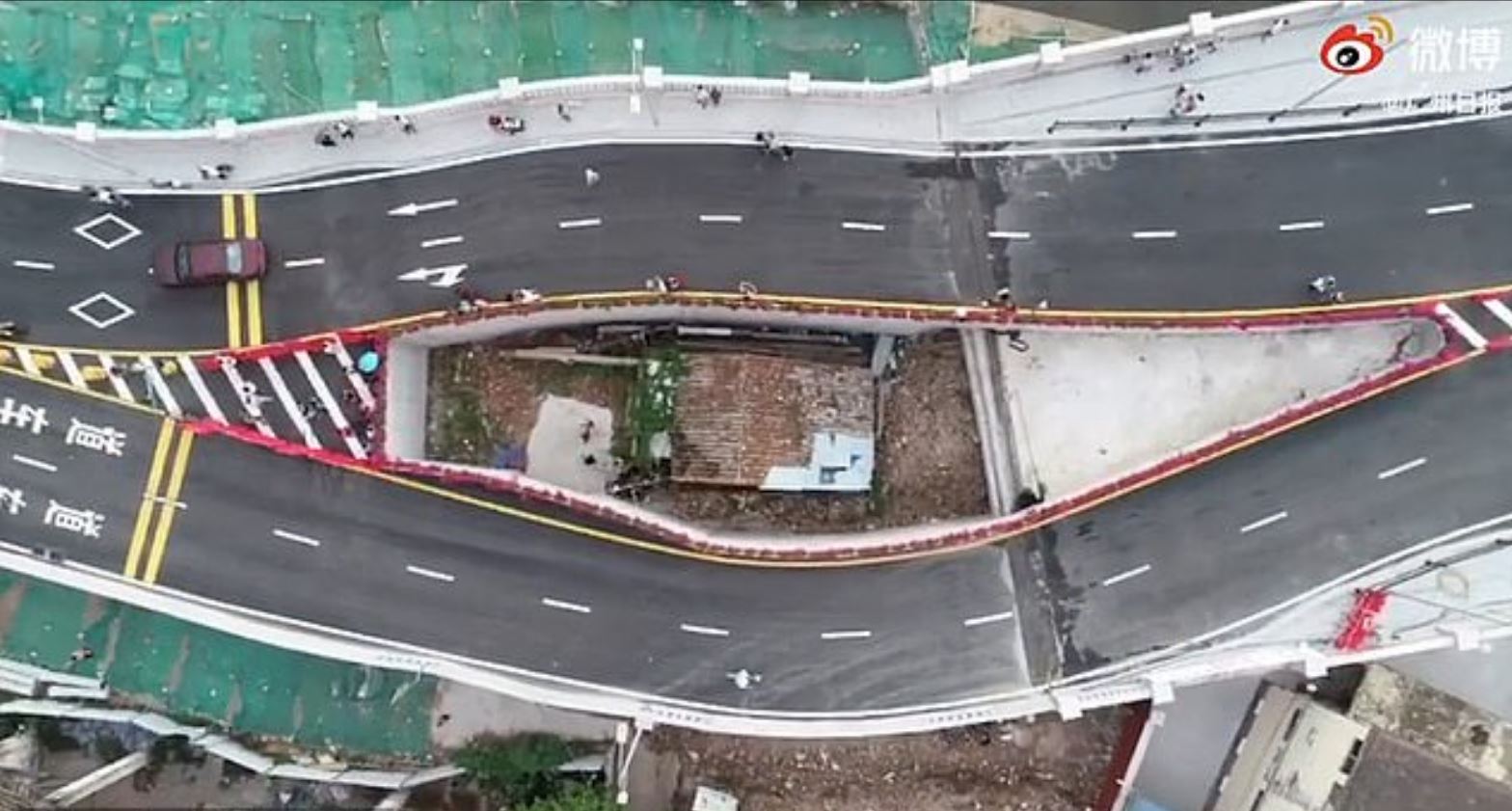 Footage shows the property tightly wedged between two wings of the newly opened Haizhuyong Bridge in the Guangdong province in south China.

The one-storey house contains a 40-square-metre flat and is situated in a pit in the middle of the four-lane traffic link, according to Guangdong TV station.

The owner, known by her surname Liang, said she had not agreed to move because the government had failed to offer her a replacement property in an ideal location.

She said: "You think this environment is poor, but I feel it's quiet, liberating, pleasant and comfortable."

She added that she was happy to deal with the consequences and did not mind what other people thought of her.

She also claimed in an interview recorded by Pear Video, the government had offered her substitute accommodation next to a morgue, and that was why she hadn't settled.

The government of Haizhu district said that officials earmarked the plot on Huandao Road for demolition in 2010 to build the Haizhuyong Bridge, reported Guangzhou Daily.

Ms Liang is the only person out of a total of 47 households and seven firms that still lives there.

Authorities claimed to have offered the resident many different places to live as well as cash compensation schemes, but she had rejected them all. 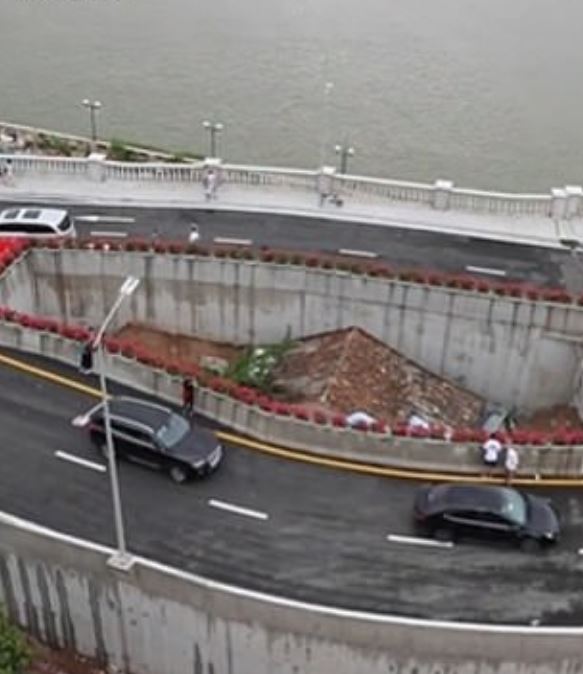