This is the moment a two-year-old has the most adorable reaction to seeing a truck driving up the road.

Laura Whittaker, 30, caught her son Tommy’s reaction on camera after he saw a truck in Manchester.

In the adorable clip Tommy can be seen jumping up and down excitedly on the spot and grinning as he notices the lorry. 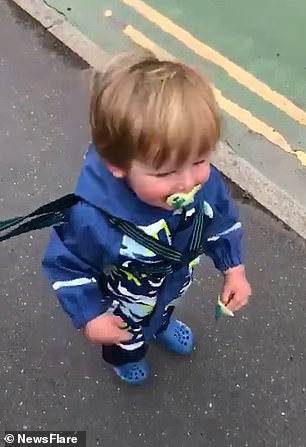 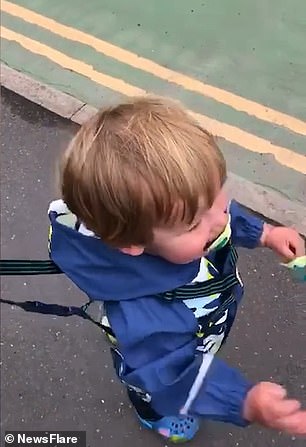 Tommy, 2, jumps up and down on the spot excitedly when he spots the truck during his walk in Manchester

Tommy cries ‘a truck, a truck’ as he sees the vehicle driving towards him on the road.

Noticing the two-year-old’s excitement, the truck driver honks the horn as he passes Tommy.

Tommy turns around and watches the truck drive away as his mother asks: ‘What was it?’ 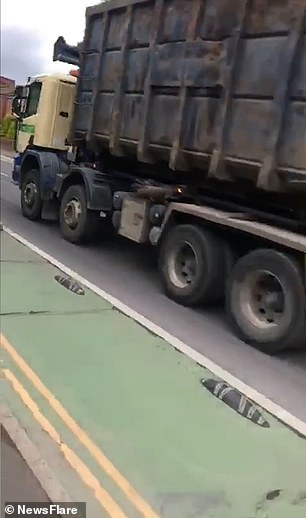 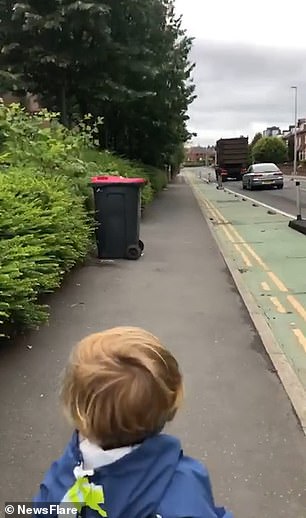 Noticing the two-year-old’s excitement, the truck driver honks the horn as it passes Tommy, who turns and watches it drive away

In the clip filmed on June 3, the two-year-old smiles and replies that it was a truck.

‘We take him on walks around where we live and this one day he saw this big truck and just went absolutely crazy about it.

‘We caught it on camera and to top it off the truck driver beeped as he could see his excitement!’