A decline in charity work and formal volunteering has been exacerbated by the COVID-19 crisis, which prevented acts of help worth an estimated $13.5 billion, a new report has found.

The Help Economy report compiled by NRMA Insurance and PwC Australia estimated Australians performed $30 billion worth of unpaid work outside their home.

However, it found the pandemic made it harder for Australians to help in 2020, with 42 per cent of people stating they were unable to perform some of their usual activities. 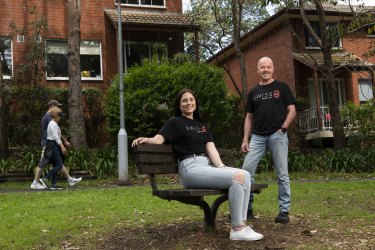 Sport and physical recreation saw a 16 per cent decline in formal help, with lockdown restrictions forcing people inside and shutting down community sport. Restrictions in movement also led to 7 per cent falls in running errands and emotional support.

“The category of environmental protection, which includes tree planting, also saw a large increase with help going out to bushfire impacted regions,” the report said.

PwC Australia’s chief economist Jeremy Thorpe said new avenues for support had been provided by technology platforms such as GoFundMe and Gather My Crew.

“The decline in formal volunteering is not necessarily a bad thing,” he said. “It reflects that there are more direct paths to appeal for and provide help, rather than relying on established charities and volunteer organisations.”

Jessica Butt was a volunteer for Delta Pet Therapy, visiting Royal Prince Alfred Hospital and a nursing home once a week so that patients could spend time with Dexter, a Cavalier King Charles Spaniel, until the onset of the COVID-19 crisis.

“The pandemic ended my volunteering,” she said. “I wasn’t able to go visit the patients, and restrictions after the initial lockdown made it a lot harder to visit multiple patients.”

Ms Butt, a 31-year-old community manager from Waterloo, said she missed her volunteer work and the patients she used to visit.

“People volunteer because they care about the cause and because it makes them feel good,” she said. “I think that if more people participated in unpaid work or volunteering for an organisation that had a shared passion they would find value in it.”

Mr Thorpe said unpaid work was undervalued because it was not included in traditional economic measures.

“We are a better community because of help provided, and it is useful to understand how this ebbs and flows and how people want to spend their time helping others,” he said.

She also emphasised that volunteers “feel a sense of validation and appreciation, which in turn motivates them to continue contributing their unpaid labour”.

Barry Zworestine provides free counselling to veterans and is a member of the advisory committee for mental health charity SWISS8.

A psychologist and combat veteran, Mr Zworestine said he did not believe in putting a dollar value on volunteering as it diminished the spirit of unconditional giving.

“The willingness to be of service to others, with no expectation or requirement of being paid, is what makes volunteering such an enriching experience,” he said.

Kieran Toohey, another volunteer at SWISS8, said working for the charity meant so much that he did not care that the valuable work was unpaid.

“I think too many people undervalue themselves and there is also the rare chance of those volunteers being exploited,” he said. “A dollar value can add to the conversation about fairness if someone feels inclined to do so.”

Stay across the most crucial developments related to the pandemic with the Coronavirus Update. Sign up to receive the weekly newsletter.