Tourism bosses in Cornwall have complained to the BBC that presenters stand in front of the region during weather reports.

Officials say weather reporters, who typically stand to the left of the screen, often block the west of the county when giving forecasts, meaning Cornwall and the Scilly Isles are obscured.

They also say the region is included in ‘throwaway lines’ such as predicting rain for the south west when the county is dry – affecting tourism. 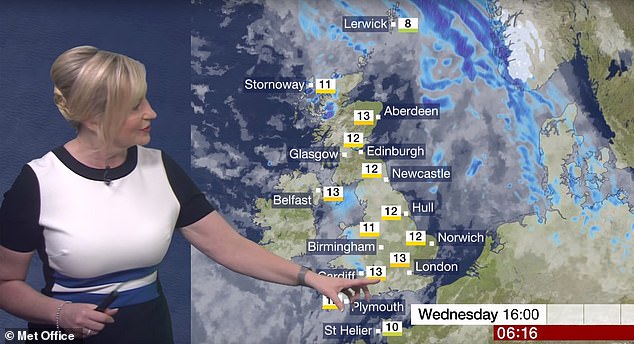 Tourism bosses in Cornwall have complained to the BBC that presenters block the region during weather reports (pictured: Carol Kirkwood) 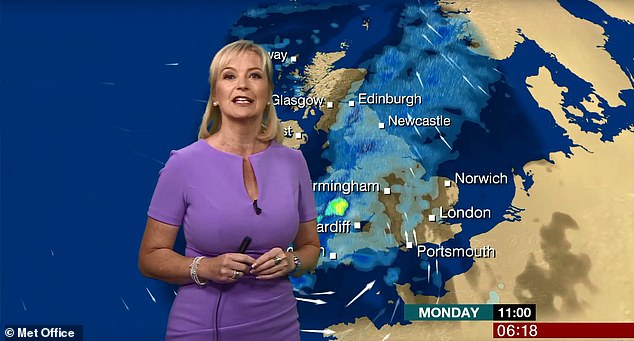 He travelled to London to meet weather presenters at the BBC Studios in London.

Mr Bell said: ‘The meeting was a result of several years of moans, lobbying and public criticism.

‘We complained about the throwaway lines and presenters standing in front of the Isles of Scilly and sometimes west Cornwall.

‘It was a good meeting and they explained they don’t know how long they have to speak until the moment they go on air.’

Mr Bell says he stressed Cornwall’s unique climate in the meeting – and how a seemingly innocent mention of incoming rain can make a big difference.

‘We have seen improvements,’ said Mr Bell. ‘There are still little grumbles, but good weather apps and online services have made a big difference.’