The ring of steel keeping Melburnians from regional Victoria will come down in two weeks, bringing relief to tourism businesses that can now plan for a busy summer to recoup months of losses.

Premier Daniel Andrews' announcement on Monday that Melburnians would be allowed to travel within Victoria from November 9 has already sparked a rush for accommodation. 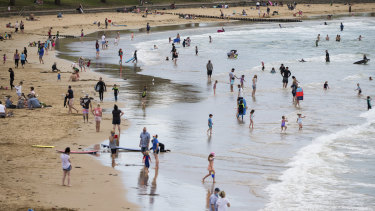 The tourism industry has welcomed the state government’s announcement that Melburnians can travel again within Victoria from November 9. Credit:Paul Jeffers

Victoria's peak tourism group welcomed the plan to reopen, but there was some disappointment within the industry because some bookings for the Melbourne Cup weekend would need to be refunded.

"Barring a day or a series of days where we have very high case numbers then we will make these changes," he said.

In recent weeks tourism groups have been calling on the state government to set a date confirming when Melburnians would be allowed to travel, to give businesses sufficient time to introduce appropriate hygiene measures and train staff. 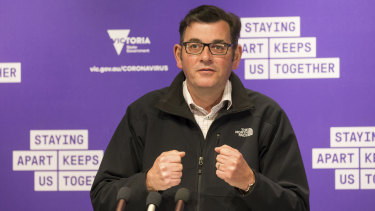 "We now have something we can work to. The industry can start to put its plans together," she said.

"We need greater Melbourne to be able to get out and travel around the state to have any reasonable pathway to recovery."

We need greater Melbourne to be able to get out and travel around the state to have any reasonable pathway to recovery.

The City of Greater Geelong has launched a campaign encouraging holidaymakers to follow social distancing and hygiene rules as it prepares for summer crowds at hotspots including Barwon Heads and Ocean Grove.

The council's chief executive Martin Cutter said the decision to allow Melburnians to travel within Victoria would give the region an economic boost. But he said visitors would still need to wear masks and take coronavirus tests if they had any symptoms.

"It's very important for us that we get our economic drive and tourism drive back up and running again," he said. "We'll welcome people back down here but we'll need them to do the right thing."

BIG4 Holiday Parks chief executive Steven Wright said the announcement had driven a rush for bookings. "In the half hour after the announcement website traffic doubled with bookings for Victorian parks from Melbourne," he said.

But Mr Wright described the decision as bittersweet because holiday parks would need to return $1 million in reservations for the Melbourne Cup weekend, with Melburnians still banned from travelling to regional Victoria at that time.

"Parks took bookings in good faith expecting to be open," he said.