The disgraced member for Tiverton and Honiton is ‘taking soundings’ about running as an independent against the Conservatives in the upcoming by-election, he said.

The Devon politician said he was Googling tractors and happened upon the X-rated content. 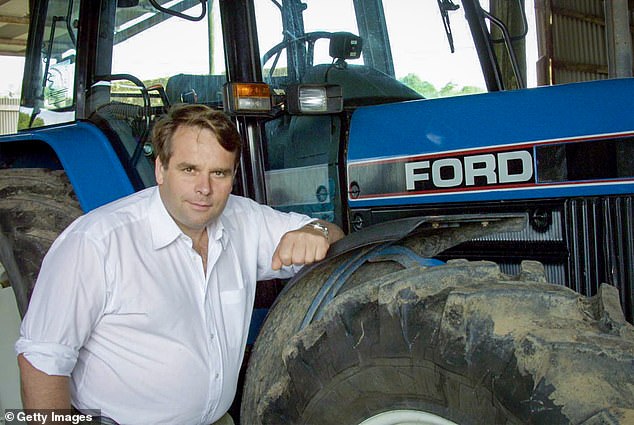 His ‘biggest mistake’, he said, was returning to the video a second time on purpose.

Parish confessed viewing the X-rated content in a ‘moment of madness’. 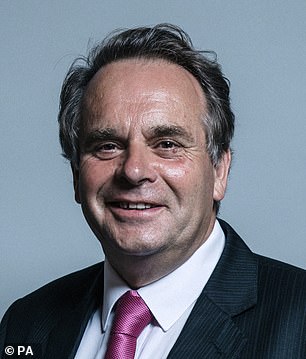 He was searching for ‘Dominator’ combine harvesters when he accidentally opened a link to an adult website, friends claim.

The news came amid a flurry of sexual misconduct allegations in Parliament.

A farmer by trade, Parish said he has plenty of support among the constituency’s rural community – and won’t struggle to raise funds, either.

He told the Telegraph politics podcast: ‘It is an option for me and one I could consider.

‘The only thing that may well stop me is the fact that my local party, my local activists, my local councillors, all which are friends, I don’t know if I want to do that to them.

‘At the moment I’m taking soundings. I can raise the money.’

‘I don’t think I would have any problem in doing all that. I’ve got some quite powerful backers in the farming community.

The seat has been held by the Conservatives since its creation in 1997.

‘I’ll breed some more cattle, probably Herefords or Devons’, he said. ‘My wife and I are talking about we’re great dog lovers, so we might breed a few puppies.’

‘One ridiculous point from me to get myself into this situation is if you ask people, you’ll find no friendlier and nicer MP,’ the ex-chair of the Commons environment committee said.

‘I never accosted women, I never suggested anything – I might have jokes with them, but that’s all.’

Labour member Harriet Harman, the longest serving woman in the Commons, called for his immediate resignation.

Ms Harman said: ‘Clearly he is not fit to be in Parliament. He should accept that and not drag the processes out.’ 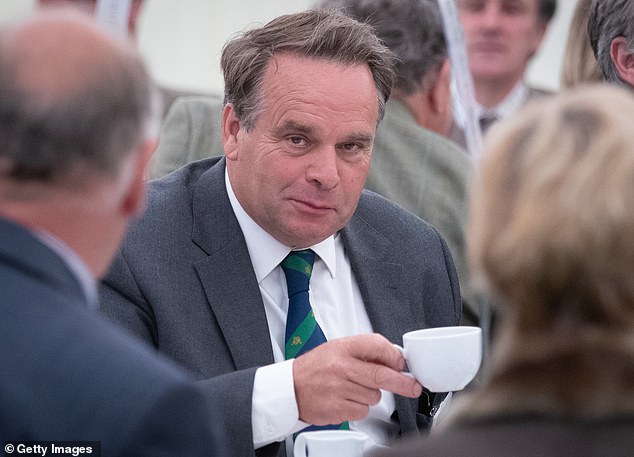 The MP’s wife of 40 years Susan Parish said: ‘It was all very embarrassing. My breath was taken away, frankly.

‘These ladies were quite right to be as [upset] as they were. I’ve just no idea what happens in these circumstances.

‘I don’t know whether it’s ever happened before’, she told The Times.

He said: ‘If you’ve got sort of 650 members of parliament in what is a very intense area, you are going to get people that step over the line.

‘I don’t think there’s necessarily a huge culture (of misogyny) here but I think it does have to be dealt with and dealt with seriously. That’s what the whips will do.’

Who is Neil Parish? Somerset farmer turned politician who left school at 16 and became a ‘Rottweiler’ on rural issues

Born in Bridgewater, a historic market town on the edge of the Somerset Levels, he became MP for Tiverton and Honiton, a picturesque constituency in the heart of south-west England, in 2010 after a decade as a Tory MEP. Before that he served as a local councillor.

The 65-year-old has been a member of the Environment and rural affairs committee since 2010 and was once branded a ‘Rottweiler’ by former farming minister David Miliband.

Mr Parish left school at 16 without qualifications and began working on the family farm, where he still lives. He is married to Susan, a teacher, and they have two children and two grandchildren

A biography on Politico described him as a ‘devoted family man’, with him and his wife considered something of a ‘double act’. 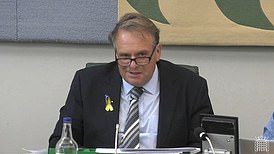 It continued: ‘Shorter than average and slightly rotund, Parish makes up in personality what he lacks in height. He is a whirlwind of activity, giving the impression he never stays still for very long.

‘One of his political opposites in the Parliament describes Parish as ”personable” – it is difficult to find anyone who dislikes him – but says he suspects him of being ”shallow”, accusing him of a tendency to jump on other people’s bandwagons for the sake of publicity. The same person adds with a sigh: ”He’s a pretty nice guy actually”.’

Mr Parish is known to indulge in stunts, and while an MEP drove a hybrid car from Brussels to

Alongside rural issues, he is also interested in animal welfare, and launched a select committee inquiry into the treatment of domestic pets, including cats, dogs and horses.

Mr Parish’s other interests include African politics, according to an online biography. During the 2000 Presidential elections in Zimbabwe, he acted as an election monitor and criticised the conduct of Robert Mugabe’s regime.

Following this, Robert Mugabe banned Neil from re-entering the country, a ban that remains in place to this day. He was recently among more than 280 MPs to be sanctioned by Vladimir Putin’s regime for comments he had made in Parliament in support of Ukraine. He described this as a ‘badge of honour’.

His most recent work in Parliament was launching an inquiry into marine mammals, which will look into their welfare in UK waters and worldwide.

He was suspended by the Conservatives pending an investigation. An investigation by the Independent Complaints and Grievance Scheme (ICGS) was launched after the allegations surfaced during a meeting of Tory MPs on Tuesday.