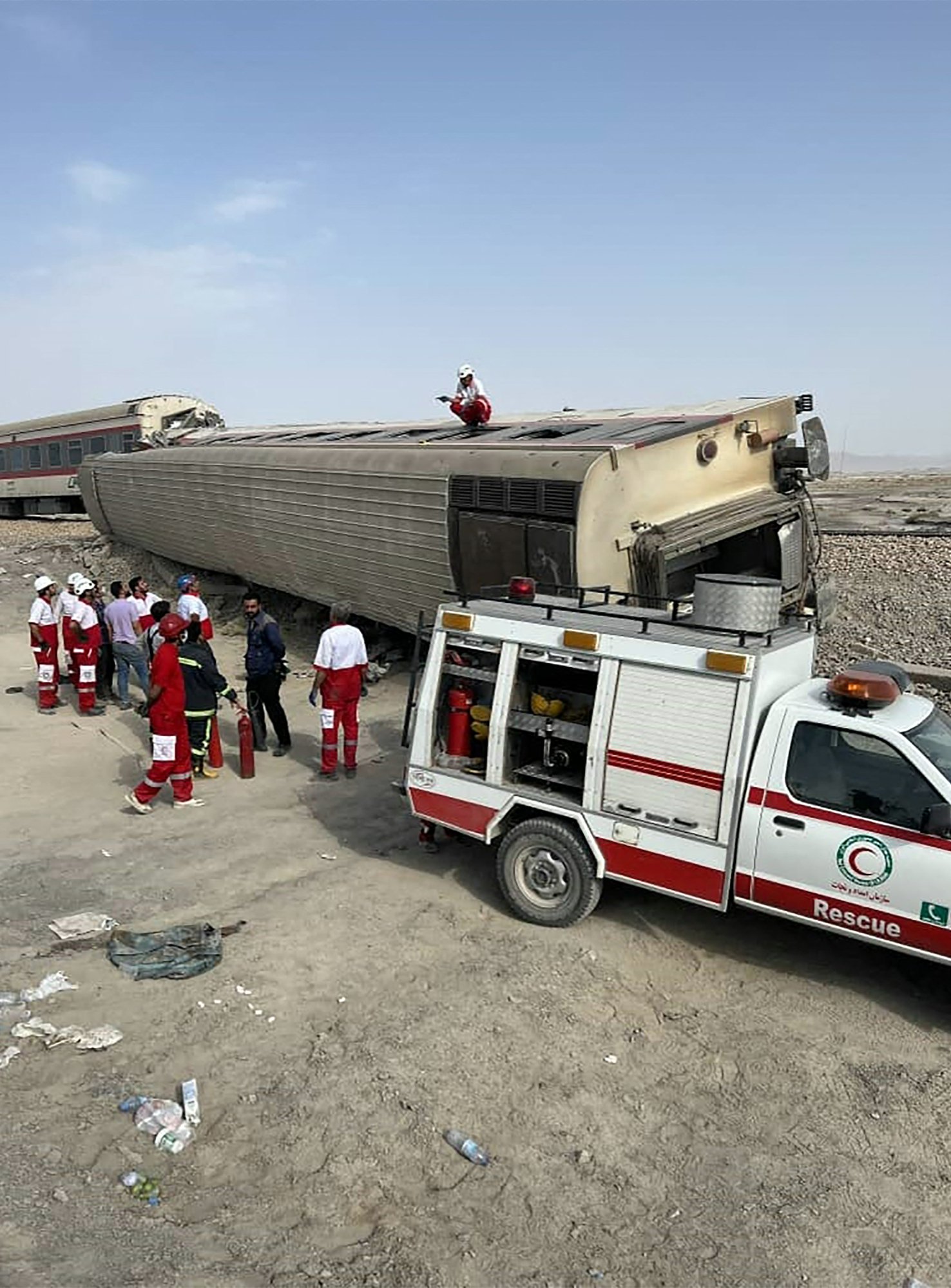 At least 17 people are dead and more than 50 injured after a passenger train derailed in Iran early this morning.

Local authorities warned that the number of casualties may rise following the disaster in the east of the country.

Around 350 people are thought to have been on board when four of the seven cars derailed in the dark near the remote desert city of Tabas.

The exact cause of the crash was not immediately clear, though there were some suggestions it may have crashed into an excavator.

Ambulances, helicopters and other rescue workers have arrived in the area around 340 miles east of the capital Tehran, where communication is poor.

Over a dozen people suffered critical injuries, with some transferred to local hospitals, officials said.

Iranian media quoted the governor of Tabas, Ali Akbar Rahimi, as saying the crash killed at least 17 people and that the number of fatalities may rise as rescuers search the train cars.

Aerial footage of the disaster showed train cars on their side, with some rescuers running at the scene as they tried to care for those injured.

State TV later showed images from a hospital, where one of the injured told the broadcaster they felt the train suddenly brake and then slow before the derailment.

The unidentified traveller added: ‘Passengers were bouncing in the car like balls in the air’.

The derailment happened some 50 kilometers (30 miles) outside of Tabas on the track that links the it to the central city of Yazd.

It was unclear why an excavator would have been close to the track at night but one official suggested it could have been part of a repair project.

The report said the crash is under investigation.

Iran’s worst train disaster came in 2004, when a runaway train loaded with gasoline, fertilizer, sulfur and cotton crashed near the historic city of Neyshabur, killing some 320 people, injuring 460 others and damaging five villages.

The country has some 8,700 miles of railway lines for passengers and goods.

But Iran also has around 17,000 annual deaths on its roads, one of the world’s worst traffic safety records.