THIS is the mess left behind by travellers who trapped residents in their own homes when they set up camp on the site of a derelict factory.

Doors were torn from their hinges and a car was smashed up with a pole during the carnage in Worcestershire. 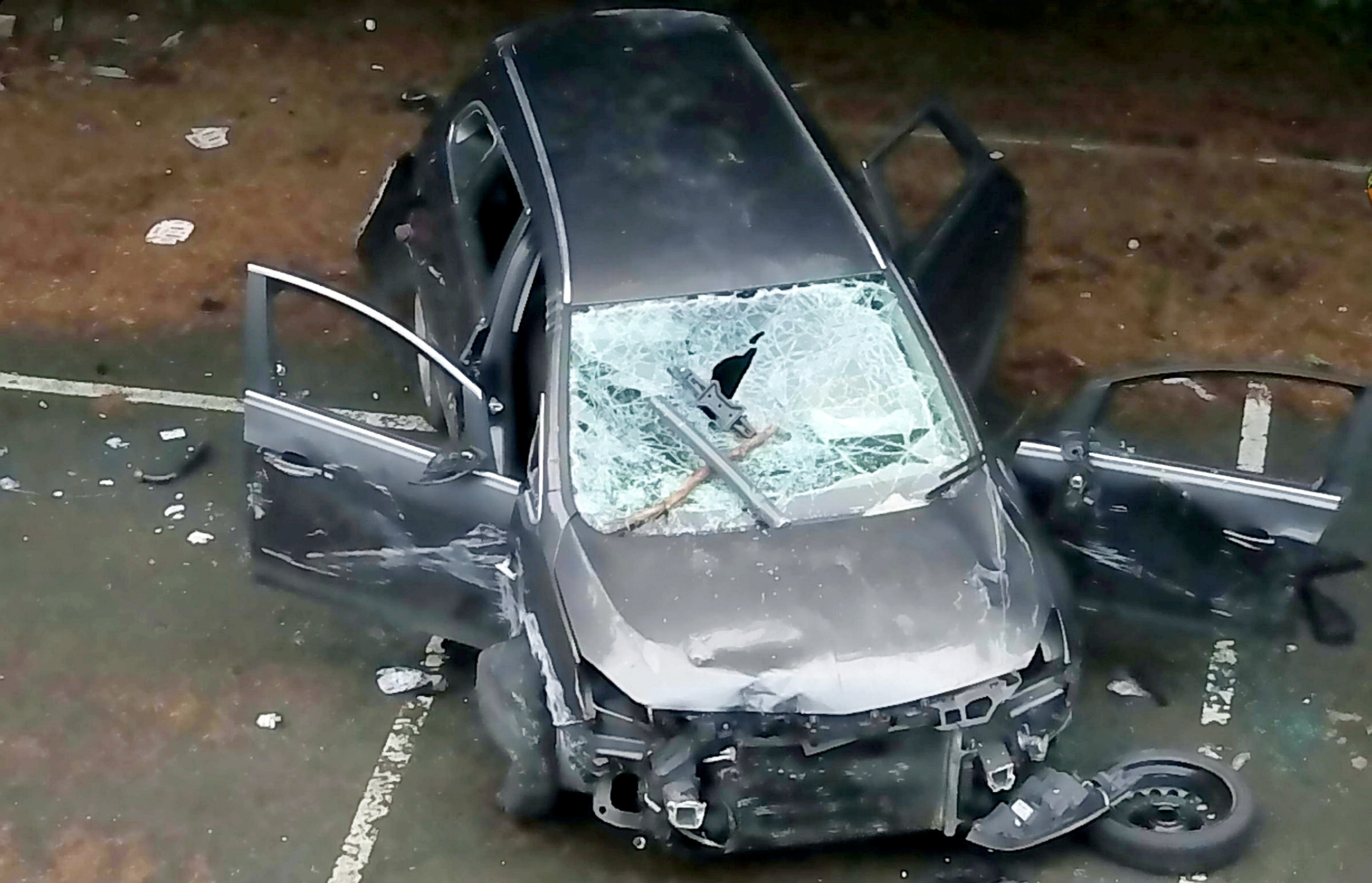 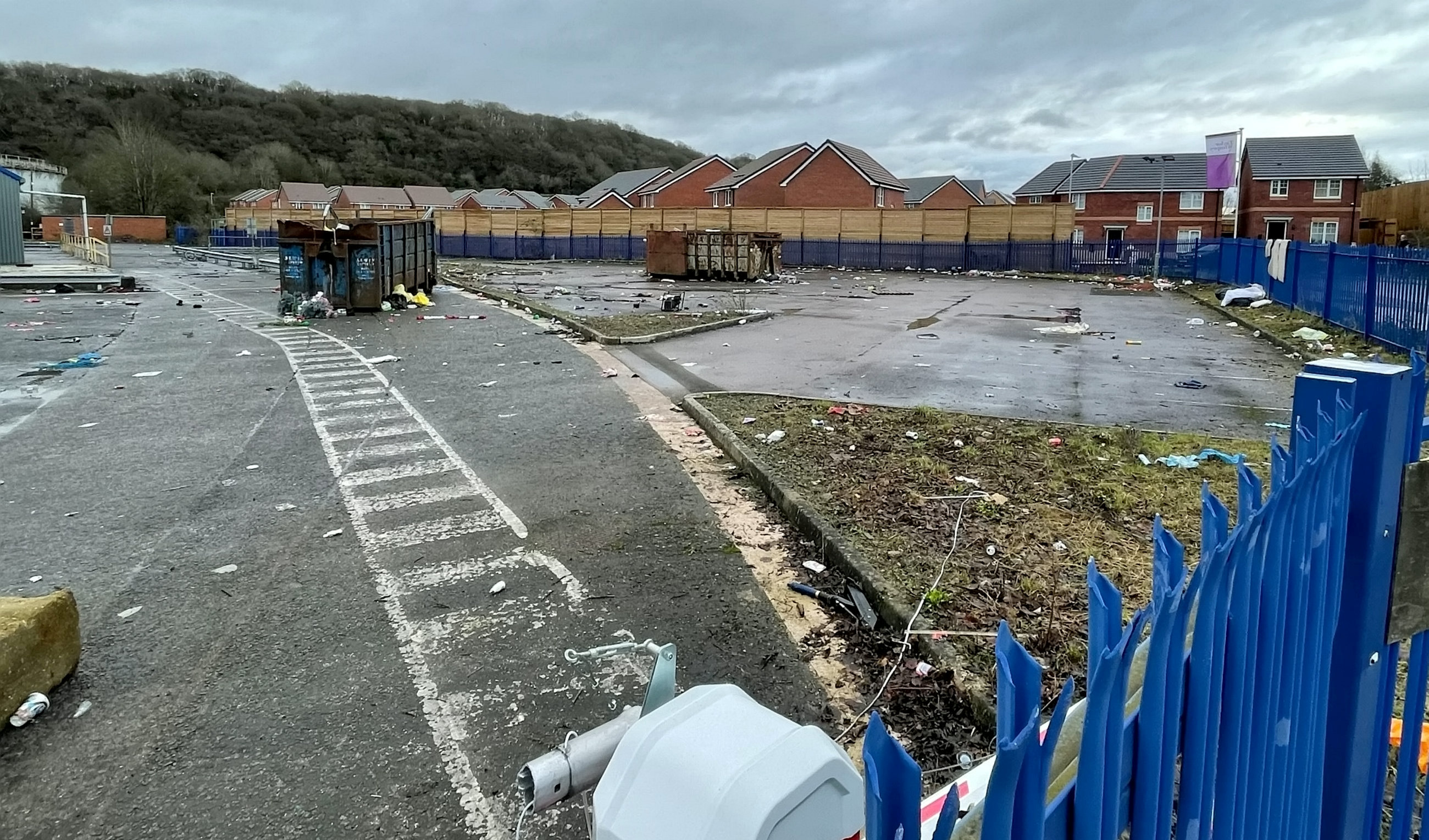 Meanwhile, riot cops were called after projectiles were hurled at locals' cars and the only road in and out of the estate was completely blocked off.

Those who live nearby said Christmas Day was ruined by the group.

Around 20 caravans were moved onto the site of the former Lotus Lightweight Structures factory in Worcester on December 16.

Travellers then locked a gate and dumped cars and vans on grass verges so other vehicles couldn't pass by.

It's claimed they raced cars up and down the road and lit fireworks late at night – before dumping their litter and abandoning the site earlier this week.

The taxpayer now faces a bill to clear the rubbish left behind, which includes Christmas trees and decorations.

The written-off car, found at the camp, must also be hauled away.

Its windscreen and windows have been completely smashed in, while the front bumper has been ripped away.

Tyres have also been removed, and a door has been bent backwards off its hinges.

The factory building itself has also reportedly been damaged.

One resident, who lives close to the site on Williamson Road, said: "All the windows have been smashed, even the brand new ones.

"All doors have been smashed, and even some of the metal shutters.

"I watched one traveller smash open the mains electric transformers for scrap metal.

"A car has been left around the back of the factory as well and large amounts of cable have been stripped from the site."

Another neighbour said locals had feared for their safety.

"Many people's Christmases have been ruined because of these people," he said.

"We won't leave our homes empty and others have cancelled family and friends coming over. We have one way in and one way out, and that's past this site.

"Officers had to wait for the riot police as back-up before opening the gates on a public road. How do you think we local residents feel?

"The gates were locked another couple of times after the police opened them.

"The travellers have simply ignored the order. How can they be allowed to just do that?

BACK WITH A BANG

London's NYE fireworks back ON tonight after being scrapped over Covid

Boy, 15, stabbed to death in park as cops launch manhunt for attacker

ANDY'S OUT IN THE COLD

"Law-abiding citizens are being left to put up with this and suffer."

People living close by said they heard loud chainsaws during the night. The group also lit huge bonfires, they said.

It's the second incursion onto the site in just a month. 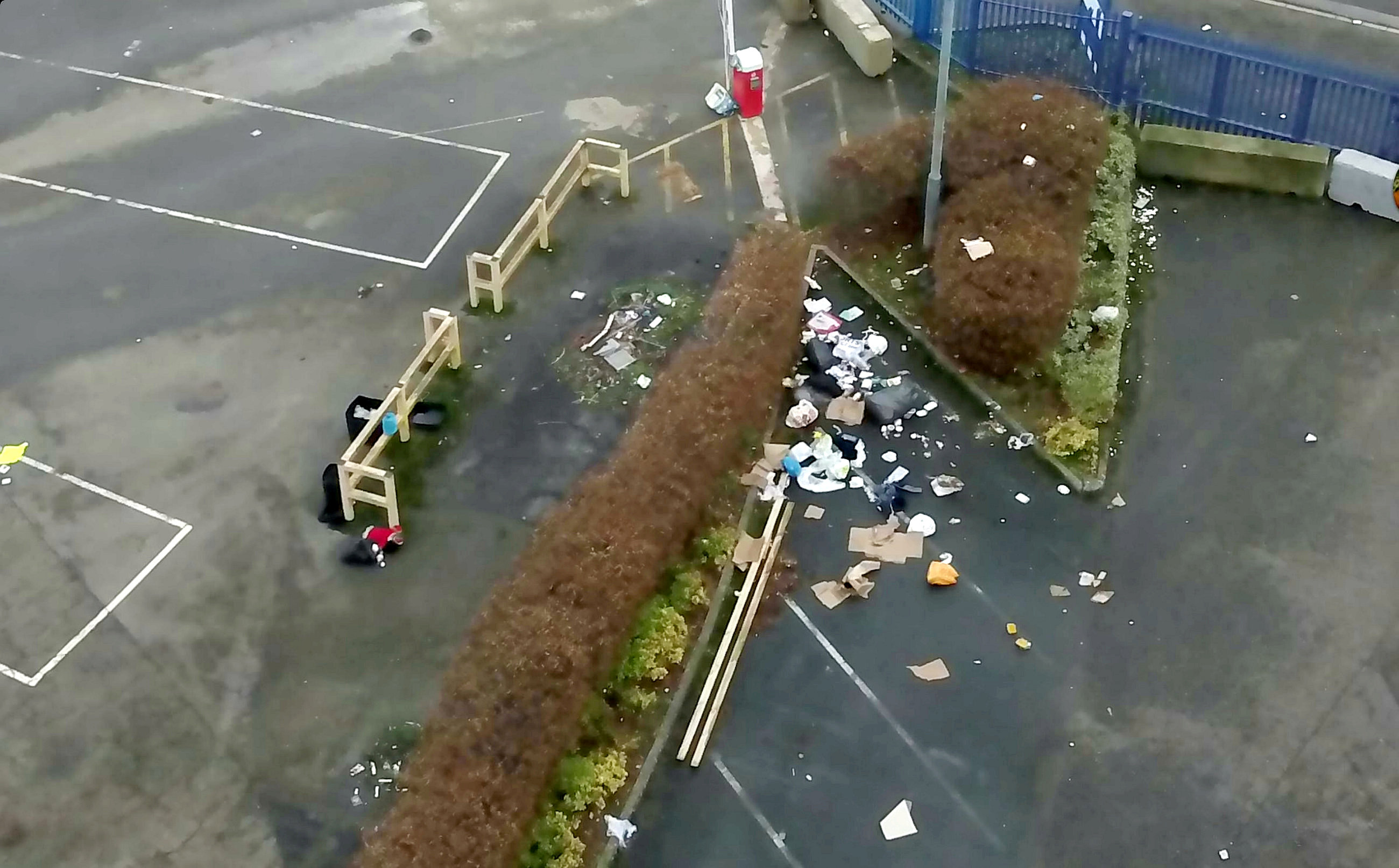 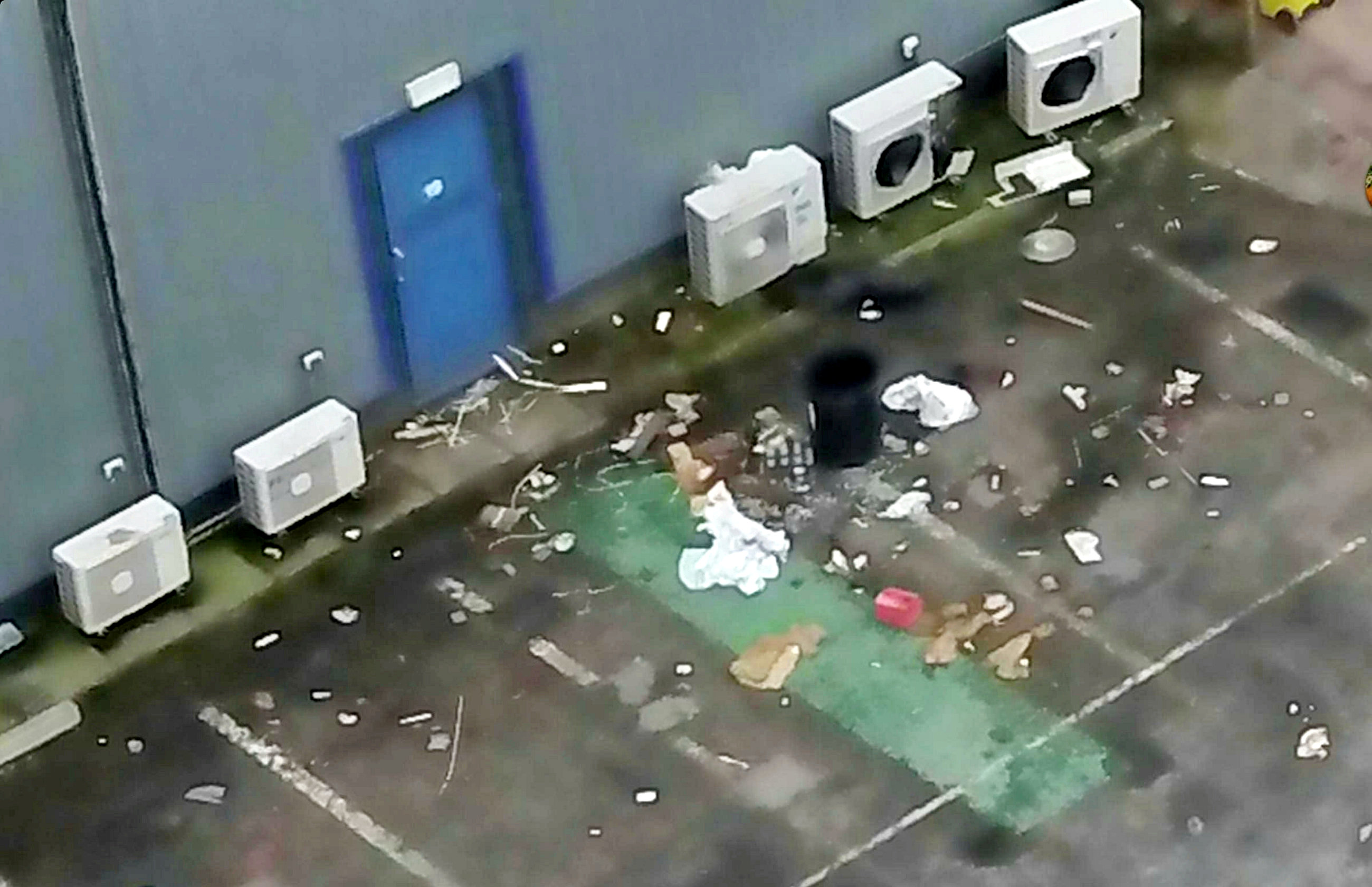 Health officials are going to start charging for lateral flow tests at the end of June, according to a leaked document. In what is being…