TEXCOCO, Mexico (Reuters) – Bright green stalks of weeds are sprouting from the ground where planes were supposed to take off at a new Mexico City airport as officials let nature take over in their bid to transform the marshy swath of an ancient lake into a giant park. 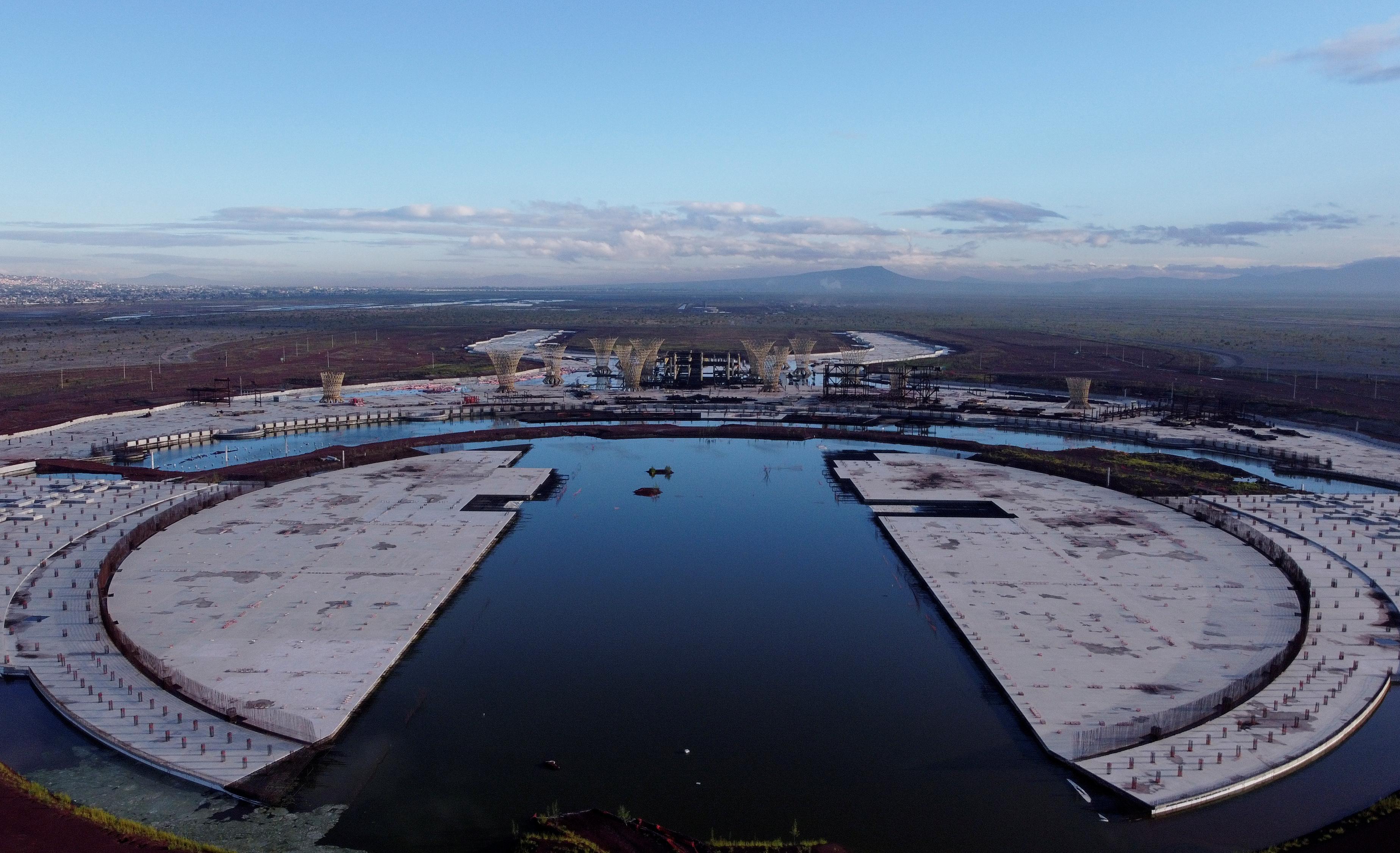 The ghostly skeletons of a partly built control tower and flight terminal are recognizably in the style of Norman Foster, the British architect commissioned by Mexico’s last president to build a futuristic international airport at a cost of some $13 billion on 4,800 hectares just east of the capital.

Upon taking office in December 2018, President Andres Manuel Lopez Obrador axed the project, citing the results of an informal referendum, after arguing it would be costly to prevent sinking on the waterlogged soil.

Instead of the slick design from Foster, whose award-winning glass and steel web-like buildings dot the globe, Lopez Obrador opted to expand an existing military airport.

The abandoned construction zone is now part of a project to conserve 12,200 hectares of marsh on what was once massive Lake Texcoco before Spanish colonizers in the 1600s began draining the water to prevent flooding in their burgeoning settlement.

About half that area is slated for public use, including sports and events space – more than twice the size of New York’s Central Park.

Architect Iñaki Echeverria, who is overseeing the project, aims to open a portion of the park by March next year and offer full access by 2024.

“The restoration began the moment the construction stopped. This shows nature’s incredible resiliency,” he said.

Officials point to recent flooding as proof that maintenance would have been difficult, and say less than 20% of construction was completed. They paid some 13 billion pesos ($603 million) to cancel more than 600 contracts left in limbo.

During a visit last week, a moat of green water had risen around a flying-saucer-like building where a control tower juts 20 meters (66 ft) high, less than a third of its intended height.

Birds glided in a pond beneath columns of crisscrossing steel bars that were meant to become a terminal greeting some 70 million passengers a year. The steel will be sold as scrap.

Conservation efforts in the area date to the 1970s, when the government grappled to contain dust storms that swept from the dry lake basin over Mexico City.

The current project has been hailed by Lopez Obrador as a “new Tenochtitlan,” referring to the centuries-old Aztec capital built in the middle of a sprawling lake, where Mexico City is today.

Part of Echeverria’s work is convincing city-dwellers that the wetlands are worth visiting.

“People who think there’s nothing there, don’t know it well,” he said.