Villagers face defeat in the ‘Battle of Trevalga’: Locals in ‘untouched’ Cornish village vow to continue fight against Marlborough College after watchdog raised no objection to them selling £15.7M land to developers

Villagers facing eviction from one of the final coastal communities untouched by second homes have vowed to continue their war with a top public school despite being dealt a bitter blow to their campaign.

The 1,200-acre Trevalga estate was formerly owned by Gerald Curgenven, a former pupil of Marlborough College, who left the land in this will to the exclusive school in 1959, with the instruction to ‘preserve it’.

Marlborough College attempted to sell the land off in 2010 after receiving legal advice that the trust was invalid because it did not have an end date or ultimate beneficiary.

However, the sale was blocked after residents hired lawyers who told suggested the college’s position was wrong.

Earlier this year, locals discovered trustees had instructed Savills to put the land up for sale with a guide price of £15,750,000, prompting a fresh battle by residents.

More than 3,000 people signed up the campaign, dubbed the ‘Battle of Trevalga’. to block the move.

The idyllic Cornish village home to six farms and 17 other properties, with some families having lived there for three generations.

Campaigners had previously pleaded for the Charity Commission to step in and block the sale.

But the villagers have been dealt a major blow to their hopes after commission officials told them they would not intervene in the sale.

Serena Patrick, who has spearheaded the campaign, said the news was a bitter blow.

But the 38-year-old vowed to continue the fight – and revealed they were now looking at a way of purchasing the manor themselves. 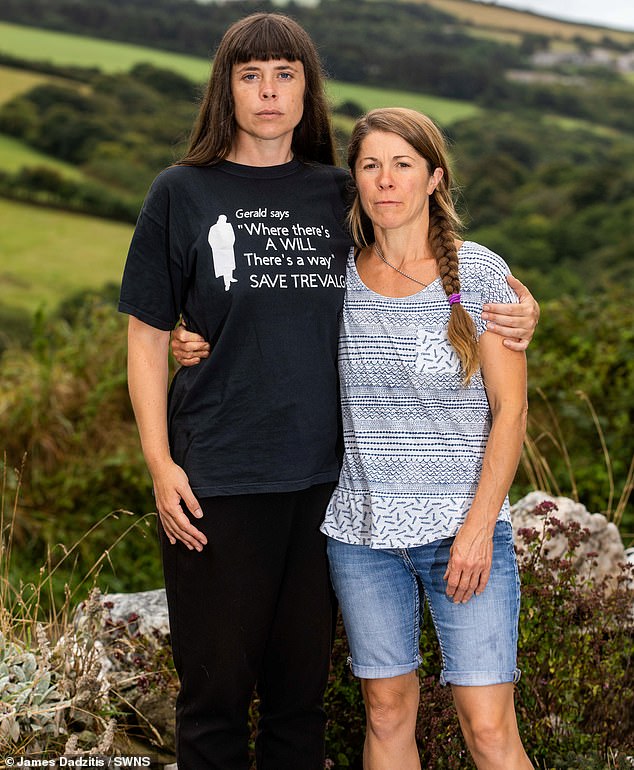 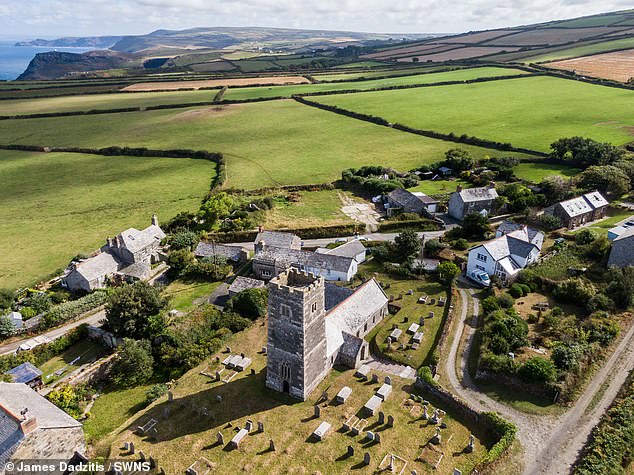 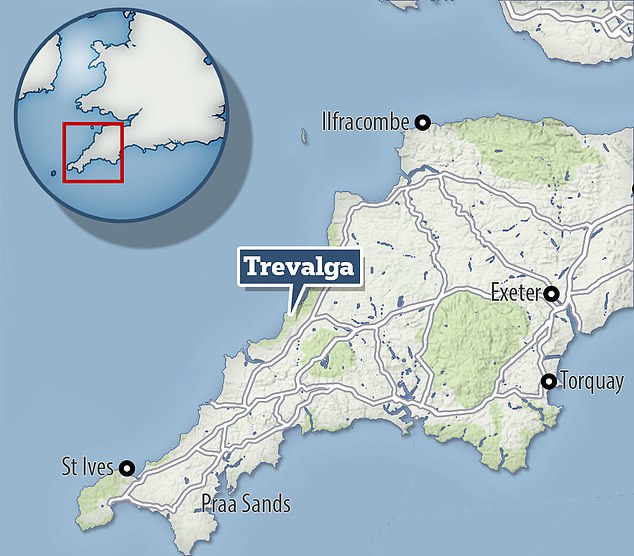 Trevalga, pictured on a map, is located between the tourist havens of Boscastle and Tintagel in northern Cornwall

‘We are not hugely surprised by this response,’ she added. ‘Of course we are very disappointed and feel there are a large number of questions that need to be answered about the management of the estate and also a very large question about the manor of the registration with the commission.

‘We feel the charitable objectives did not reflect the intentions of the will trust. But the battle of Trevalga is still on, 100 per cent. We will be investigating all avenues as well as seeking legal advice.

‘We are still digesting the implications of the latest development though before we agree on our next steps.

‘They did assure us they would be considering all recommendations, but obviously we don’t know why they have overlooked what was provided to them by solicitors.’

Ms Patrick said there were ‘numerous suggestions’ on what they can do next and said public support had been growing.

She added: ‘One of them is looking at purchasing the manor ourselves through a community land trust, which would be a shared mortgage situation. We are tentatively looking into this.

‘At the same time we are working to preserve the manor no matter what occurs, by looking at ecological surveys, protected conservation and a potential dark skies area.

‘If the worst happens and it is sold as an “investment opportunity” as the marketing suggests, we will revisit how we wish to resist evictions, which we did when this possibility first arose in 2010.’ 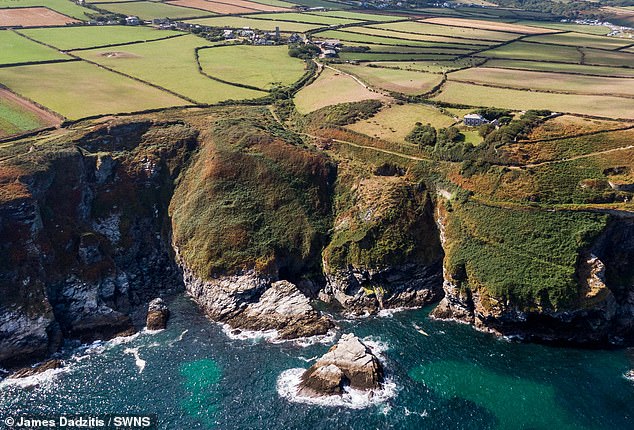 The idyllic Cornish hamlet is thought to be one of the last places in Britain unspoilt by second holiday homes, with some families having lived there for three generations

The Charity Commission says it had ‘thoroughly assessed’ the ongoing row over the sale and was ‘satisfied’ with the trustees’ decision to sell up.

Tracy Howarth, assistant director of casework for the commission, said: ‘This has been a period of great uncertainty and anxiety for the residents of Trevalga and I know that this outcome will come as a further disappointment for those impacted.

Cornish authorities are trying to clamp down on second homes in the county.

This includes introducing restrictions on new builds being built in second homes in popular tourist destinations such as St Ives.

Cornwall Council said there is ‘an imbalance in supply and demand’ that the county has never seen before.

St Ives MP Derek Thomas said in December last year that around 100 families compete for every available three-bedroom home in parts of Cornwall.

The housing problem in Cornwall was accelerated during the pandemic when ‘staycations’ boomed.

Increased demand for second homes in beach towns drove up prices even further – with the cost of rent nearing that seen in London.

‘However, having thoroughly assessed the matter, we have concluded this is not a matter in which the commission can intervene.

‘In this instance, we are satisfied that the trustees’ decision-making and the process followed have complied with the law and our guidance. It is therefore right that we have concluded our case.’

Trustees pushing for the sale of Trevalga claim it is subject to an archaic piece of law called the ‘Royal lives’ clause, which relates to the last living descendent of George V, the British monarch who was alive when the trust was established.

The will’s trustees argue the clause gives the trust an end point in the next few decades and are pushing for this to be brought forward because they claim the estate is no longer viable.

Trustees recently said that the decision ‘was not taken without careful consideration’, having previously claimed their message has been ‘manipulated’ in the process  and insisting the estate must be sold if the homes are going to be maintained and looked after.

The three trustees include John Wakeham, a retired auctioneer and land agent, Rebecca Perry, a commercial artist and hotelier, and Mark Bromell, a chartered surveyor.

They say they have a legal duty to pay Marlborough College the proceeds from the full market rents raised from all residential and farm tenancies on the estate. The trustees are also responsible for protecting the capital value of the estate.

Mr Wakeham said: ‘Buildings don’t look after themselves, and the houses, cottages and farms left by Gerald Curgenven in 1959 have required maintenance over the past 63 years to ensure they remain fit for purpose. Herein lies the problem.

‘These old Cornish properties not only require an increasing level of repair, but also material improvements to meet today’s expectations.

‘The only money available to the trustees is rental income, and Marlborough College as a registered charity itself requires its correct share of that income.’

Residents fighting to save the hamlet described Trevalga as a ‘unique place in Britain that has been left largely untouched by the modern world’.

It also doesn’t suffer from any light pollution and has escaped the invasion of second home owners and holiday lets throughout the rest of Cornwall.

Speaking previously, Ms Patrick said locals were fighting for more than just their own homes.

She added: ‘It has not been developed, because of how Gerald Curgenven managed it in his lifetime.

‘And after his death in 1959 it has been almost completely sheltered from the rise of modernism and development that has swept the entire country. 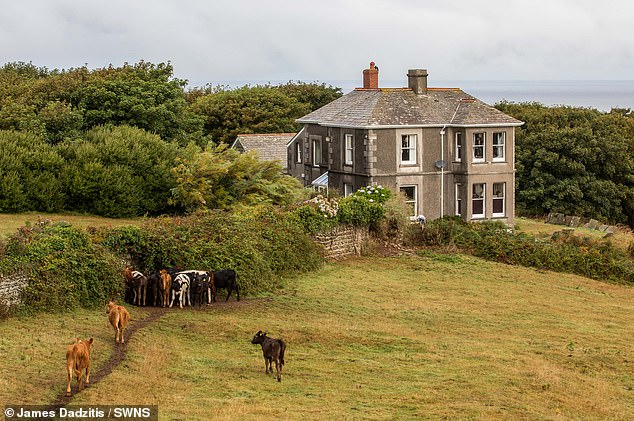 Peter Pracownick’s home, the Trevalga Manor (pictured). Mr Pracownick has lived there for the last 26 years but now fears eviction following news the estate is on the market 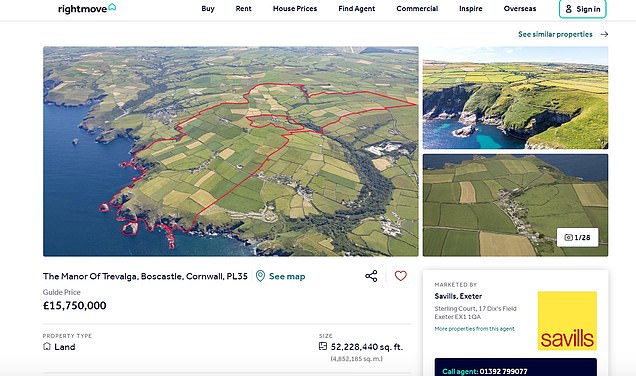 The 1,200-acre estate is mapped out here in an advert showing the pristine and unspoilt scenery

‘It is a medieval parish that is largely unchanged – and a living piece of shared history.

‘With no street lighting, you can stand in almost complete silence. It is unique. What he tried to do was ensure homes for local people in a beautiful and historic area.

‘So what is the point in writing a will if when you die you can just say my wishes don’t matter?

‘The trust created to preserve Trevalga has, in our view, now been twisted into a tool to exploit it for nothing more than monetary gain.’

The 1,200-acre estate, which is situated between the villages of Boscastle and Tintagel, includes all the tenanted properties, a mile of coastline and a few small rocky islands.

Currently, houses are rented to locals at reasonable rates, but Savills said in its marketing material new owners may want to pursue the ‘redevelopment’ and ‘further income generation.’

Curgenven left the entire estate – which he first purchased for £14,000 in 1934 – in a will trust to Marlborough College upon his death.

The trust was created so the estate could be preserved and improved ‘and as far as possible not sold or broken up’.

The Battle for Trevalga: A timeline

1959: Curgenven dies, leaving the 1,200-acre estate in his will to Marlborough College, establishing the Gerald Curvenven Will Trust

2010: Malborough College claims legal document is flawed and aims to ask for £10 million for the houses in the hamlet

June 2022: Residents living in the village receive a letter to tell them their homes would be sold as part of the £15.75 million

August 2022:  Petition to halt the sale of the manor of Trevalga launched by Serena Patrick 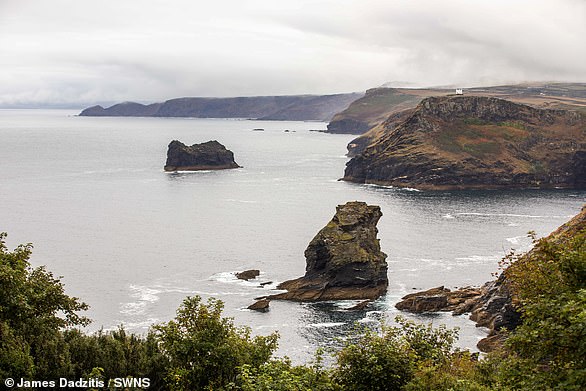 A view looking out to sea from Trevalga in northern Cornwall. The estate has been put on the market with a guide price of £15.75 million, sparking concern from residents who now fear eviction