TROPHY hunters are paying tens of thousands of pounds to hunt leopards with packs of baying dogs.

Safari firms are using the hounds to increase the chances of wealthy shooters taking down the secretive big cats. 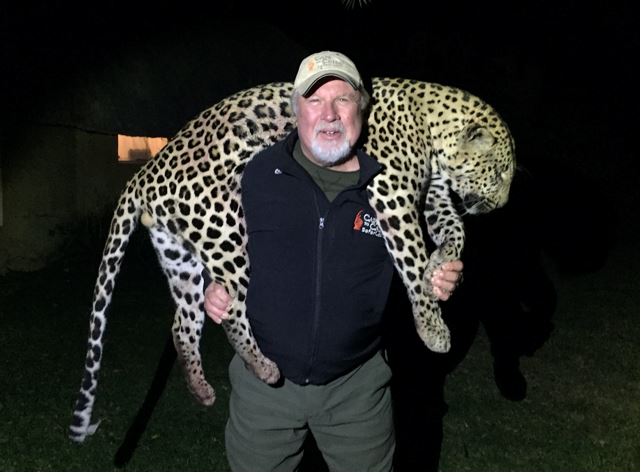 One brags that the dogs give hunters around a 90 per cent "success rate" of bagging a kill.

The animals are used to follow the scent of leopards for hours across miles of country and hunters are warned they need to be physically fit to keep up.

Hunting guides also use bait hung in trees to attract the majestic creatures – who are then gunned down while they feed.

Tours in Zimbabwe use the dogs to sniff out leopards for rich hunters from countries like the UK, US, Germany and Russia.

Cape to Cairo Safari says of the leopard on its website: “Pound for pound, the most dangerous animal in the world when wounded, drawing a deep respect from all who have hunted this magnificent creature. 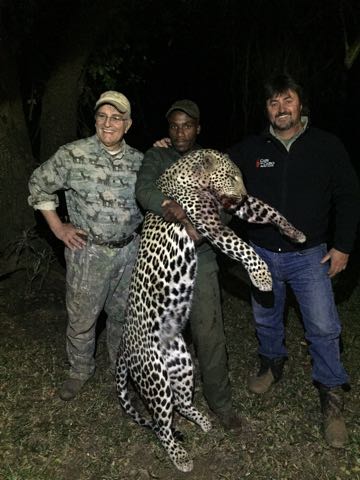 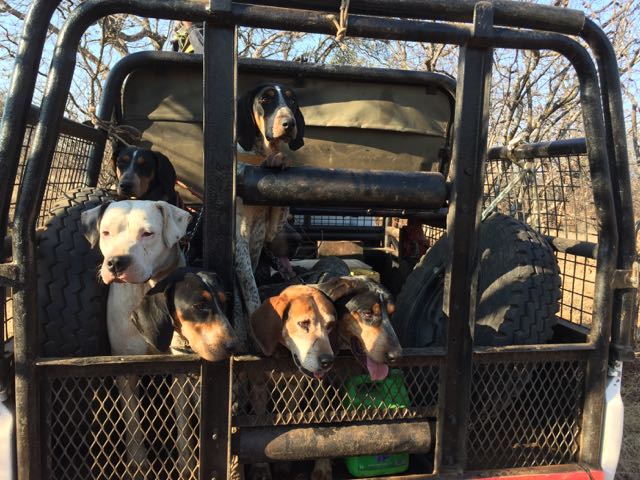 “Elusive and dangerous are the first thoughts any hunter should have when leopard hunting!”

Under a section titled 'Hunting with Dogs' it says the animals give "a better chance to harvest a trophy leopard."

The website – which features images of hunters posing with their kills – adds: "The first step is to hang baits and to try and pick up fresh tracks and leopard activity.

"Your hunts will then start around 3 am in the mornings looking for fresh tracks.

"Once found dogs will be released and and it is now up to the dog handler and his pack of dogs to find the leopard.

"It can take hours to get on the right track, but if you are patient things normally work out and the hounds manages to track down the leopard. " 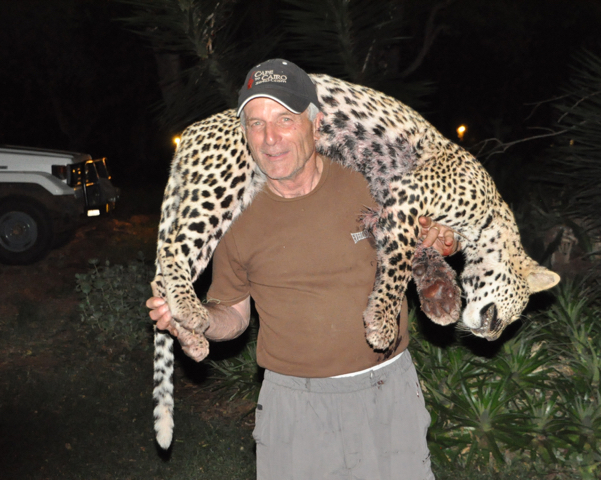 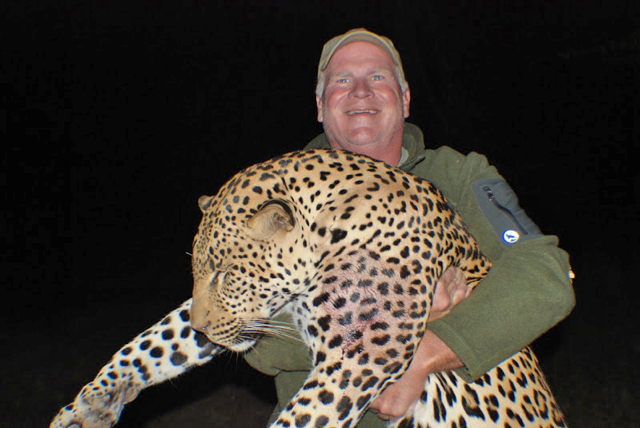 Would-be hunters are told they will be taken onto the largest privately owned reserve in Africa.

“The concession is renowned for magnificent leopard, buffalo and plains game trophies and home to the Big Five," the website brags

"Clients will have exclusive access to 100,000 acres within the unspoilt African Bushveld. The area that has a very healthy and diverse range of species.

"The camp is comfortable and has all the facilities that you can expect from nice camp in Zimbabwe. Big cats from 160- 180 pounds.”

The prices include the cost of having the animal carcass prepared and transported back to the hunter’s home country so it can be displayed as a trophy.