WASHINGTON (Reuters) – U.S. President Donald Trump’s interactions with Ukraine have prompted an extraordinary whistleblower complaint that the Republican used his powers to pressure a foreign leader to investigate one of his chief Democratic rivals. 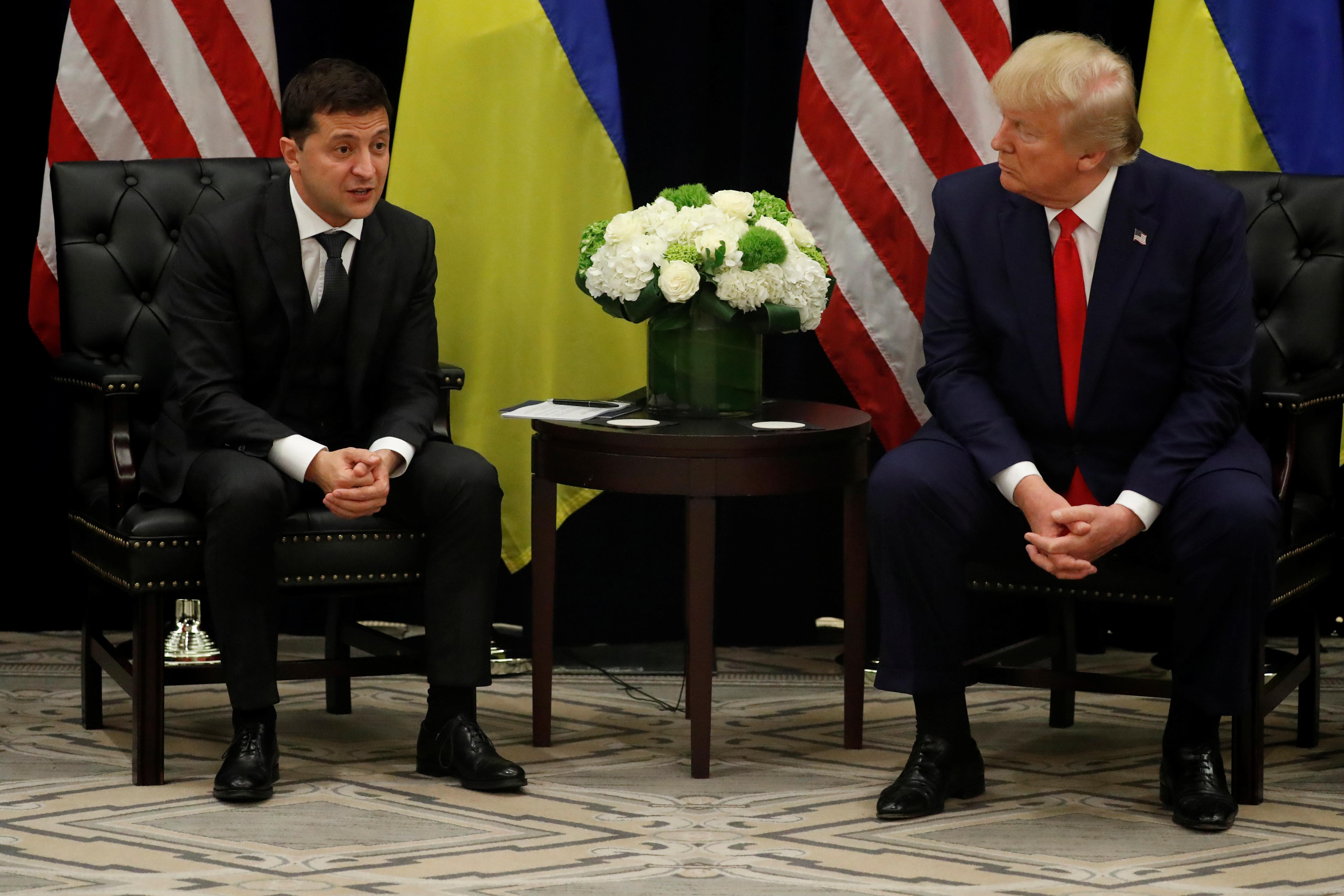 An unclassified version of the complaint – which prompted Democratic House Speaker Nancy Pelosi to launch a formal impeachment inquiry into Trump – was released on Thursday.

Here is a timeline of events in the controversy based on the whistleblower’s complaint and public reports.

Late March – Lutsenko and other Ukrainian officials begin publishing series of articles in Washington website The Hill alleging that their political rivals had worked with the Democratic National Committee and U.S. Embassy in Kiev to interfere in the 2016 presidential election, and that former Vice President Joe Biden had pressured the former Ukrainian president to fire a prosecutor looking into a gas company connected with his son, Hunter Biden.

May 9 – The New York Times reports Giuliani plans to travel to Ukraine to press government to investigate interference in 2016 election and the Biden family.

May 10 – Trump tells Politico he plans to speak with Giuliani about the trip. Giuliani later cancels the trip, claiming Zelenskiy was “surrounded by enemies” of Trump.

May 14 – In a published interview with a Ukrainian journalist, Giuliani says Yovanovitch had been removed because she had been working against Trump.

Mid-May – Whistleblower hears from multiple officials that Kurt Volker, the U.S. special representative to Ukraine, and Gordon Sondland, U.S. ambassador to the European Union, had spoken with Giuliani to try to “contain the damage” from his efforts. Volker and Sondland also met with Zelenskiy’s administration to talk about the issues.

May 20 – Zelenskiy is inaugurated as president.

June 21 – Giuliani complains in a tweet that Zelenskiy “still silent on investigation of Ukrainian interference in 2016 and alleged Biden bribery” of Poroshenko.

July 18 – White House Office of Management and Budget informs departments and agencies that Trump had issued instructions earlier than month to suspend all U.S. security assistance to Ukraine.

July 25 – Trump has a phone call with Zelenskiy and asks him to speak to Attorney General William Barr and Giuliani about reopening a Ukrainian investigation into a Ukrainian gas company connected to Hunter Biden.

July 26 – Volker and Sondland meet with Zelenskiy and other Ukrainian political figures and “reportedly provided advice to the Ukrainian leadership about how to ‘navigate’ the demands that the president had made,” according to the whistleblower report released on Thursday.

Aug. 2 – On or around this date, Giuliani travels to Madrid to meet Zelenskiy adviser Andriy Yernak, which the whistleblower said was “a ‘direct follow-up’” to the July 25 Trump-Zelenskiy phone call.

Aug. 8 – Giuliani tells Fox News that U.S. Attorney John Durham was investigating Ukraine. Durham had been named by Attorney General William Barr as part of a probe into the origins of the investigation into Russian election meddling and connects to the Trump campaign.

Aug. 12 – The whistleblower delivers his complaint to the chairmen of the intelligence committees of the Senate and House of Representatives.

Sept. 25 – Justice Department releases summary of Trump-Zelenskiy call. Trump and Zelenskiy meet in person for the first time at a U.N. gathering in New York.

We will use your email address only for sending you newsletters. Please see our Privacy Notice for details of your data protection rights. Mayor Federico…