DONALD Trump appeared to make a blunder during his fiery comeback speech in North Carolina on Saturday night as he said Americans should "defund our freedoms."

The former president had been speaking out against the movement to defund the police and quickly corrected the error.

"We have to get it done," Trump told the North Carolina Republican state convention where he was the keynote speaker. "We have no choice."

"Together we're going to defund our freedoms just take a look at what's happening."

Trump quickly went back to correct the mistake, continuing: "We have to defend our borders, we have to do all of these things."

The former president slammed Democrats who support defunding the police as he accused them of "terrible policy." 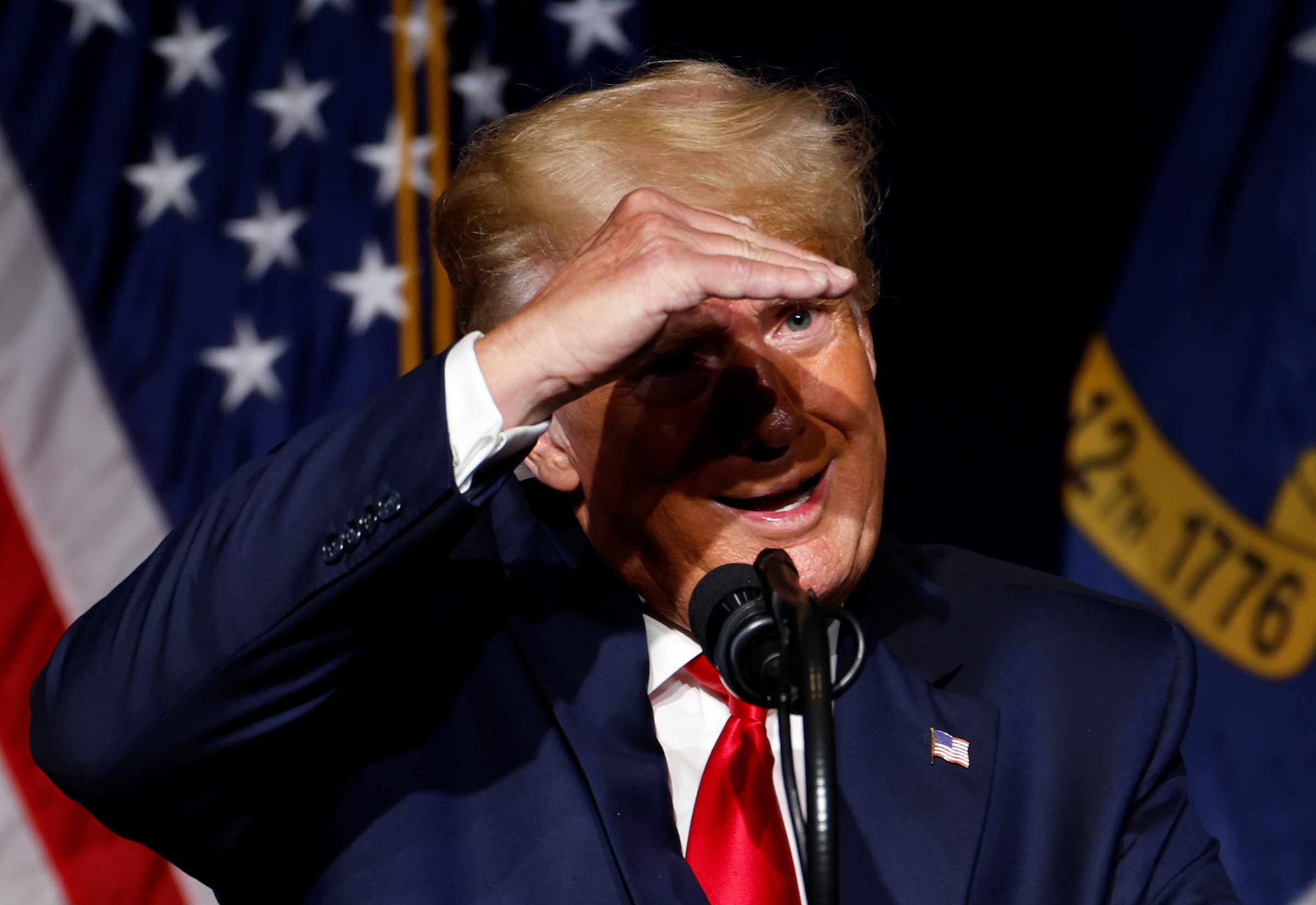 "When the Democrats say defund the police, open doors, sanctuary cities, all of these horrible, horrible cancel culture things – their policy is terrible," he said.

"Who the hells wants to defund the police? Crime is going up 50 percent, 100 percent, 130 percent in one city.

"They don't know what to do but they keep doing it.

During the speech, Trump accused Biden of making the US look "demeaned and humiliated" because of his weakness against China.

He also blasted the current border crisis as he slammed the Biden administration over the stalling of the building of the border wall.

Trump also took a hit at Biden over the the president's stumble on the steps of Air Force One in March.

"They're destroying our country and now Biden is being openly mocked by China's negotiators and Russian President Putin," he continued.

"They're laughing at him and they're humiliating him."

Trump referenced a clip from a speech in West Point in January 2020 in which he had appeared to steady himself on a ramp and compared it to Biden's fall.

"That was on every newscast in the world and I never went down," Trump said.

"But they didn't cover the Biden fall," he claimed. "I call it the triple fall."

"Under my administration, America was respected again."

Trump's comments came after there were calls for Biden's impeachment following a recent blunder.

Dallas Cowboys wide receiver Terrance Williams shared a video of Biden rushing off stage last week to "make sure" two young girls in attendance got ice cream after his speech.

"THIS VIDEO IS DISTURBING! This is a very sick man and I’m calling on every Republican and Democrat to impeach this man!" Williams tweeted of the moment Biden left the stage to speak to the young girls.