President Trump on Tuesday called on Attorney General William Barr to “appoint somebody” to launch an investigation into his Democratic opponent, former Vice President Joe Biden, and his son, Hunter Biden, before Election Day, now just two weeks away.

“We’ve got to get the attorney general to act,” Trump said in a telephone interview with “Fox & Friends,” when asked whether a special prosecutor should be appointed to probe unverified allegations against the Bidens. “He’s got to act. And he’s got to act fast. He’s got to appoint somebody. This is major corruption and this has to be known about before the election.”

Trump has repeatedly railed against his attorney general for failing to “lock up” Democrats for alleged crimes, including “spying” on his 2016 campaign. In an interview with Fox Business earlier this month, Trump said that history would look poorly on Barr if he does not prosecute Hillary Clinton and other members of the Obama administration, including Joe Biden.

But Tuesday was the first time he publicly demanded Barr start an investigation before Nov. 3. 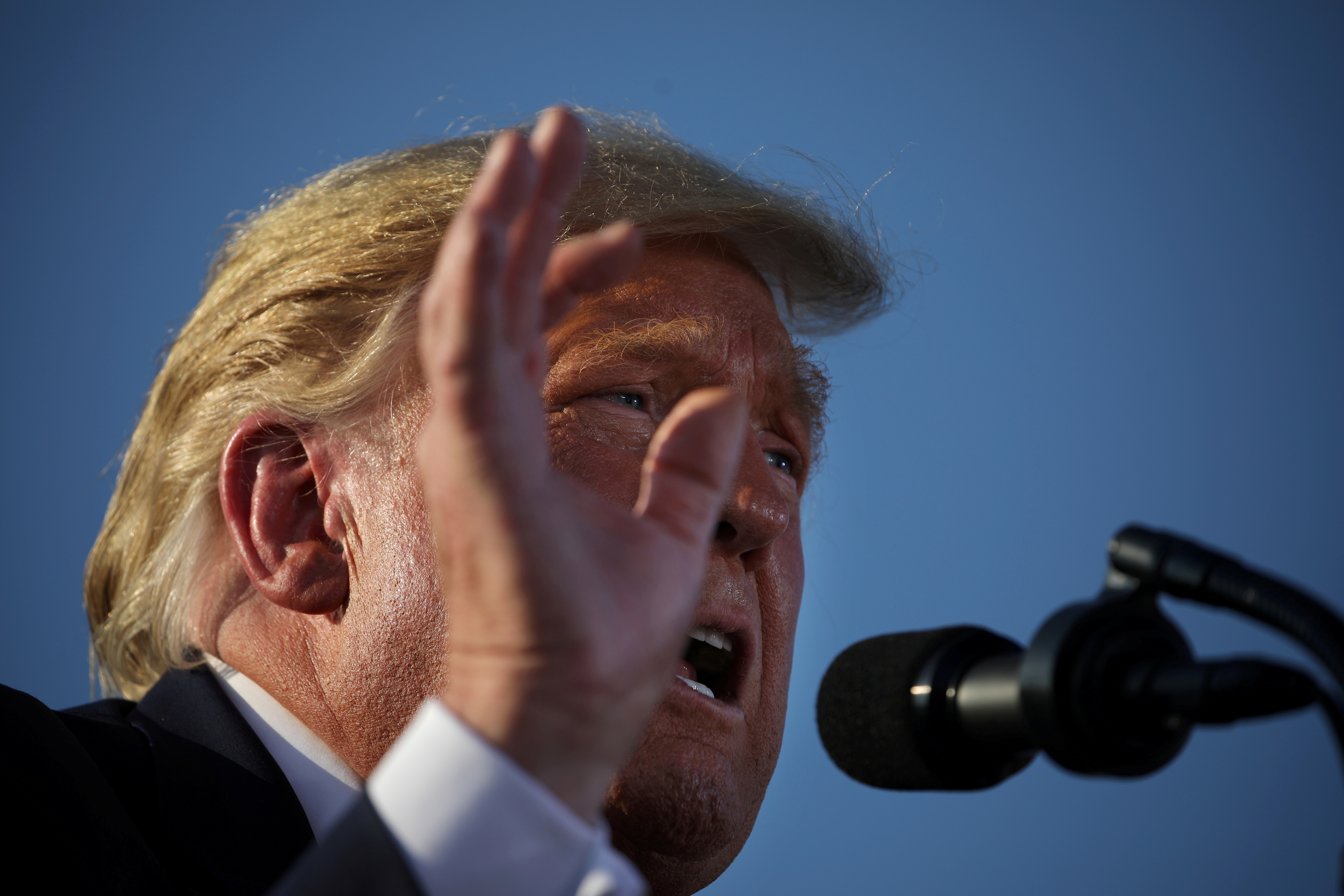 Trump, who trails Biden in virtually every national poll, has sought in recent days to magnify a New York Post report — citing unverified emails reportedly taken from Hunter Biden’s laptop hard drive — alleging he tried to introduce a Ukrainian businessman to his father when he was the vice president. The Biden campaign said a review of Biden’s calendars show no record a meeting ever occurred.

The FBI has reportedly probed whether the emails are part of a Russian disinformation campaign to interfere in the 2020 election, as dozens of former intelligence officials suspect.

More than 50 former senior intel officials signed a letter outlining their belief that the recent disclosure of the emails “has all the classic earmarks” of a Russian disinformation operation.

Nonetheless, John Ratcliffe, Trump’s director of national intelligence, has said the emails are not part of a russian disinformation campaign, and nearly a dozen House Republicans have demanded the Justice Department assign a special prosecutor to investigate the case.

In a letter to Barr, 11 GOP lawmakers, including Reps. Andy Biggs, R-Ariz., Paul Gosar, R-Ariz., Ted Yoho, R-Fla., said it was “imperative” that there was “a full accounting of former Vice President Biden’s dealings with this son and his son’s business partners, and if the former vice president misused his office for personal gain.”

“If these reports about former Vice President Joe Biden and his son, Hunter, are true, the former vice president fell far short of his responsibility to uphold his constitutional oath and betrayed the sacred trust of the American people,” the letter says.

Shortly after the Post story was published, the Biden campaign called such allegations bogus.

“Investigations by the press, during impeachment, and even by two Republican-led Senate committees whose work was decried as ‘not legitimate’ and political by a GOP colleague have all reached the same conclusion: that Joe Biden carried out official U.S. policy toward Ukraine and engaged in no wrongdoing,”  Biden campaign spokesman Andrew Bates said. “Trump administration officials have attested to these facts under oath.”