China’s Communist Party has sent a defiant message towards Washington, insisting Beijing will not surrender to the increased pressure by US tariffs on Chinese goods. In the official newspaper of the Party, the People’s Daily, the headline simply wrote ‘This, is China’s attitude!’. This was followed by three stern messages written in gold letters, when translated it said: “Negotiate, sure! “Fight, anytime! “Bully us, wishful thinking!”

Tensions between the world’s two largest economies surged on Friday after the US announced it would increase its levies on $200 billion of Chinese imports to 25 percent from 10 percent.

On Monday China retaliated with higher tariffs on a revised list of $60 billion worth of US products.

The US president sent a warning to Chinese President Xi Jinping that businesses will be “hurt badly” if it does not come to an agreement and accused China of pulling the plug on a deal. 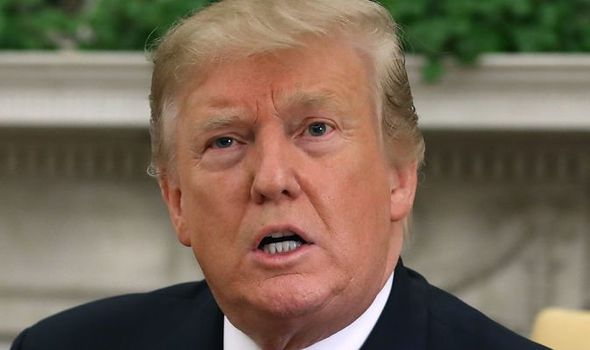 Mr Trump wrote on Twitter: “I say openly to President Xi & all of my many friends in China that China will be hurt very badly if you don’t make a deal because companies will be forced to leave China for other countries. Too expensive to buy in China. You had a great deal, almost completed, & you backed out!

Neil Wilson, chief market analyst at Markets.com labelled the latest developments a “serious escalation” and proved China would not be backing down.

Mr Wilson said: “Make no mistake this is a serious escalation and we have a trade war on our hands again. 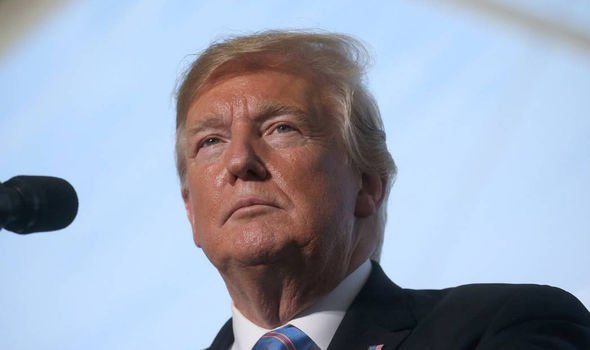 “The breakdown last week has not proved temporary and it seems China is prepared to go toe-to-toe with the US on this.”

The US president later insisted the US is in a “fantastic position” but left the door open for a deal insisted the two countries would make a deal with China as soon as tomorrow.

Mr Trump made it clear talks had not collapsed and called the widening US-China tariff war “a little squabble”.

Washington has maintained its ‘America first’ policy and stated an agreement to break the dispute will only be made if its a “great deal” for the US.

Mr Trump added: “When the time is right we will make a deal with China. My respect and friendship with President Xi is unlimited but, as I have told him many times before, this must be a great deal for the United States or it just doesn’t make any sense.

“We have to be allowed to make up some of the tremendous ground we have lost to China on Trade since the ridiculous one sided formation of the WTO. It will all happen, and much faster than people think!

Mr Trump also said he expected to meet with the Chinese President at a G20 leaders summit in Japan in late June.

But stated he had not decided whether to go ahead with threatened tariffs on another $325bn of Chinese imports.

Meanwhile the US President outlined plans for his administration to provide about $15 billion in aid to help US farmers whose products were targeted by Chinese retaliatory tariffs.

We will use your email address only for sending you newsletters. Please see our Privacy Notice for details of your data protection rights. Another royal…

We will use your email address only for sending you newsletters. Please see our Privacy Notice for details of your data protection rights. Scientists said…