Thousands of Donald Trump supporters are now surrounding Washington D.C.’s Capitol Hill area in protest, according to Sky News reporter Sally Lockwood. The USA Capitol police have announced a security breach inside as demonstrators gathered to protest the November election result. This comes after the outgoing US President held a rally for his supporters only hours earlier.

The reporter said: “It’s a very volatile situation down there – these protestors, of which there are thousands, have surrounded the Capitol’s entrance.

“There are thousands more in the surrounding areas around Capitol Hill.

“They marched here from that rally that we saw Donald Trump address his supporters from a few hours ago.

“He urged them to take part in this march, to protest the election result.” 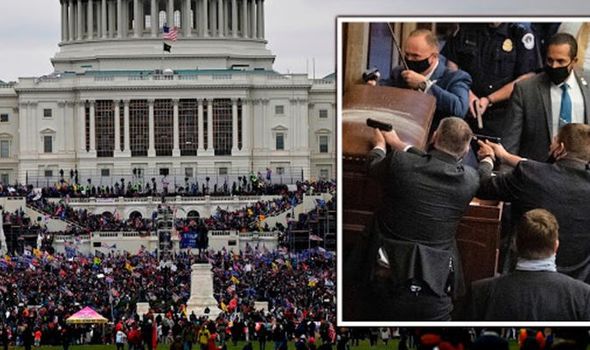 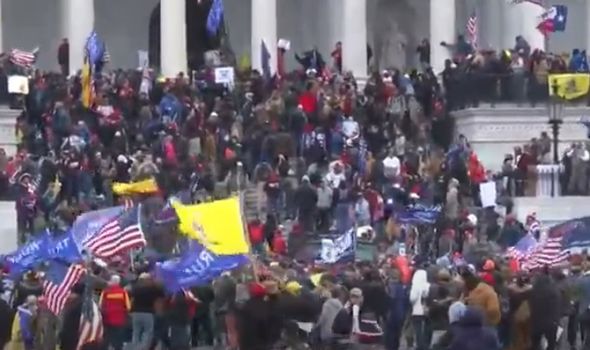