DONALD Trump has vowed to rebuild Kenosha as he toured the dismantled city after the police shooting of Jacob Blake prompted unrest.

The president went to see the riot-induced "destruction" in Kenosha, Wisconsin on Tuesday afternoon. 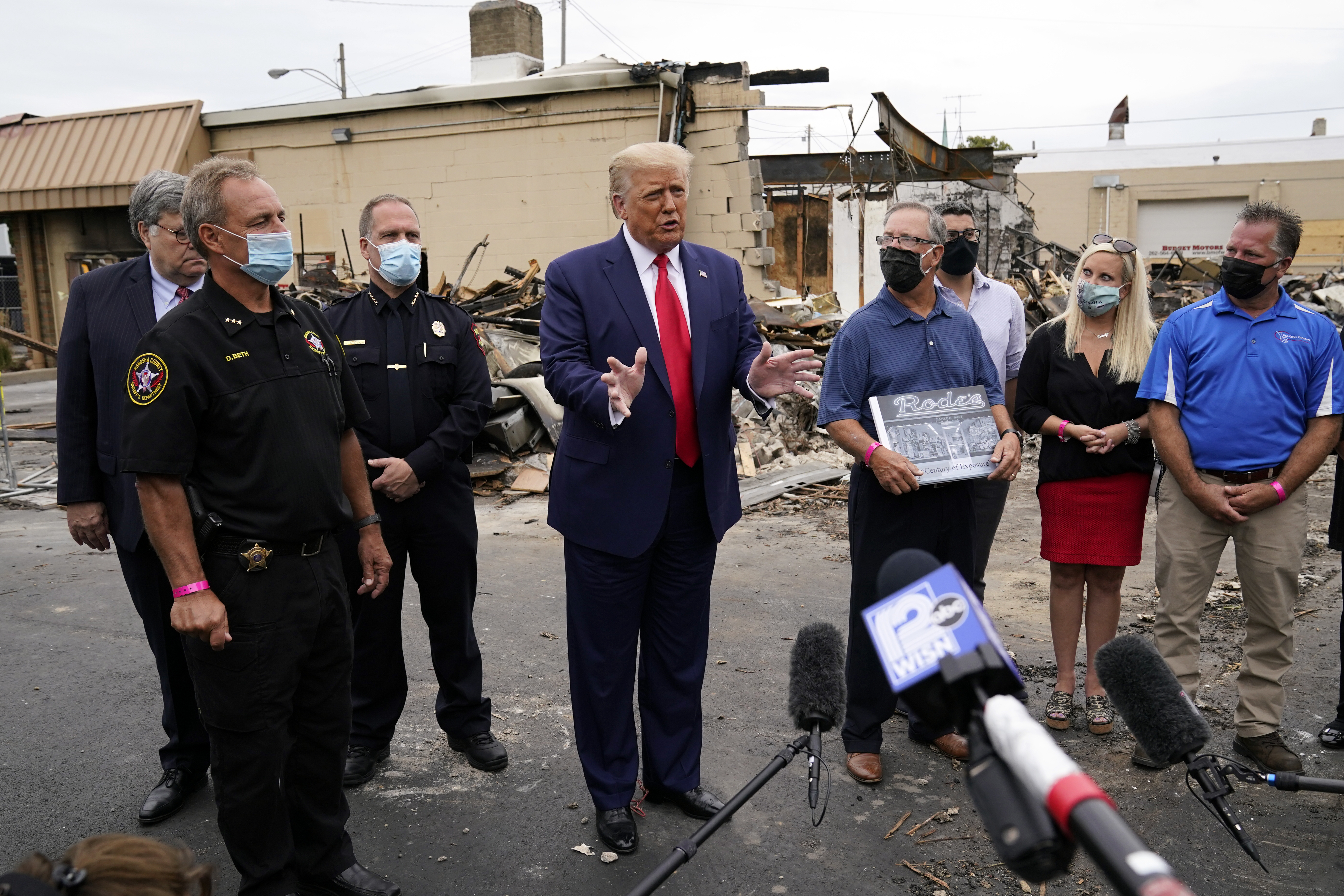 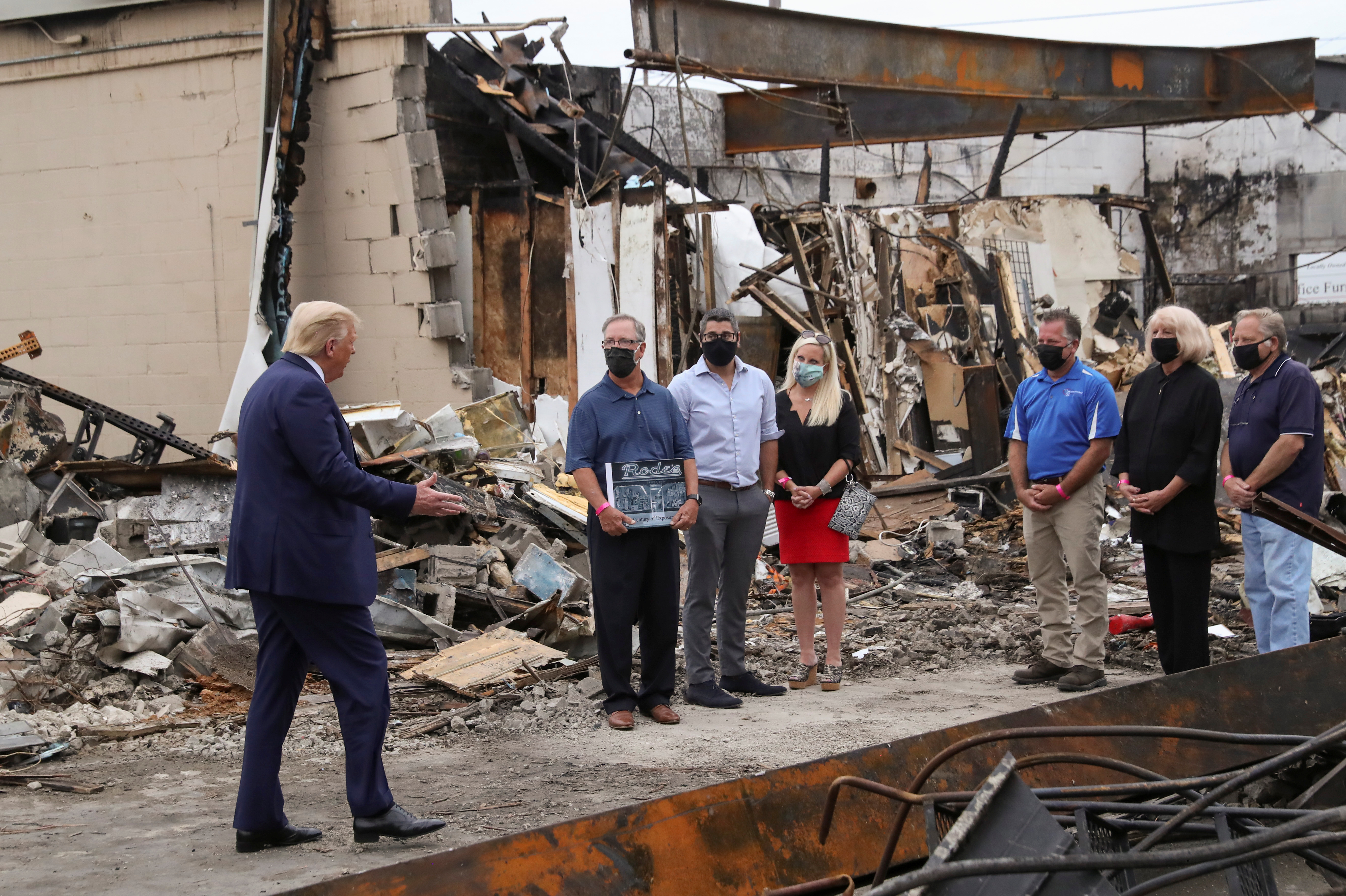 He slammed Democratic leaders for allowing the destruction to take place and spoke with store-owners.

Trump said: “They just don’t want us to come in and then destruction is done.

As the president was driven to the run-down area and a heavy police presence was seen, along with American-flag toting supporters and protesters holding Black Lives Matter signs.

Trump was greeted by six business owners at the press conference. 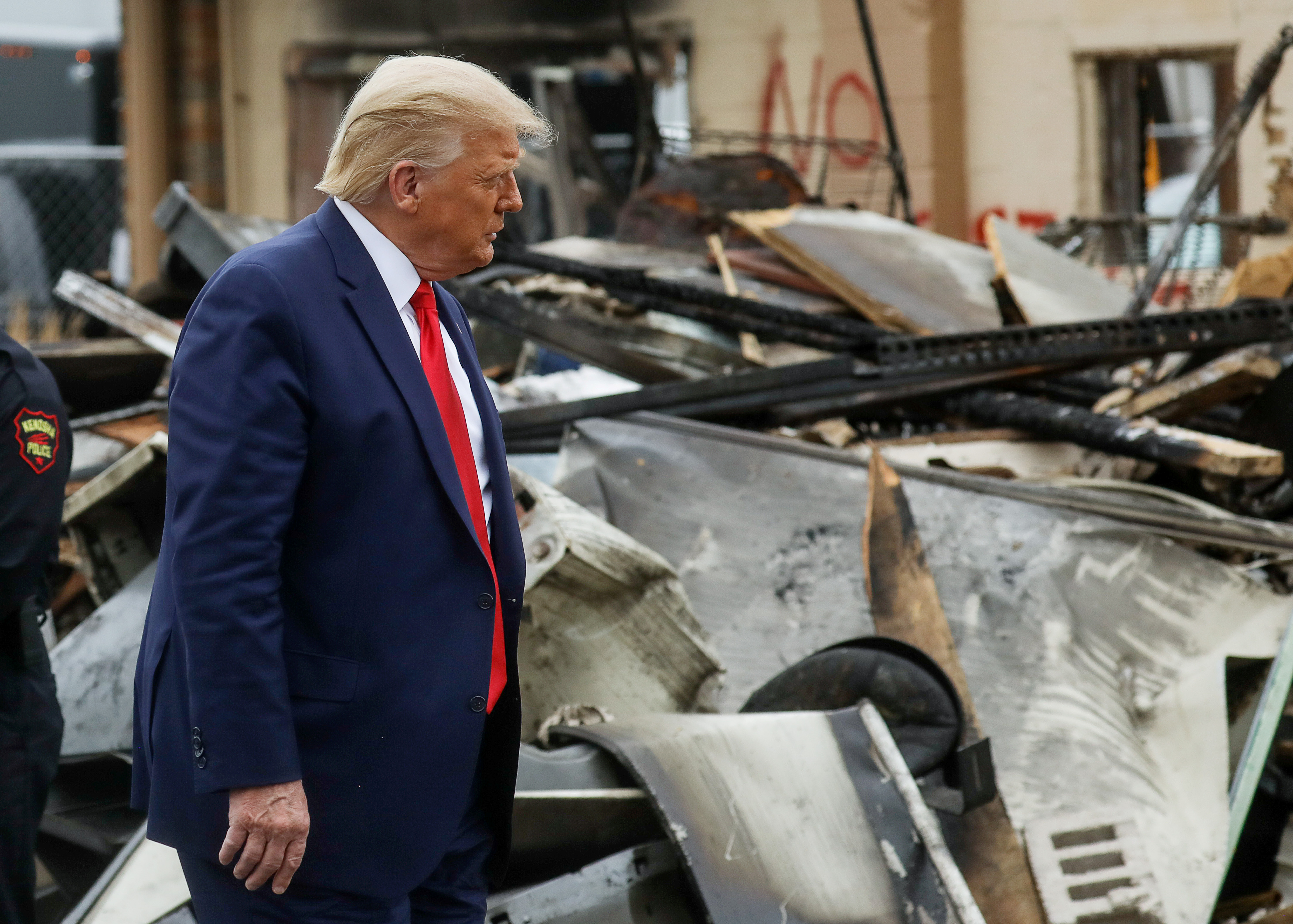 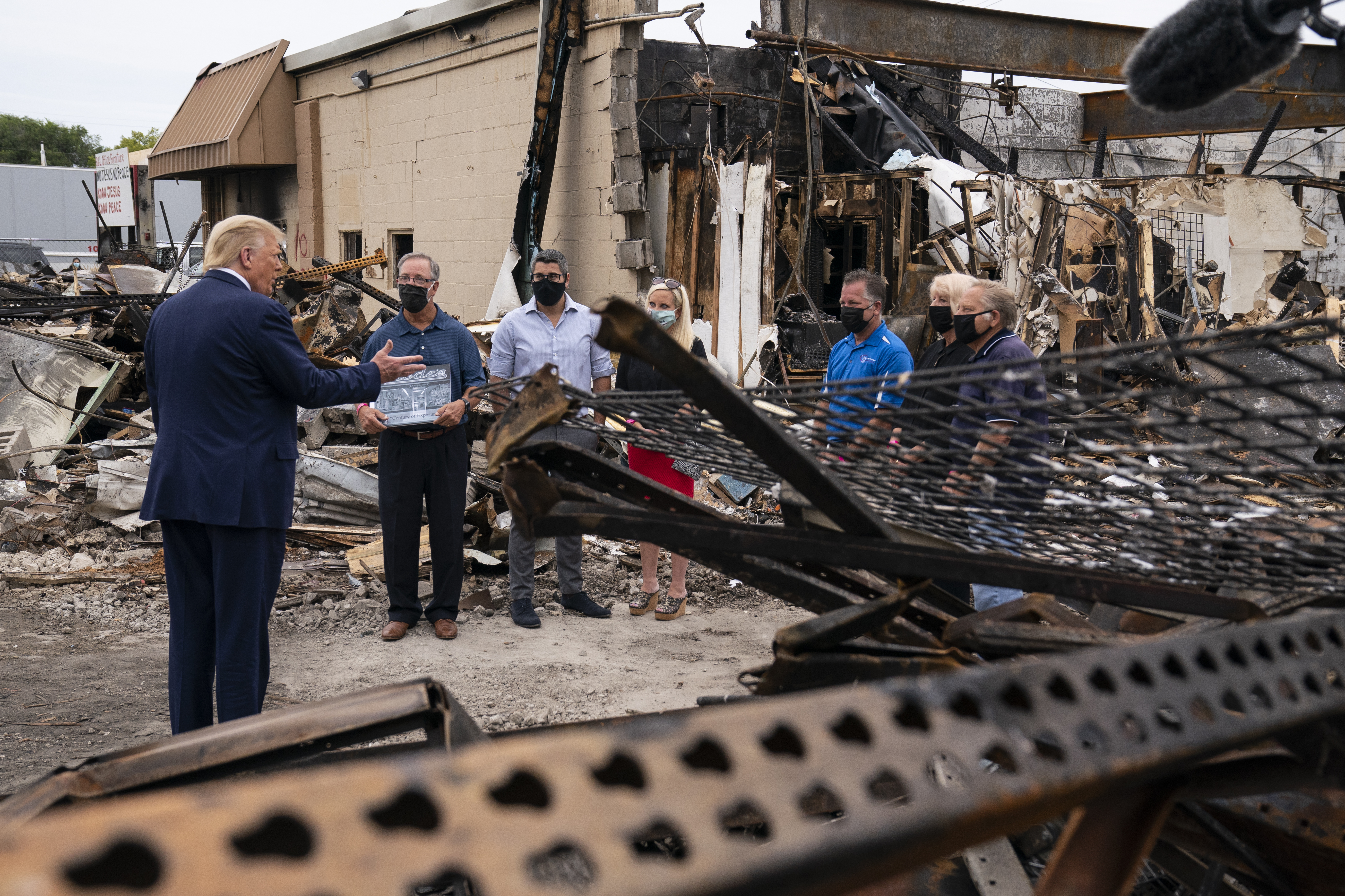 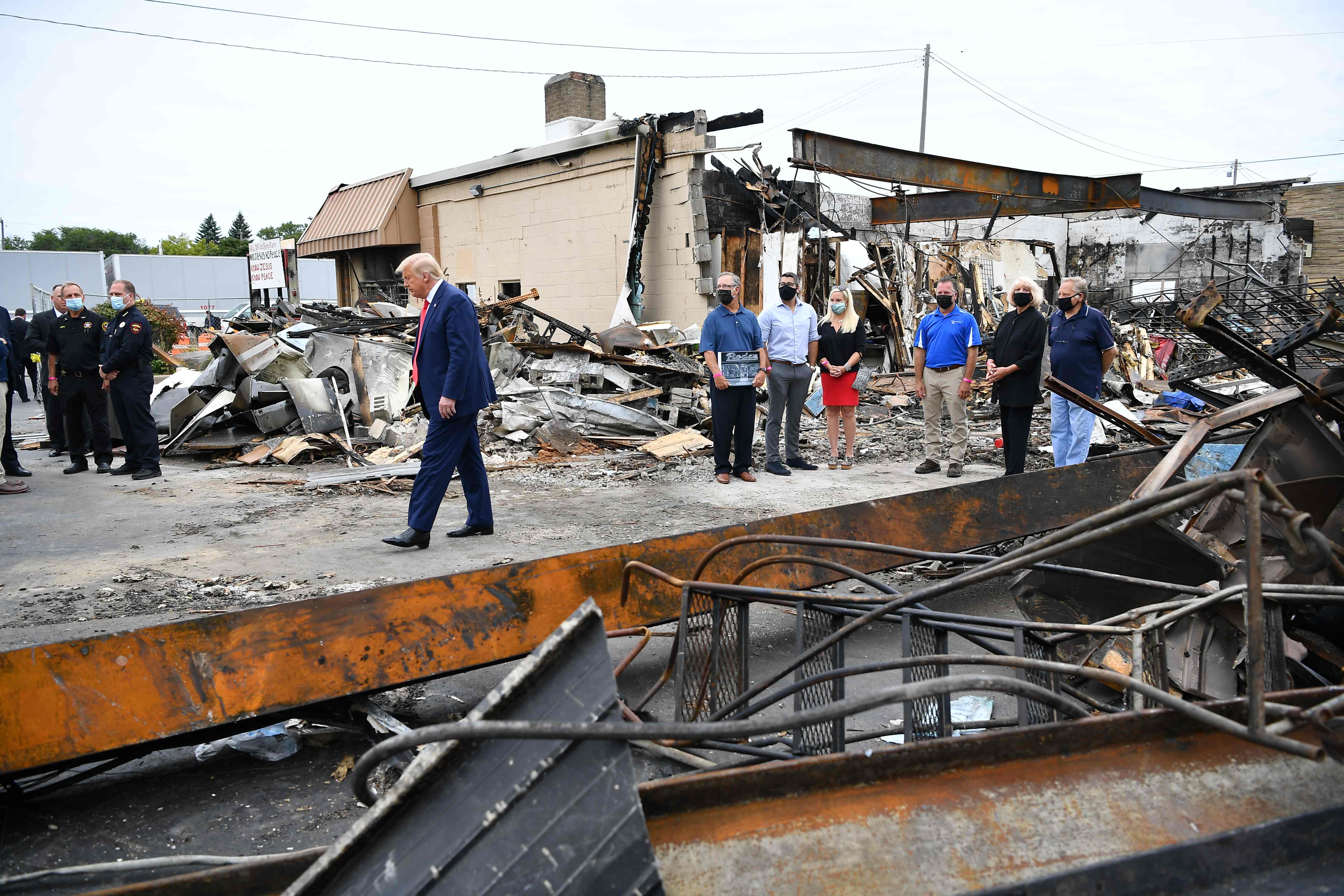 At the start of his visit, Trump told reporters: "We’re going to get it fixed up, we’re going to help people rebuild their businesses in Kenosha…we’re getting it straightened out."

The president revealed on Tuesday that $1million will be given to Kenosha law enforcement, $4million will go toward local businesses hurt by the violent protests, and $42million to aid public safety across the state, Fox News reported.

Trump also took some time to visit high school that had been turned into into a law enforcement command post.

Speaking at a roundtable in Kenosha, Trump said: "Kenosha been ravaged by anti-police and anti-American riots.

"These are not acts of peaceful protests, but domestic terror." 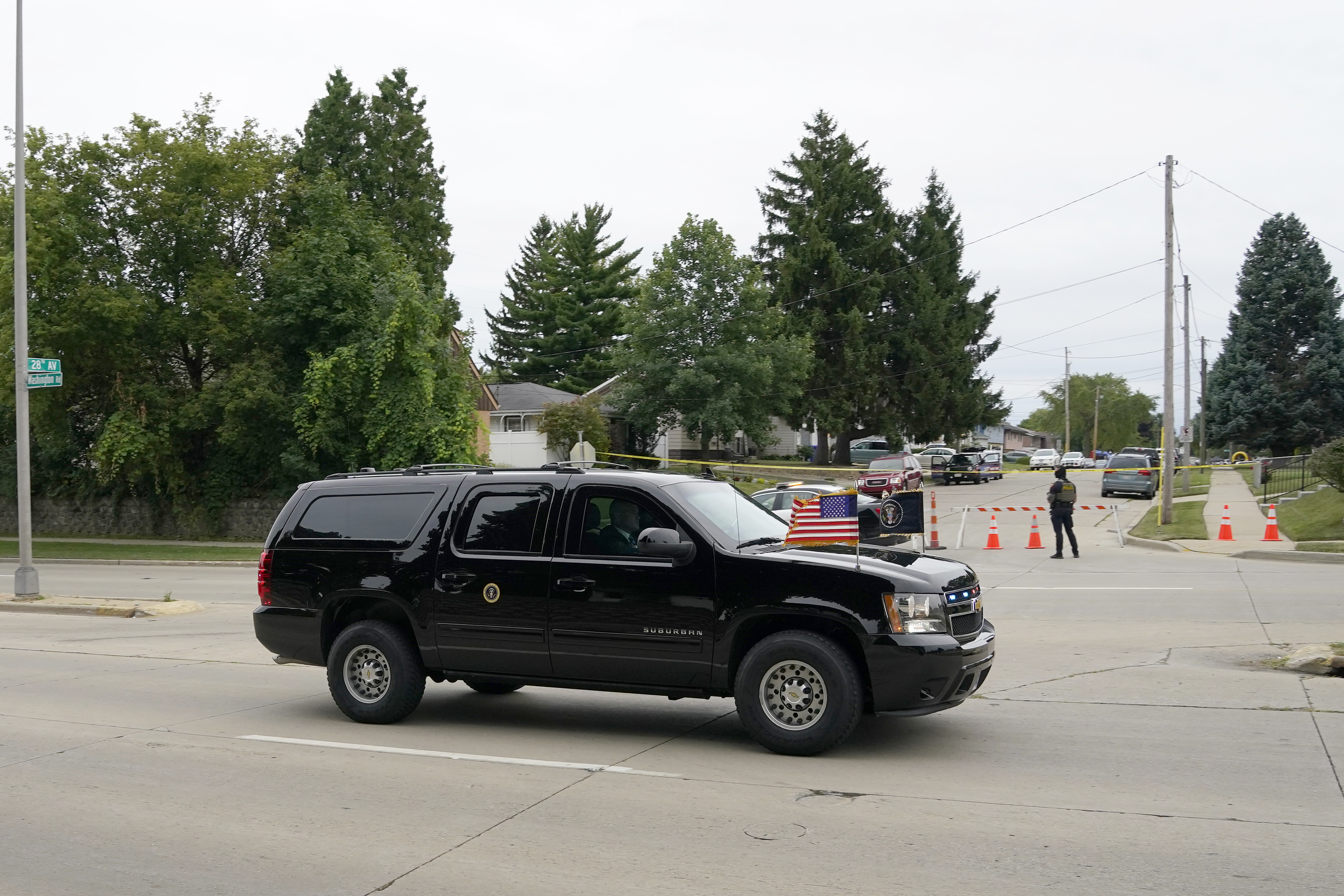 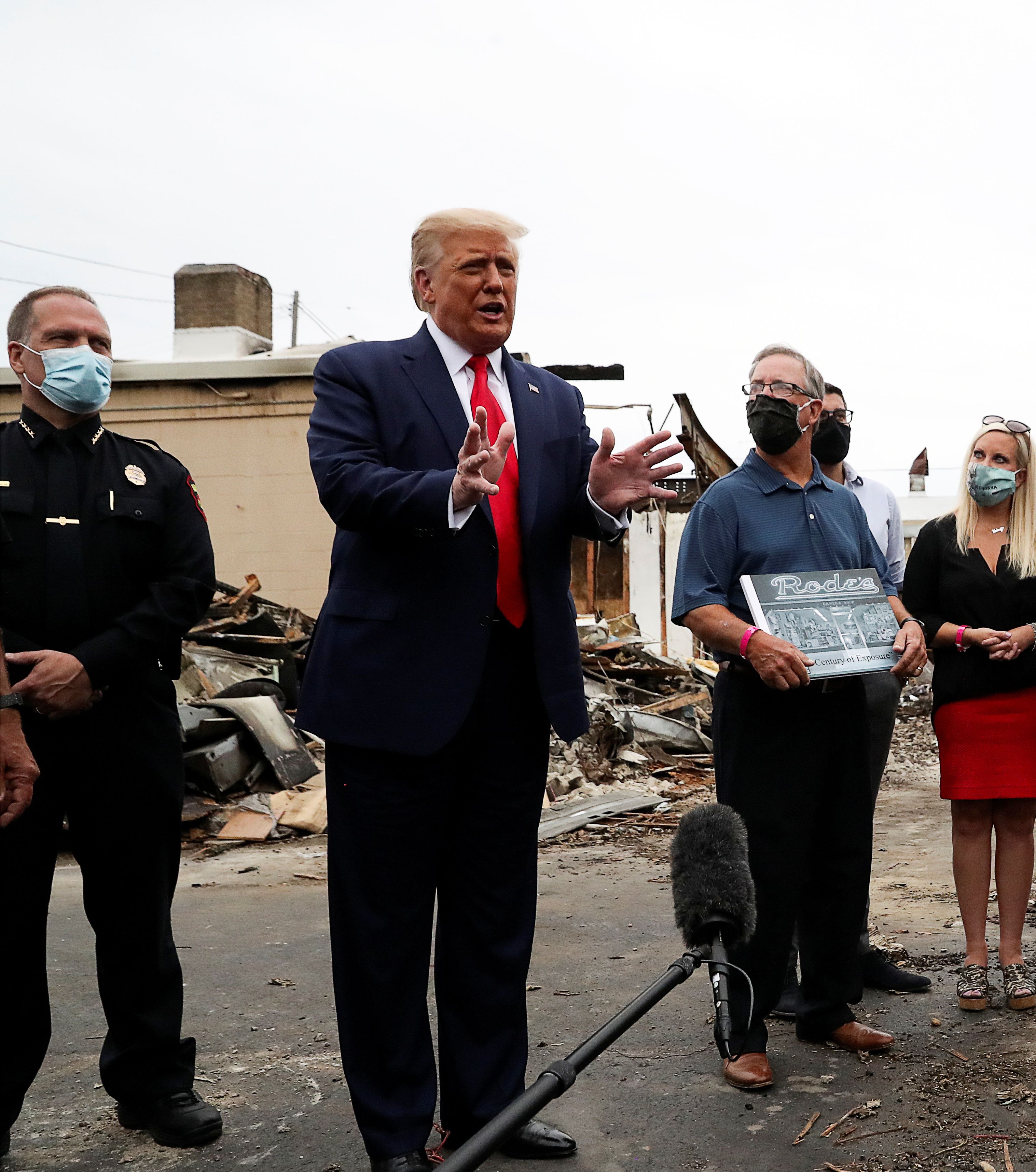 Before his arrival, Trump tweeted: "Heading to Kenosha, Wisconsin, to thank Law Enforcement and the National Guard for a job well done.

"The Violence stopped six days ago, the moment the Guard entered the picture. Thank you!"