TAIPEI (Reuters) – Taiwan is not intimidated by China’s military drills this week, President Tsai Ing-wen said on Tuesday, after the latest Chinese military maneuvers were denounced by a senior U.S. official as “coercion” and a threat to stability in the region. 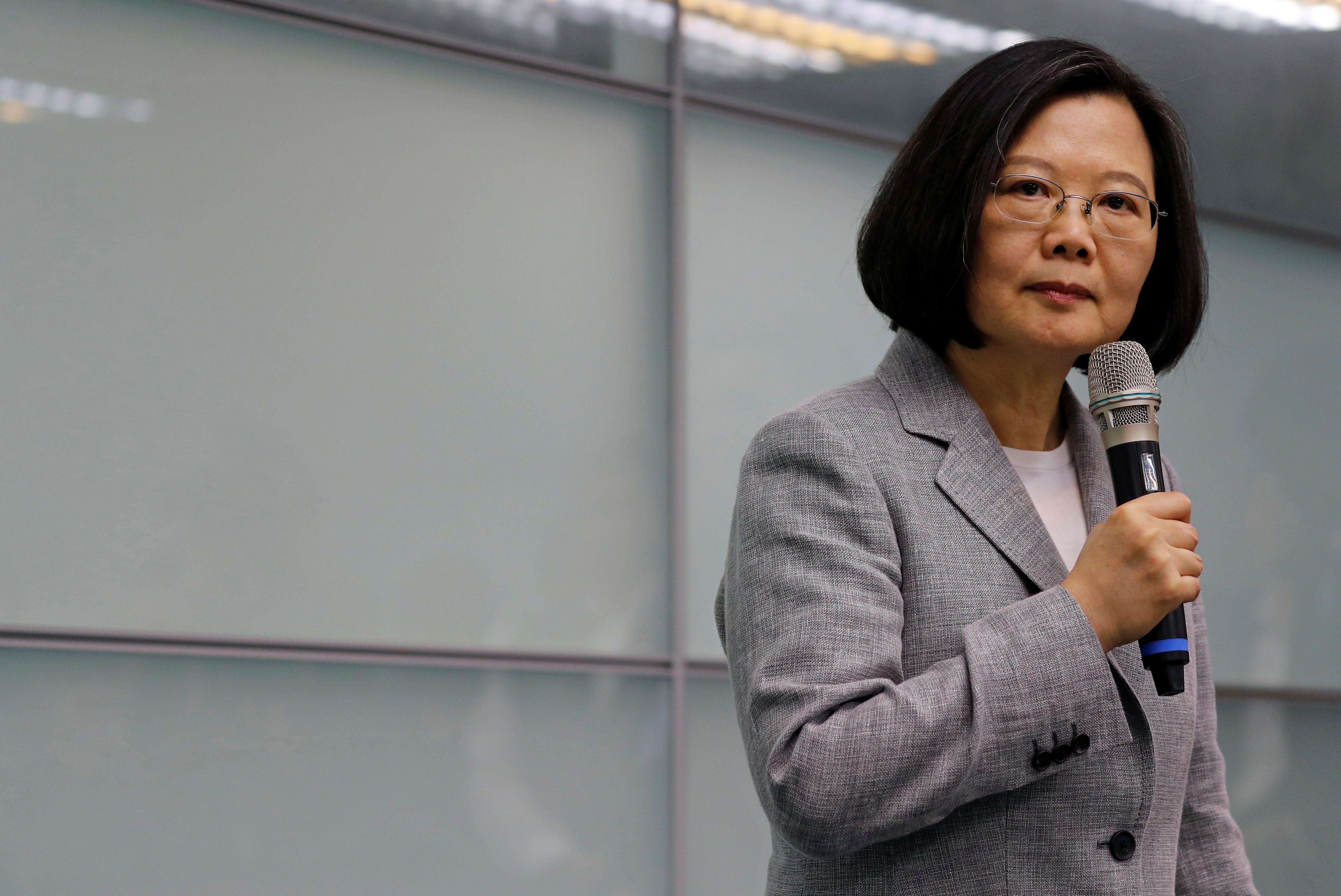 China’s People’s Liberation Army said its warships, bombers and reconnaissance aircraft had conducted “necessary drills” around Taiwan on Monday, although it described them as routine.

Tsai said Taiwan was not intimidated by the drills.

“As you may be aware, China’s armed forces yesterday sent a large number of military aircraft and naval vessels into our vicinity. Their actions threaten Taiwan and other-like minded countries in the region,” Tsai said.

“These actions only serve to strengthen our resolve. Our military forces have the capacity, determination, and commitment to defend Taiwan and not allow coercion to dictate our own future,” she said.

Tsai also said the Trump administration had notified Taipei of its third arms sale to Taiwan, the training of pilots at the Luke Air Force Base in Arizona.

“It enhances their abilities to defend our air space. I want to express my appreciation to the U.S. government for the announcement,” she said.

Tsai was speaking at a forum co-hosted by Taiwan’s Ministry of Foreign Affairs to mark the 40th anniversary of Taiwan-U.S. ties under the Taiwan Relations Act, following Washington’s decision to ditch formal recognition of Taiwan in favor of China in 1979.

The event was attended by a delegation led by Paul Ryan, the former speaker of the U.S. House of Representatives.

Taiwan scrambled jets and ships to monitor the Chinese forces on Monday, its defense ministry said, accusing Beijing of “trying to change the status quo of the Taiwan Strait”.

The goal of the drills was to practise a “combined firepower assault” that included electronic jamming from aircraft under the protection of fighter jets, the People’s Liberation Army Daily reported on Tuesday.

Bombers “screamed” towards the area and carried out “sudden attacks” while warships occupied assault positions and conducted attacks on “enemy” fire points, the official paper of China’s military said. Landing forces reached specified waters, which were circled by helicopters at low altitude.

The paper cited a Chinese military representative as saying the drills were annual, planned exercises that were “completely within the normal legal rights of a sovereign country”.

China has repeatedly carried out what it calls “island encirclement patrols” in the past few years.

Ryan said the United States considers any military threat to Taiwan a concern and urged China to stop, saying the moves were counterproductive.

The United States has no formal ties with Taiwan but is bound by law to help provide the island with the means to defend itself and is its main source of arms.

China has stepped up pressure on Taiwan and suspects Tsai is pushing for the island’s formal independence. That is a red line for China, which has never renounced the use of force to bring Taiwan under its control.

Tsai says she wants to maintain the status quo with China but will defend Taiwan’s security and democracy.

The visit by U.S. officials comes just weeks after Tsai said the United States was responding positively to Taipei’s requests for new arms sales to bolster its defenses in the face of growing pressure from China.

Washington sent Navy and Coast Guard ships through the narrow strait separating the island from the mainland last month, part of an increase in the frequency of U.S. movement through the strategic waterway to show support for Taipei.