Rare Tudor science books written by the inventor of the protractor Thomas Blundeville are set to fetch £30,000 at auction after they were found blocking a leaky thatched roof

Rare Tudor science books written by the man who invented the protractor are set to fetch £30,000 at auction — after they were found blocking a leaky thatch roof.

The sammelband — a collection of separately printed texts later bound together — contains ten rare scientific works and still has its contempered binding.

The ‘very very’ rare books were found under bird poo and straw-covered thatching in North Wiltshire, and may have been there for centuries.

It was printed first in 1589, 42 years after the death of Henry VIII and 31 years into the reign of Elizabeth I. 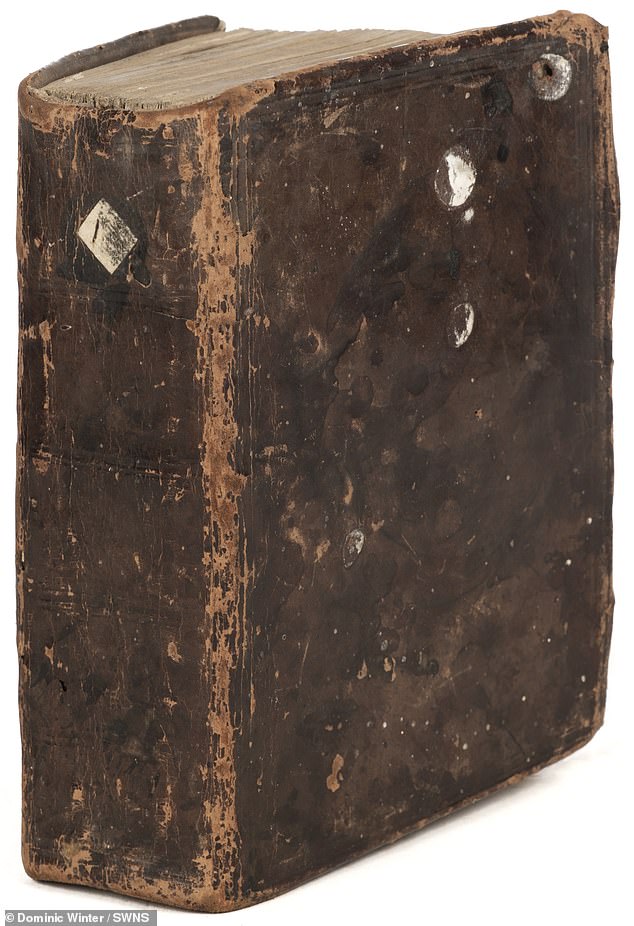 The sammelband — a collection of separately printed texts later bound together — is estimated to go for £20,00 to 30,000 at an auction next month 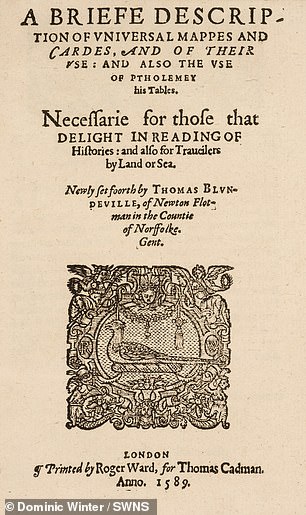 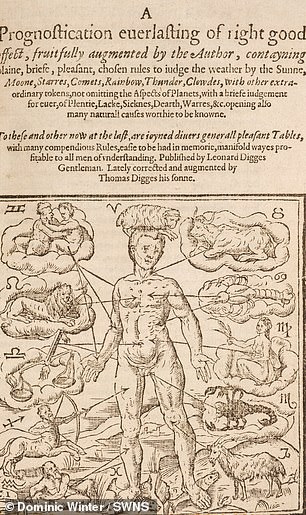 The collection includes a book by Tudor author Thomas Blundeville, who invented the protractor. This alone may be worth £20,000, according to auctioneers 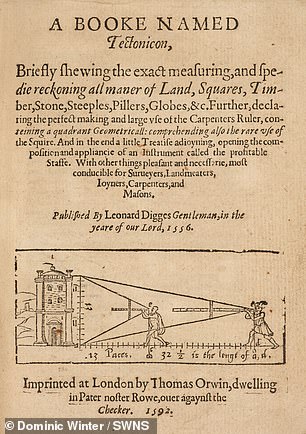 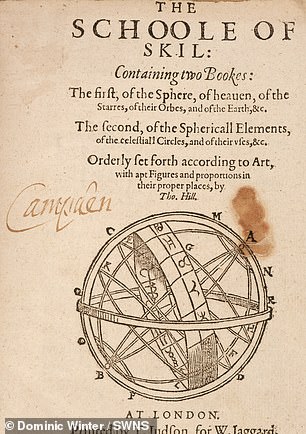 The science collection includes texts from Thomas Blundeville, Edward Wright and Leonard Digges. The books date back to the 16th century during Tudor rule in Britain

It includes a book by Tudor author Thomas Blundeville, who invented the protractor. This alone may be worth £20,000, according to auctioneers.

Chris Albury at Dominic Winter Auctioneers said that they seem to have been owned by a ‘Viscount Campden’.

Likely one of the first three Viscounts, the find is surprising as none were known as particularly scientific or ‘bookish’ men, Mr Albury said.

The sammelband was sold on and still has the signatures of owners Robert Winkles (1716) and Thomas Banning (1817).

Thomas Blundeville was an English mathematician and writer.

He has been credited with inventing  the protractor, now a common tool in classrooms.

He described it as a semicircular instrument for measuring angles.

He also wrote about the art of riding horses, geography, travel, navigation, astronomy and translated works from Italian into English.

There are two other 17th Century ink ownership signatures of Robert Hillary and V.W. on the title page of the first text.

Written by famous authors including Thomas Blundeville, Edward Wright and Leonard Digges. The books date back to the 16th century during Tudor rule in Britain.

One book by Blundeville; ‘A Briefe Description of Universal Mappes and Cardes, and of Their Use: and also of the use of Ptholemey his Tables’ may be worth £20,000 alone, according to auctioneers.

Mr Blundeville was a pioneering humanist writer and mathematician.

He is known for work on logic, astronomy and for inventing the protractor, an everyday classroom tool in most schools.

Mr Albury said: ‘It’s an incredible find in that it was discovered in the last few years under the thatch of an outbuilding under straw and bird poo and may have been there undisturbed for centuries.

‘Each book is rare and some of them very, very rare.

‘I had to collate it carefully to see what was missing before coming up with a valuation and I was staggered to find how complete it is and how careful the binder had been.

‘The binder has been sensitive enough to trim around these occasional larger page extensions and fold the edges into the text.

‘I don’t know if my estimate will turn out to be a massive underestimate but it’s certainly very special.’

Another text in the collection, by Thomas Hill, explicitly rejects Copernicanism — the idea that the earth and other planets orbit the sun.

Mr Hill was one of only two 16th Century astronomers to do so.

He also includes descriptions of America and Peru, areas that were largely undiscovered by Europeans at this time.

Another, by Leonard Digges, supports the idea that the universe is infinite.

This text contains his full diagrams to explain his theories — which is missing from most surviving copies.