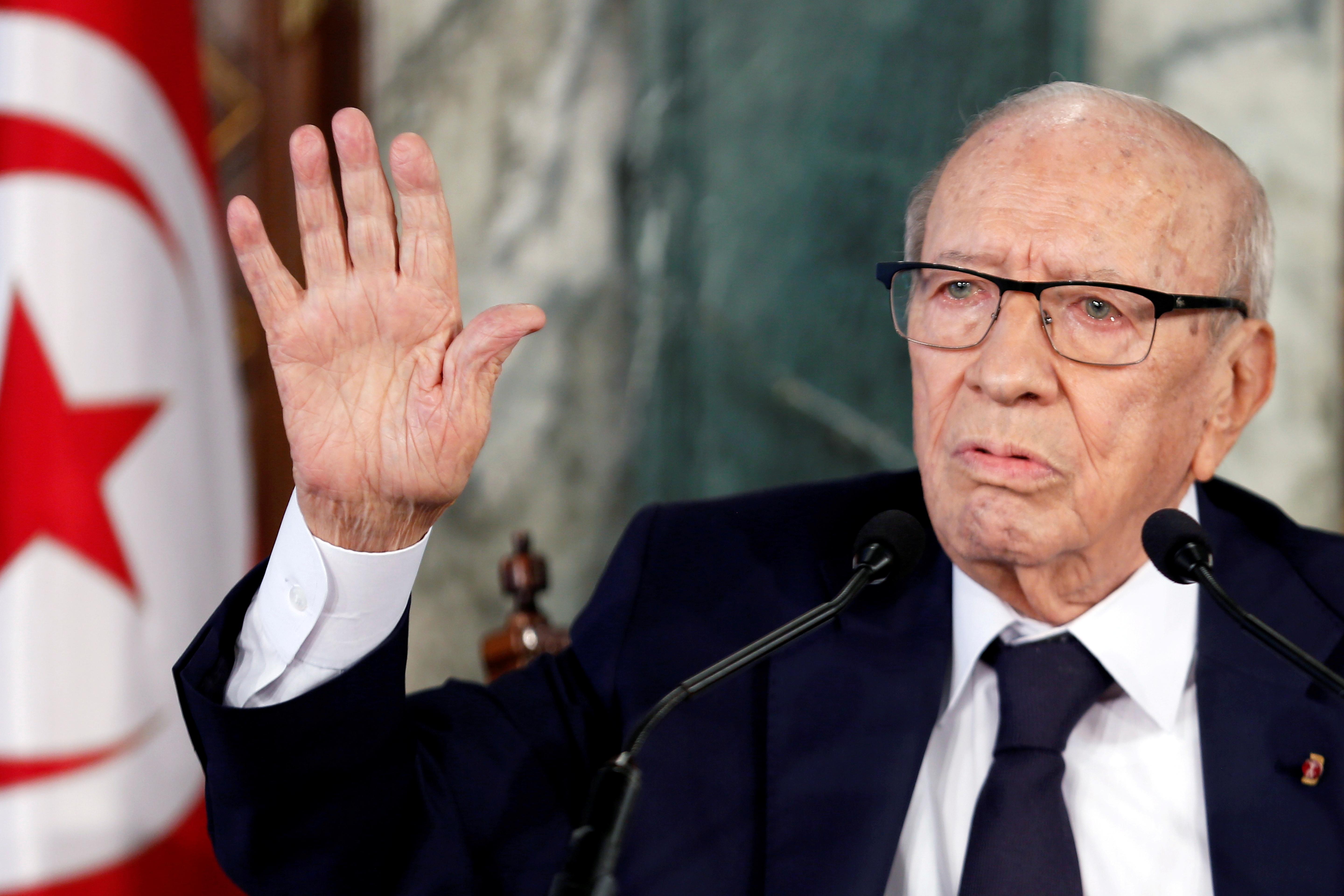 TUNIS (Reuters) – Tunisian President Beji Caid Essebsi, who was taken ill last week, left hospital on Monday in “normal health” and will resume work in the coming days, the president’s son said on his Facebook page.

The presidency later published a picture of the 92-year-old leader, apparently surrounded by medical staff, as he left a military hospital in Tunis.

Essebsi had been taken to hospital on Thursday after suffering a “severe health crisis”.

Essebsi has been a prominent figure in Tunisia since the overthrow of veteran autocrat Zine El-Abidine Ben Ali in 2011, which was followed by uprisings against authoritarian leaders across the Middle East, including in nearby Libya and Egypt.

Tunisia set itself on a path to democracy without much of the violence seen elsewhere, although it has been the target of militant Islamists over the years. On Thursday, two suicide bombers blew themselves up in attacks on police in the capital Tunis, killing one officer and wounding several others.